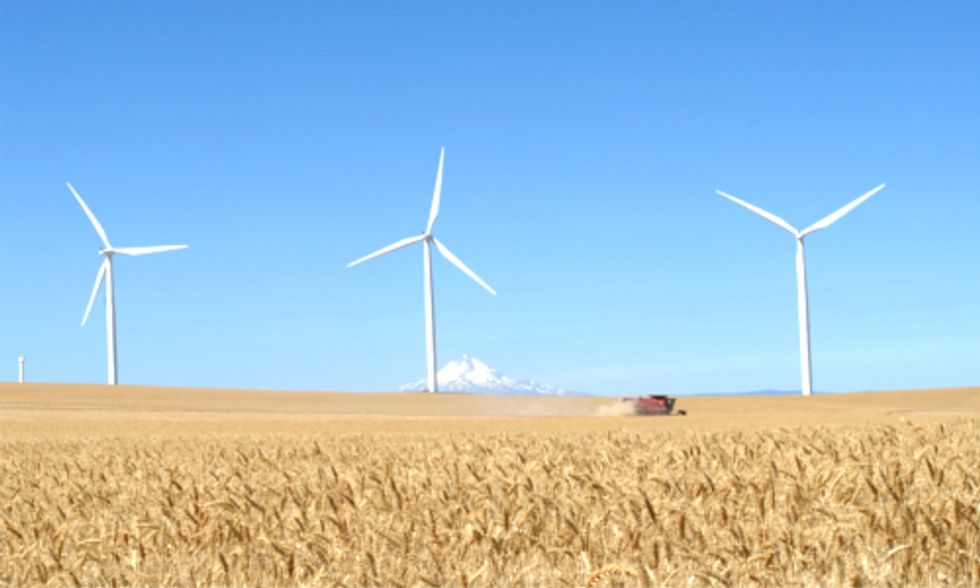 Companies across the country rushed to qualify for the wind production tax credit (PTC) in December, and for good reason—the chances of it returning seem even bleaker a few months later.

Because Republicans are seeking a broader tax overhaul this year, one representative says there's virtually no hope of the PTC making a return this year.

"Maybe there will be some in the Senate who will try to revive it but I really do think it’s dead in the House,” U.S. Rep. Charles Boustany, R-LA, told Bloomberg this week.

U.S. House of Representative Committee on Ways and Means Chairman Dave Camp, (R-MI), introduced a proposal last month that would retroactively reduce the credit from about 2.3 cents per kilowatt-hour of produced energy to 1.5 cents. The incentive would then be eliminated in 10 years. Camp's plan estimated that the PTC provision would increase revenues by $9.6 billion over time.

Boustany, a member of the House Ways and Means Committee says he doesn't see that provision or any other involving the PTC being seriously addressed this year.

Camp's plan indicated that prominent members of the wind industry said that the PTC wasn't needed for much longer, despite various instances of politicians and businesses fighting for its renewal. After all, wind generation more than tripled since 2008 and a record 12,000 megawatts of U.S. wind farms were under construction by the end of 2013.

Boustany said that the industry may want a slower reduction in payments than Camp's draft calls for, but it ultimately has favored a phaseout of the PTC. That may be why it's not a significant priority, even though President Barack Obama lauded renewable energy in front of his large State of the Union audience.

“In fact, they were the only industry that came to us and said we don’t need this down the line,” Boustany said. "[Wind project backers] just need it to bridge the investment that was contingent on it.”

Meanwhile Obama's recent budget proposal called for an extension and expansion of the PTC, to replace the investment tax credit, which displeased the solar industry.

As Oregon Sen. Ron Wyden assumed leadership of the Senate Finance Committee, he received a petition with 50,000 signatures calling for the renewal of the PTC. Before leaving the Senate to become the U.S. ambassador to China, Wyden's predecessor, Max Baucus, proposed a consolidation of energy tax credits that would have preserved the PTC through 2016 before morphing its principals into one or two much broader credits.

“The wind industry has been and will continue to be engaged in tax-reform discussions,” Tom Kiernan, CEO of the American Wind Energy Association, said. “The Senate Finance Committee offered a very constructive approach to reform, in our view, and we look forward to working with Congress as debate over tax reform continues.”