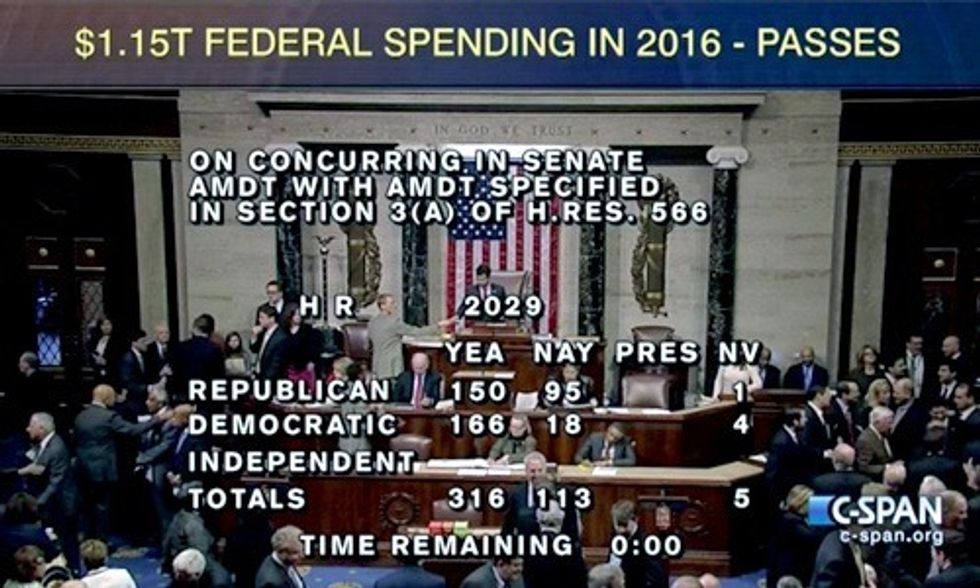 The centerpiece of this bill, lifting the crude-oil export ban, is an outrage. At the same time, Democrats successfully secured a number of important victories for clean energy, public lands and our climate during hard fought negotiations.

This early Christmas gift to Big Oil, ExxonMobil and the Koch brothers from Congressional Republicans will send American jobs overseas, rip up more iconic American landscapes to pump oil that nobody needs, and increase the carbon pollution that’s driving the climate crisis.

Unfortunately, Congressional Republicans have yet to recognize that the entire world, including even the biggest oil producing states like Venezuela, Saudi Arabia, and Russia just agreed to set an expiration date on fossil fuels and power the world with clean energy.

Democrats were successful in ensuring that some aspects of this budget move America closer to our clean energy future. Those include long term extensions of wind and solar energy tax credits, as well as the near total absence of destructive riders designed to de-fund essential clean air and clean water programs. Furthermore, Congressional Republicans were ultimately unable to block important international climate funding which their most fringe members threatened to withhold throughout the global negotiations in Paris.

Other important measures, including an extension of the Land and Water Conservation Fund (LWCF), as well as a small but insufficient start toward funding essential policies that help the communities and workers historically reliant on coal, were also included.