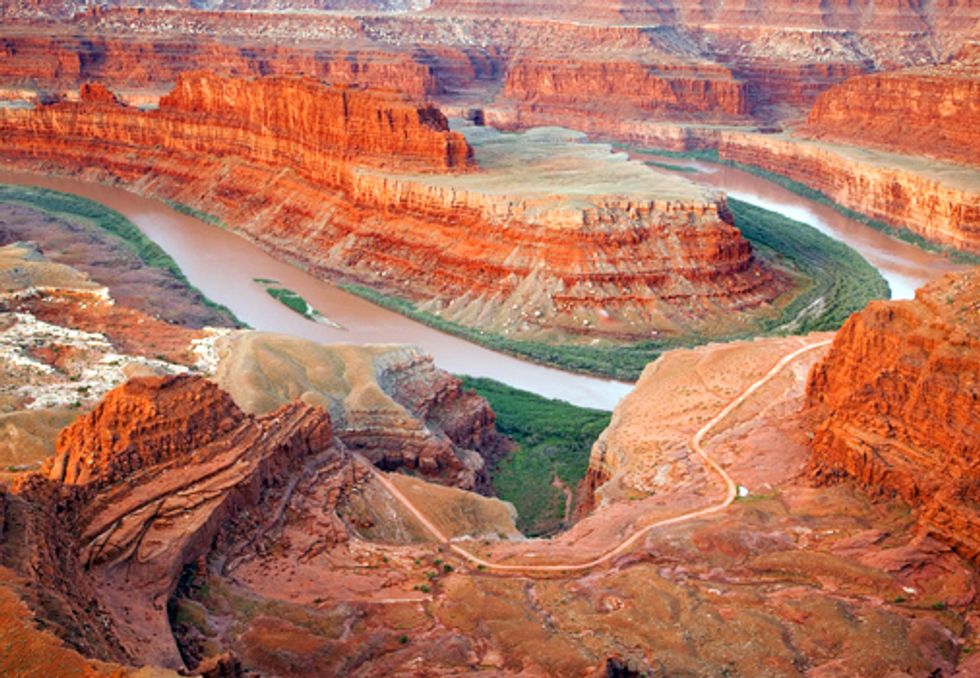 On April 3, the Department of Interior’s Bureau of Reclamation publicly released proposals submitted to bring supply and demand upon the Colorado River’s water back into balance. The bureau is considering these proposals through the Colorado River Supply and Demand Study, and Interior Secretary Ken Salazar is now hearing from businesses and Members of Congress regarding their preferred solutions. Six members of the U.S. House of Representatives and four members of the U.S. Senate from five Colorado River Basin states have signed letters to Secretary Salazar urging him and the Bureau of Reclamation to consider the common sense measures championed by Protect the Flows, a coalition of more than 370 businesses from the seven Colorado River basin states.

“Thirty-six million Americans rely on the Colorado River,” said Sen. Jeff Bingaman (D-New Mexico), chair of the Senate Natural Resources Committee. “It is important for water managers to develop long-term plans that will improve urban water conservation and agricultural efficiency, while preserving the recreational economy that follows this river. It’s my hope this study will help states identify common-sense plans that will bring water certainty for generations to come.”

The businesses of Protect the Flows are concerned that the immense cost and regulatory issues associated with some solutions being offered to the Bureau of Reclamation would put their implementation off to the distant future or render them altogether unviable. One such proposal they point to is a pipeline that would carry water from the Mississippi River westward through five states and into the Colorado River system. The initial construction costs alone range into the hundreds of billions of dollars, a cost that would ultimately show up on people’s tax and water bills. Other such expensive and elaborate ideas include towing icebergs or large bags of water from Alaska by boat to Southern California.

“Our businesses and these Congressional leaders understand that we don’t have time, money or political will for proposals that don’t have a realistic path to completion,” said Protect the Flows spokesperson Molly Mugglestone. “We’re going to work together to implement proven, low cost solutions that can help sustain our recreation economy, our farms and our drinking water.”

The business coalition has thrown their support behind more pragmatic, affordable measures that can be implemented in the near term. These measures include enhanced urban conservation, improved agricultural efficiency, and the expanded implementation of water banking—a practice that uses market forces to move water to users in need of it. Protect the Flows business delegates shared these ideas with the Department of Interior and members of Congress during a visit to Washington, D.C. in February of this year, which led to the coalition of Congressional Members sending “Dear Colleague” letters from both chambers to Secretary Salazar.

“We must sustain the viability of agriculture and provide drinking water for a growing population while keeping enough water in the river to support a healthy ecosystem and the recreation and tourism industries that rely on it. We must not forfeit one of Colorado’s greatest economic advantages,” said Sen. Mark Udall (D-CO) in the letter from the Senate

“The only way to preserve the economic future of the Southwest and the Colorado River system as a whole is to solve this fundamental supply and demand imbalance so we can have enough water available to meet everybody’s needs,” said New Mexico Rep. Lujan. “Focusing on urban conservation, agricultural efficiency and water banking will put us in a position to solve this imbalance, and do it in a cost-effective, common sense fashion.”

The Colorado River sustains the economy of the Southwestern U.S. in several ways. In addition to providing drinking water for people from Denver to San Diego, the Colorado River is a fundamental component of the recreation and tourism industry, which supports nearly 800,000 jobs in the seven Colorado River states.  The river also irrigates nearly 4 million acres of land, which grows 15 percent of the nation’s crops.

The Colorado River Basin Study is now in the Options and Strategies Phase and submitted proposals will be considered and evaluated through June 2012. Upon completion, the study will define current and future imbalances in water supply and demand in the Colorado River Basin over the next 50 years, and will provide adaptation and mitigation strategies to resolve those imbalances.