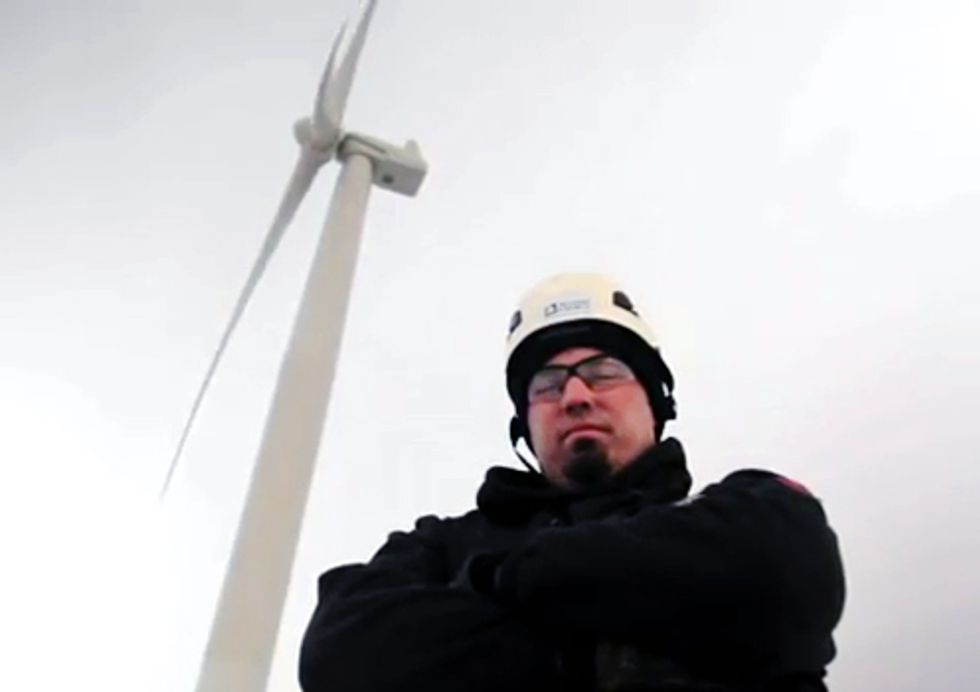 Congress has been unable to extend vital tax credits for the wind industry, causing incredible uncertainty for investors in the fast-growing wind sector and threatening thousands of jobs across America, like those at Alliant Energy in Iowa highlighted in the video released by the Center for American Progress Dec. 20. With the production tax credit set to expire next December, manufacturers are already seeing a cut back in orders and developers are thinning their portfolios.

Wind companies need clarity on future investments and a looming tax credit expiration hurts business. Instead of protecting every kind of job, including green jobs, for American workers in this stagnant economy, some members of Congress are calling green jobs "illusory" and "political propaganda." So who are the American workers with jobs in the wind industry impacted by political inaction? And what do they have to lose?

Center for American Progress video producer Andrew Satter traveled to Iowa and spoke to people working in Iowa’s wind industry—a sector that enjoys strong bipartisan support, maintains more than 3,000 jobs, and generates $50 million in revenue for the state each year. That economic activity helps support middle-class workers like Nathan Crawford, a wind technician with Alliant Energy who says he loves his job. “It’s pretty cool that I get to do this every day,” says Crawford. “The wind industry has been able to bring me and my wife back close to home.”

But with national political leaders dragging their feet, they threaten these good-paying, middle-class jobs in America’s heartland. That is the true price of inconsistency in clean energy policy.

Encourage American lawmakers to support the renewable energy industry by sending them a letter via the American Wind Energy Association website.

The Center for American Progress is a nonpartisan research and educational institute dedicated to promoting a strong, just and free America that ensures opportunity for all. We believe that Americans are bound together by a common commitment to these values and we aspire to ensure that our national policies reflect these values. We work to find progressive and pragmatic solutions to significant domestic and international problems and develop policy proposals that foster a government that is "of the people, by the people and for the people."