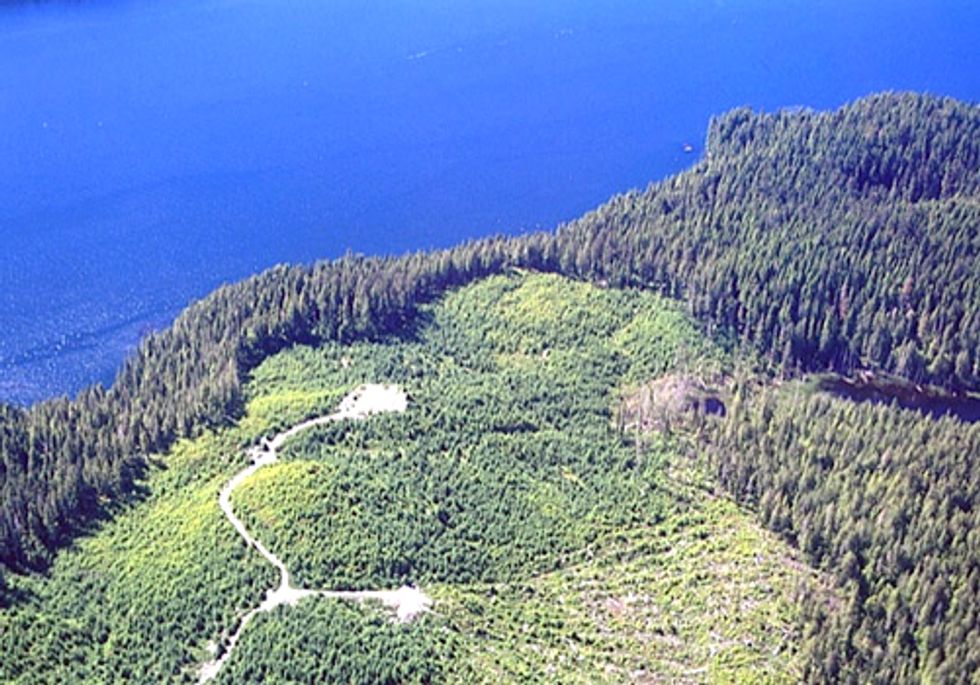 As Congress prepares to vote on a bill that would endanger some of America’s last remaining old-growth national forests, an open letter from world-leading scientists raises serious concerns with the plan.

Legislation sponsored by Rep. Don Young (R-AK) and folded into the Conservation and Economic Growth Act (H.R. 2578) would convey to the Sealaska Corp. ownership of more than 100,000 acres of centuries-old trees and other biologically diverse stands in the Tongass National Forest in Alaska, the core of one the world’s largest temperate rain forests. The transfer is part of an effort to modify the outstanding claims that Sealaska has under the Alaska Native Claims Settlement Act (ANCSA), passed by Congress in 1971. H.R. 2578, which also would roll back other fundamental environmental protections, including the Endangered Species Act, is expected to be considered by the House this week.

The scientists’ letter, coordinated by the non-profit conservation science organization Geos Institute, with support from the Pew Environment Group, is signed by E.O. Wilson, Pellegrino University Research Professor at Harvard University; Tom Lovejoy of George Mason University and the Biodiversity Chair at the H. John Heinz III Center for Science, Economics and the Environment; Stuart L. Pimm, Doris Duke Professor of Conservation Ecology at Duke University; and 315 other prominent scholars. The letter cites a recent report by Audubon Alaska, which concludes that logging of America’s most precious old-growth stands would increase twelvefold under the House measure.

“As scientists with professional expertise in conservation and management of natural resources, we are writing to express our serious concerns regarding Sealaska Corporation’s proposal to acquire almost 65,000 acres (the equivalent of more than 100 square miles) of public land in the Tongass National Forest,” the letter reads. “The vast majority of these lands would be subjected to clear-cut logging, including some of the most biologically rich, large-tree old-growth rainforest remaining on the Tongass. The Sealaska Corporation’s proposal would enable further ‘high grading’ of the Tongass, a logging practice that disproportionately targets rare, big-tree old-growth forest.” Congress banned the practice of high-grading in 1990.

The 17-million-acre Tongass is the crown jewel of the National Forest System and one of the largest temperate rain forests in the world. More than 95 percent of the old-growth in the Lower 48 has been cut down.

The proposal threatens not only old-growth stands but also would transfer up to 30 world-class hunting and fishing destinations now in the public domain to Sealaska. The Tongass is home to a nearly $1 billion salmon fishing industry.

This month, Sen. Lisa Murkowski (R-AK) and the U.S. Department of Agriculture’s Undersecretary for Natural Resources Harris Sherman have confirmed that they are engaged in talks with Sen. Jeff Bingaman (D-NM), chairman of the Senate Energy and Natural Resources Committee, to permit Sealaska to modify its outstanding land claims under ANCSA. In May 2010, the Obama administration pledged to substantially decrease old-growth logging in national forests.

“This bill signals that many in Congress remain intent on rolling back fundamental public land protections, including those for America’s last old-growth forests,” said Jane Danowitz of the Pew Environment Group. “We call on members from both sides of the aisle to reject this measure. We also ask the Obama administration and those in the Senate, now attempting to come up with a solution to the corporation’s outstanding land claims, to reject the House bill, and look for ways to address those claims while protecting the ancient forests.”

Sealaska is the largest of 13 Alaska Native Regional Corporations established under ANCSA. It is a managed holding company with corporate subsidiaries and offices throughout the U.S., Mexico, Canada and Europe.