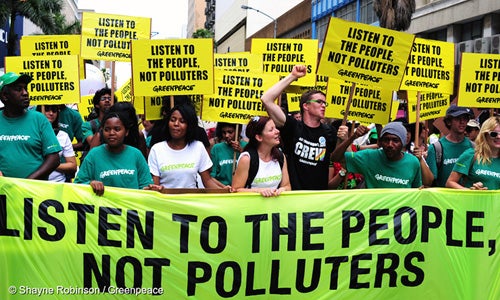 As I write this, corporate interests are holding our democracy hostage. Voter suppression—targeting communities of color, students and low-income Americans—is running rampant, fossil fuel money is warping our electoral process and now, leaders in Congress are even blocking the fair consideration of a Supreme Court nominee. 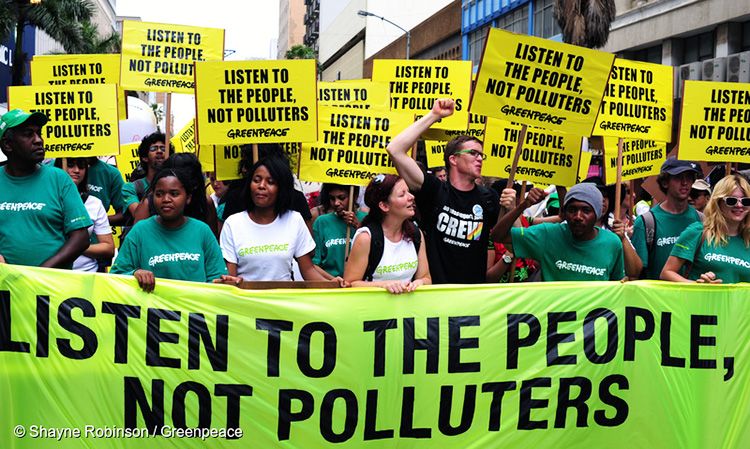 Democracy is one of the best tools we have to protect the environment, but our system has been polluted by big money. We deserve a democracy that represents all of us, not just a wealthy few. A democracy that allows us to take swift action on today’s most urgent issues, like stopping runaway climate change and preventing environmental health disasters like the Flint water crisis.

Right now—as we prepare to elect our next president and members of Congress—we have a chance to make it happen.

Democracy Awakening is a movement of thousands working for a system in which everyone can participate and every voice is heard. With your help, it can be a movement of millions.

Here’s what we’re fighting for.

Casting our votes one of the most important political cards many of us have to play—and it’s been hard won by many seeking enfranchisement. But in this election, the right to vote is more at risk that at any time since the passage of the Voting Rights Act 50 years ago. Thanks to a 2013 Supreme Court ruling, we’ve seen state after state pass laws that restrict the right to vote, almost all of them targeting low-income groups, people of color and students.

And you better believe that matters for environmental justice.

These groups are by far the most likely to suffer environmental harms—like industrial waste sites in their backyards and lead in their water—and have the fewest means to counteract these injustices. Blocking the right to vote only makes it worse.

Instead of restricting rights, it’s time we start knocking down barriers and propping up the right to vote.

There’s a pretty straightforward reason that the same lawmakers standing in the way of a people-powered democracy are the ones denying the science of climate change and blocking environmental action: money. Fossil fuel money, to be exact. 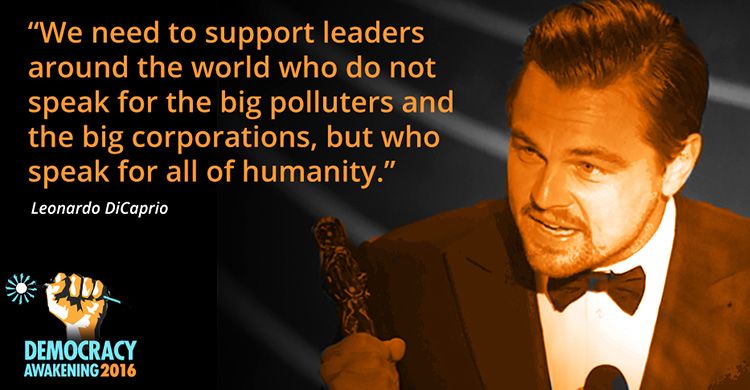 Too many of our politicians are acting in the interests of coal and oil barons instead of the people they’re supposed to represent. Texas Senator and GOP presidential candidate Ted Cruz, for example, has taken the most money from fossil fuel lobbyists in this election. He’s also one of the most egregious climate deniers in office or maybe even in existence.

There’s also a pretty straightforward fix to this issue: get big money out of politics. Campaign finance reform, transparency and overturning Citizens United aren’t just solutions for fixing democracy. When it comes to fossil fuel money, they’re the stepping stones we need to make real progress on environmental issues.

When It Comes to Democracy, It’s About All of Us

Democracy Awakening is not just about the environment. It’s about groups from labor, students, racial justice, civil rights and more coming together as a united pro-democracy movement. Because if we’re going to make our democracy work for all of us and win on the issues that matter most, we need as many voices as possible on our side.

#Democracy is alive but she's sleeping. Grab your neighbors, coworkers, friends, and together, let's wake her up. pic.twitter.com/Qb4w6a5TMT

That’s why I’m confident we’ll succeed. Together, we can build a democracy in which money doesn’t buy access to power and where everyone has an equal say in our shared future.

With every person that joins us, we’re that much closer to awakening a democracy that works for us—not corporate powers. Join the Democracy Awakening movement today!