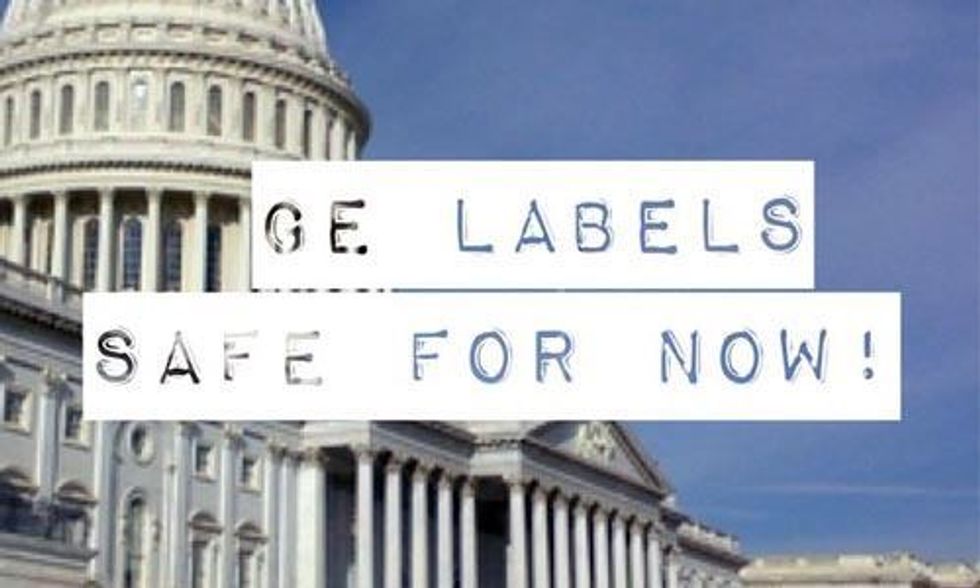 Center for Food Safety today praised Congress for not including a policy rider in the must-pass federal omnibus spending bill that would have blocked states from implementing mandatory genetically engineered (GE) food labeling laws. Three states—Connecticut, Maine and Vermont—have passed such laws, with Vermont’s slated be to be the first to go into effect in July 2016. All three democratically passed laws would have been nullified, while any future state GE labeling legislation would have been preempted. More than 30 states have introduced bills to labeling GE foods in just the past few years.

“We are very pleased that Congress has apparently decided not to undermine Americans’ right to know about the food they purchase and feed their families,” said Andrew Kimbrell, executive director of Center for Food Safety. “Adding a rider to the budget bill that would nullify state laws requiring labeling and even forbidden federal agencies from mandating labeling would have been profoundly undemocratic and nothing short of legislative malfeasance. We will remain vigilant over the coming days and into the next legislative session to ensure our right to know is protected.”

The omnibus spending bill does include language previously agreed to by the Senate Appropriations Committee requiring that the Food and Drug Administration (FDA) develop guidelines for mandatory labeling of GE salmon and prevent its sale until such labeling is in effect.

In July, the House of Representatives passed H.R. 1599, dubbed by opponents the “Denying Americans the Right to Know (DARK) Act,” which preempts state and local authority to label and regulate GE foods. Instead, the bill sought to codify a voluntary labeling system approach, block FDA from ever implementing mandatory GE food labeling and allow food companies to continue to make misleading “natural” claims for foods that contain GE ingredients. The Senate chose not to take up that bill, despite heavy pressure from the food and biotechnology industries.

“In the absence of federal leadership, states have led the way by passing legislation intended to prevent consumer deception and give consumers the right to know,” said Kimbrell. “We thank those Members of Congress, as well as the thousands of Americans who contacted their Senators recently, for preventing this grossly unethical rider from seeing daylight.”

By an overwhelming margin, American voters say consumers should have the right to know if their food is genetically modified, with 89 percent in support of mandatory GE labeling, according to a new national poll. Nearly the same number of consumers would like to see the labels in an easy to read format.

Center for Food Safety supports bipartisan legislation introduced by Sen. Boxer and Rep. DeFazio called the Genetically Engineered Food Right-to-Know Act, which would require that food manufacturers label foods that contain genetically modified ingredients. This common sense bill would guarantee all Americans the right to know what is in their foods while respecting the need by companies for a uniform, federal standard.