Congress Doesn't Want You to Know Which Farm Operations You're Subsidizing 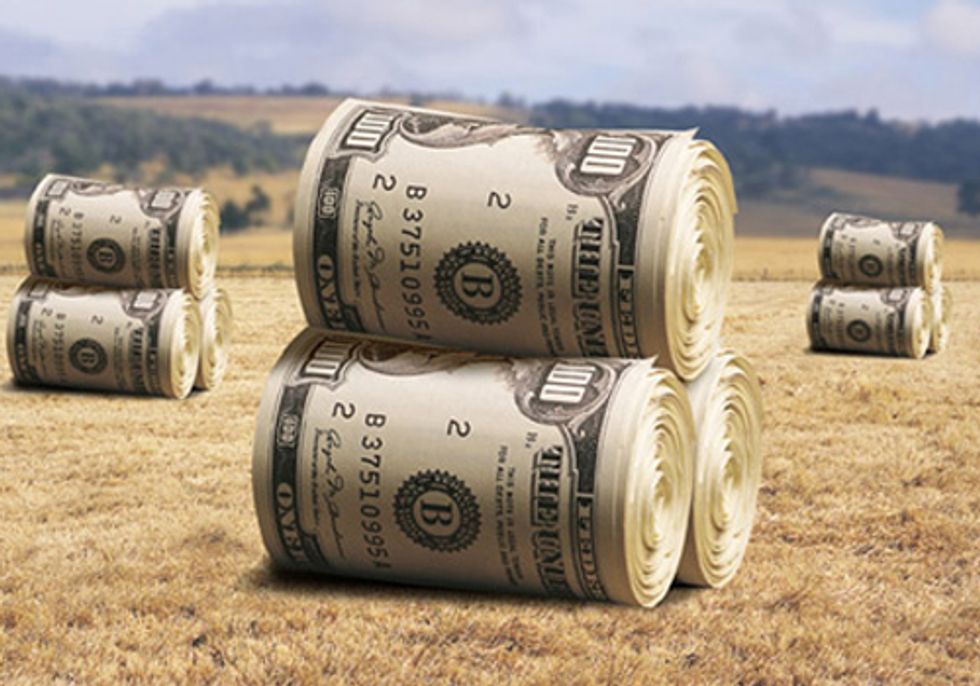 A new analysis of more than a million government records never before made public and obtained by the Environmental Working Group (EWG) through the Freedom of Information Act (FOIA) has found that in 2011 more than 10,000 individual farming operations have received federal crop insurance premium subsidies ranging from $100,000 to more than $1 million apiece. Some 26 farming operations received subsidies of $1 million or more last year.

It is the most detailed disclosure of federal crop insurance benefits to date, tracking subsidies across 686,273 insurance policies issued to 486,867 policyholders last year, when the program’s costs exceeded a record $11 billion. Yet one crucial detail is missing, deliberately and by an act of Congress: the names of the beneficiaries.

“The eye-opening analysis shows crop insurance is not only very expensive, but also very, very generous to large and highly profitable farm businesses,” said Craig Cox, EWG senior vice president of agriculture and natural resources. “Now the public needs to know who they are.”

Using FOIA requests, EWG collected information from U.S. Department of Agriculture’s Risk Management Agency about crop insurance policies and premium subsidies for individual policyholders in each U.S. state and county. The records analyzed by EWG establish that the holders of subsidized crop insurance policies, unlike other Americans engaged in professional and commercial enterprises, enjoy extraordinarily costly federal perks in the form of premium subsidies.

U.S. taxpayers pick up an average of about 62 percent of the crop insurance premiums for farm businesses. Their share of these premiums has soared from $1.5 billion in 2002 to $7.4 billion in 2011. The subsidies go to large operators with no conservation strings attached to protect water and soil, no means testing, and no payment limit on how much a farm business can collect.

Among the facts disclosed by the documents:

The analysis also shows that while crop insurance benefits, like farm subsidies, are concentrated in the hands of a small number of large farming operations, premium subsidies are modest for the overwhelming majority of crop insurance policyholders. Those farm operations would be unaffected by premium subsidy limits now being debated in Congress, such as the $40,000 limit analyzed by the Government Accountability Office earlier this year. The bottom 80 percent of policyholders (389,494 operations), for instance, received subsidies worth just over $5,000 in 2011.

The insurance subsidies are so controversial, and so lucrative to the companies that administer it, that the industry’s powerful lobbyists prevailed on Congress to bar the U.S. Department of Agriculture from disclosing identities of individual policyholders who reap the benefits.

“Taxpayers don’t know who is getting our money,” said EWG president Ken Cook. “Why hasn’t Congress done its job and released the names for everyone to see, instead of serving the interests of the crop insurance lobby?”

EWG has long advocated for increased transparency and accountability in the burgeoning federal crop insurance program.

“Senate agriculture committee leaders ought to lift the veil of secrecy before the 2012 farm bill hits the floor next month,” said Cook. “We must stop giving big payouts that guarantee income to big agribusiness and pass a fair and equitable farm bill that makes meaningful reforms to crop insurance, feeds the hungry, and improves the environment and public health,” said Cook.