Are You Willing to Pay for Your Time Stuck in Traffic? Londoners Already Are 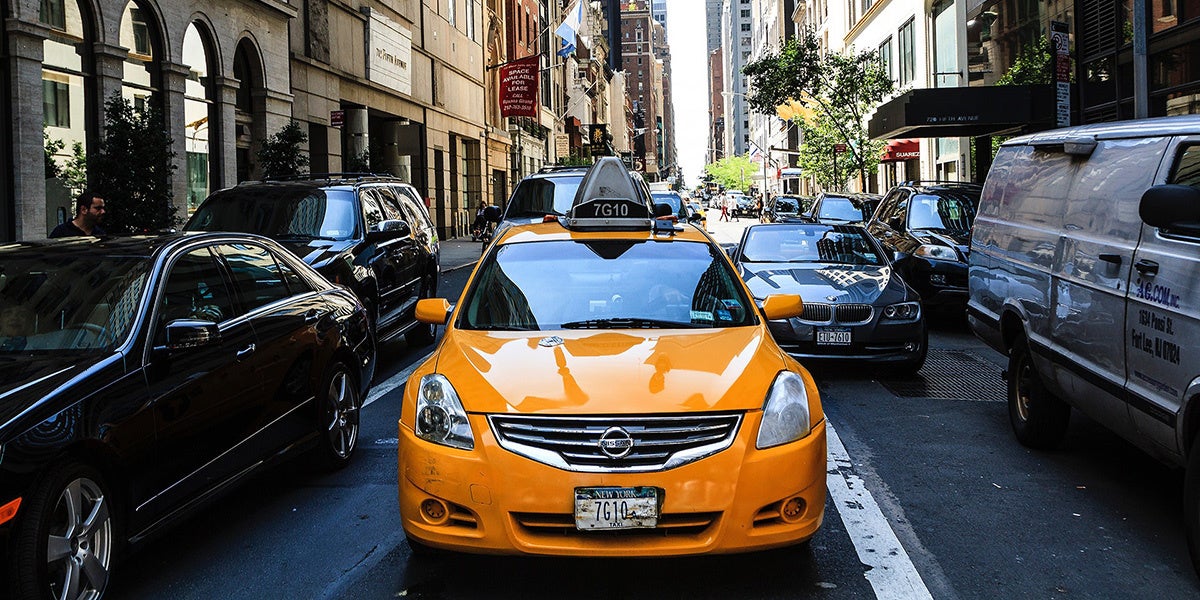 By 2002, drivers in London, England, were spending as much as half their commuting time stalled in traffic, contributing to much of the city center’s dangerous particulate pollution. To deal with a growing population, increasing gridlock and air quality concerns, the city implemented a congestion charge, using a photo-based license-recognition system.

Between 7 a.m. and 6 p.m. on weekdays, drivers entering a 21-square-kilometer zone in Central London are charged a fee, which has risen from about C$8.50 in 2003 to $20 now. The city offers discounts or exemptions for zone residents, people with disabilities, emergency vehicles, motorcycles and taxis.

Congestion pricing is a solution that works. But politically, it’s a difficult sell. Drivers don’t like to pay tolls on top of what they already pay to buy, maintain, fuel and park their vehicles. They often forget, though, the less visible costs of congestion: arriving late, having to leave early and burning fuel while stalled or moving at a crawl. Most people end up better off with a well-designed congestion pricing plan.

Although London’s plan faced opposition and debate—even a legal challenge—its success has led to widespread acceptance. Almost overnight, drivers who could change behavior did, traveling at off-peak hours, carpooling or taking transit. Those who chose to drive despite the charge benefited from less congested roads. Within just three years, traffic went down by 15 percent, and congestion—the extra time to make a trip because of impeded traffic flow—was reduced by 30 percent. Businesses saw immediate gains, as costs of shipping delays and paying drivers stuck in traffic fell.

London now has new congestion challenges. To improve safety, health and the environment, and to move more people, road space has been allocated to walking and cycling, which are surging in popularity. For-hire vehicles like Uber, taxis and minicabs—which are exempt from the fee—have also increased significantly. London is looking to a number of solutions, including expanding the fee zone and studying congestion pricing in places like Stockholm, Sweden, where rates vary according to zone and time of day.

Cities worldwide have implemented or are considering congestion pricing, including Singapore, New York and my hometown of Vancouver. Metro Vancouver’s Mobility Pricing Independent Commission recently released a report that concluded, “Region-wide road usage charging is the most effective tool to provide a systematic, meaningful and lasting reduction in traffic congestion.”

The report recommends point- or distance-based charges which “could generate enough revenue to re-assess our broader approach for funding transportation in the region,” including “the potential to shift or reduce taxation away from other existing revenue sources, including the regional fuel sales tax.”

The commission acknowledged that more study is needed to ensure the system is fair and effective. For example, London already had a good public transportation system and added 300 buses to the Central London fleet on the day the congestion fee came into effect. Because the charge is designed to encourage people to use other forms of transportation, viable alternatives must be available.

The report says congestion pricing could cost an average household that doesn’t alter commuting behavior anywhere from $5 to $8 a day, not accounting for savings from reduced congestion. Charges would reduce congestion by 20 to 25 percent—an hour or more a week for the average city commuter. Costs can be offset by reducing or eliminating gas or other taxes, and revenues can be invested in transit improvements to make getting around without a car easier.

Reducing congestion and pollution and tackling the climate crisis require getting people out of their cars. Congestion pricing is a fair, effective way to reduce reliance on private automobiles, improve traffic flow and help fund public transportation. Let’s do it.