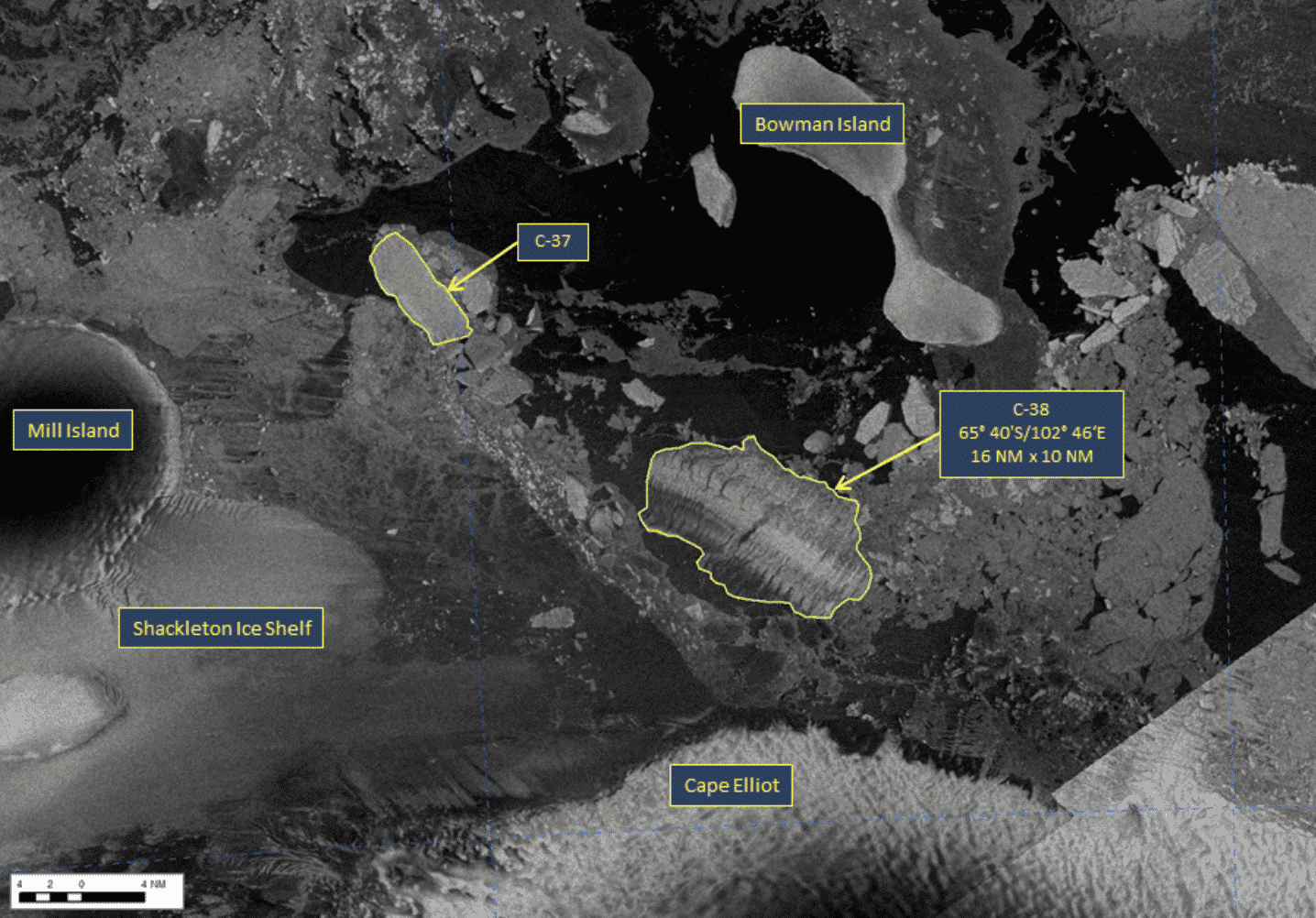 “The Conger ice shelf was there and then suddenly it was gone,” said ice sheet expert and head of the school of Earth, atmosphere and the environment at Monash University in Australia Andrew Mackintosh, as reported by CNET.

Ice shelves, which are floating extensions of ice sheets, play an important role as buttresses for the glaciers that feed them, slowing the flow of ice into the ocean. When an ice shelf collapses, glaciers flow more quickly into the sea, where they contribute to sea level rise.

“Ice shelves are important buffers preventing glaciers on land from flowing freely into the ocean and contributing to sea level rise. When they collapse, it’s like a giant cork being removed from a bottle, allowing unimaginable amounts of water from glaciers to pour into the sea,” said research scientist in the University of Reading’s Department of Meteorology Dr. Ella Gilbert, as the University of Reading reported.

Earth and planetary scientist at NASA and the Woods Hole Oceanographic Institution Dr. Catherine Colello Walker said that, although the Conger ice shelf was on the smaller side, “it is one of the most significant collapse events anywhere in Antarctica since the early 2000s when the Larsen B ice shelf disintegrated,” as reported by The Guardian.

“It won’t have huge effects, most likely, but it’s a sign of what might be coming,” said Walker.

Gradually shrinking since the mid-2000s, the melting of the Conger ice shelf sped up at the start of 2020, according to Walker. In January, its surface area measured about 463 square miles. By early March, it appeared to be less than half of that.

Mackintosh said the ocean underneath had been causing significant melting of the ice shelf, which could have made it vulnerable to collapse.

“Ice shelves lose mass as part of their natural behaviour – but the large-scale collapse of an ice shelf is a very unusual event,” said Mackintosh, as The Guardian reported. “This seems to be a collapse rather than normal behaviour. The collapse itself, however, may have been driven by surface melting as a result of the extremely warm temperatures recently recorded in this region. More evidence is needed to link this collapse to the recent warming.”

According to an associate professor at the University of New South Wales Alex Sen Gupta, the collapse of the Conger ice shelf started on March 15. This was three days before Concordia station in East Antarctica reached a record high temperature more than 40 degree Celsius above normal for that time of year.

Though the Conger ice shelf collapse will have a “tiny impact on sea level in the future,” according to the head of the Australian Centre for Excellence in Antarctic Science Professor Matt King, the collapse of much larger ice shelves in the future will have a considerably greater impact, as reported by The Guardian.

“We will see more ice shelves break up in the future with climate warming,” said King, as The Guardian reported. “We will see massive ice shelves – way bigger than this one – break up. And those will hold back a lot of ice – enough to seriously drive up global sea levels.”