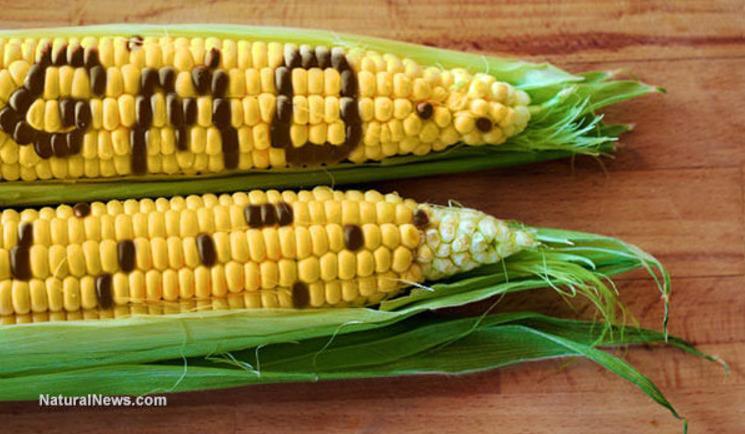 One of the main concerns of the anti-GMO crowd is the supposed outsized influence that the biotech industry has over academia, science and public policy. For instance, you might have heard of the term “Monsanto shill“—which refer to professors, scientists and politicians who are paid to push certain products.

Now, a new study published in the Dec. 15 issue of the journal PLOS ONE gives more credence to the anti-GMO concern.

French researchers have determined that financial conflicts of interest can be found in a large number of published articles on GMO crops. Significantly, if a conflict of interest was determined, the study’s outcome tended to be more favorable to the company that funded it.

For the study, the research team combed through hundreds of published articles focusing on the efficacy or durability of genetically modified Bt crops and any ties that the researchers carrying out the study had with the biotech industry. These articles focused on GM maize and cotton developed by Monsanto, Syngenta, Dow AgroSciences and DuPont Pioneer. Such crops have been inserted with a pest-resistant toxin called Bacillus thuringiensis, or Bt.

A conflict of interest was determined if an author declared an affiliation to one of the biotech companies or received funding or payment from them.

“We found that ties between researchers and the GM crop industry were common, with 40 percent of the articles considered displaying conflicts of interest (COI),” the study states. “In particular, we found that, compared to the absence of COI, the presence of a COI was associated with a 50 percent higher frequency of outcomes favorable to the interests of the GM crop company.”

This means that conflicts of interests are not only pervasive in GMO research, it could be leaving an impact.

Thomas Guillemaud, lead author and director of research at France’s National Institute for Agricultural Research, told AFP that he and his team found 579 articles that clearly indicated if there was or was not any financial conflict of interest.

However, the authors admitted their study had some limitations:

“First, we explored only two characteristics of Bt crops: efficacy and durability. Other characteristics and consequences of these transgenic plants, including all those relating to the environment (e.g. the impact of Bt crops on non-target insects) or health, merit a similar analysis.”

“Second, as we used the addresses of authors to identify their affiliations, only one type of affiliation, that relating to employment, was considered. However, authors may have affiliations to GM crop companies of other types, such as being members of advisory boards, consultants, or co-holders of patents, and this could also have a significant impact on the outcomes of studies on GM crops. We did not consider these affiliations as they are not usually reported in articles (COI statements became obligatory in some journals only recently and, as revealed here, they remain very rare). The consideration of other types of affiliation would require a survey that would be difficult to perform given that more than 1,500 authors were considered in this study.

“Third, we have considered only the links between authors and GM crop companies. Other stakeholders (e.g. Greenpeace, The Non-GMO Project, The Organic Consumers Association, The Network of European GMO-free Regions) oppose GM crop companies in being openly against the use of GM crops. An inverse relationship might therefore be expected between the outcomes of studies on GM crops and the presence of COIs relating to these stakeholders. We were unable to test this hypothesis because we identified no financial interests connected with anti-GMO stakeholders, in terms of the professional affiliation of the authors or their declared funding sources.

“Finally, this study focused exclusively on financial COIs. Non-financial COIs, also known as intrinsic or intellectual COI—due to personal, political, academic, ideological, or religious interests—might also have a significant impact on the outcomes of research studies. It is difficult to decipher intellectual COIs and, as for the detection of non-professional affiliations with GM crop companies, it would be a major challenge to perform such an analysis given the large number of authors considered.”

But as Guillemaud noted to AFP, “The most important point was how we also showed there is a statistical link between the presence of conflicts of interest and a study that comes to a favorable conclusion for GMO crops.”

“When studies had a conflict of interest, this raised the likelihood 49 percent that their conclusions would be favorable to GMO crops,” he added. “We thought we would find conflicts of interest, but we did not think we would find so many.”