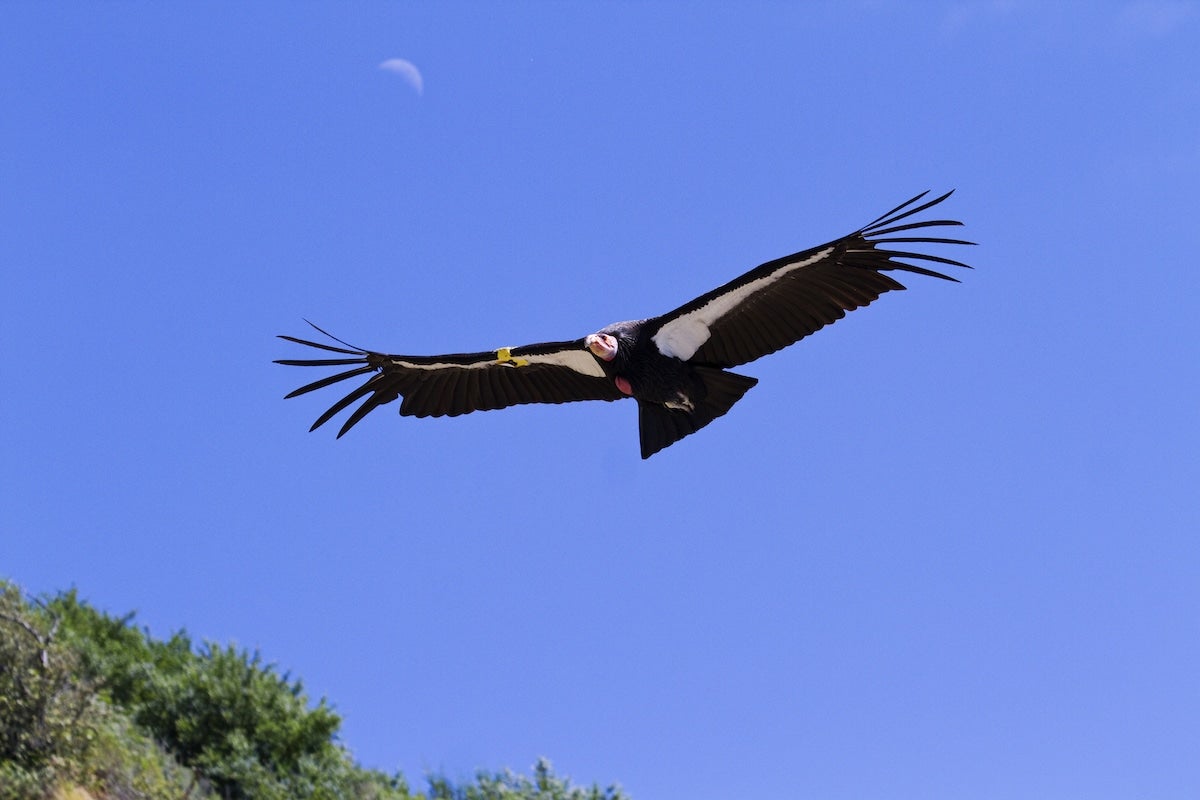 For the first time in more than a century, endangered California condors soared over the redwood forests along the state’s northern coast.

The two birds, both males, were released from a pen in Redwood National Park on Tuesday morning, AP News reported.

“That was just as exciting as I thought it was going to be,” Yurok Tribe wildlife department director Tiana Williams-Claussen told Jefferson Public Radio. “Those guys just took right off.”

A video shared by the Yurok Tribe on Facebook shows first one and then the other bird emerging from the pen and launching themselves into flight.

The Yurok Tribe has spearheaded efforts to reintroduce the California condor to the northern part of its range. In 2021, the tribe announced a new condor release facility with the U.S. Fish and Wildlife Service and the National Park Service, with the goal of reintroducing the birds to Yurok Ancestral Territory and Redwood National Park. The Yurok Tribe considers the condors sacred, and the construction of the facility was the result of years of work on its part.

“For countless generations, the Yurok people have upheld a sacred responsibility to maintain balance in the natural world. Condor reintroduction is a real-life manifestation of our cultural commitment to restore and protect the planet for future generations,” tribal Chairman Joseph L. James said in a statement reported by AP News.

The two birds released Tuesday are nicknamed Poy’-we-son–which means “one who goes ahead” – and Nes-kwe-chokw’, which means “He returns” or “He arrives,” Williams-Claussen said in a message posted by the Yurok Tribe as a Facebook comment.

The name, she said, “is representative of the historic moment we just underwent, and condors’ return, free-flying, to the Yurok and surrounding landscape.”

The California condor almost went extinct in the 1970s because of poaching, habitat destruction and lead poisoning from eating animals killed with bullets, according to AP News. In the early 1980s, the 22 surviving wild condors were captured for a breeding program that has since successfully reintroduced the animals to Southern California. There are now more than 500 condors both in the wild and in captivity, and they now live along California’s Central Coast, as well as in Arizona, Utah and Baja California, Mexico.

Two more condors will be released over the northern redwoods if the birds released on Tuesday act in a normal way, as determined by biologists. The breeding program has three males and one female, all between two and four years old. Two hailed from the Oregon Zoo and two from Peregrine Fund’s World Center for Birds of Prey in Idaho. The program will release four to six birds a year for the next 20 years, according to Jefferson Public Radio.

“This is just incredible, exciting times,” Williams-Claussen told Jefferson Public Radio. “This has literally been my life’s work.”

While their populations are recovering, condors still face threats from lead poisoning and residual DDT in the environment. In 2020, a wildfire destroyed a condor sanctuary in Big Sur.