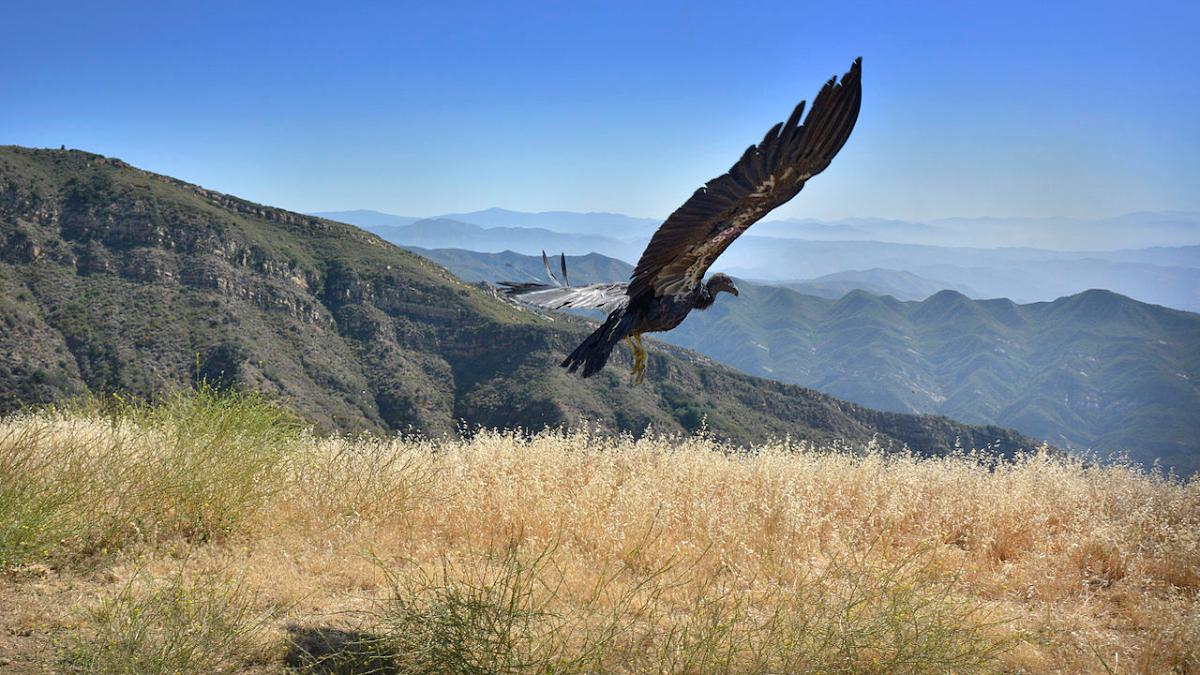 The California condor once ranged from Mexico in the south to Canada’s British Columbia in the north, but hunting, habitat loss and poisoning drove the species to the brink of extinction.

The birds have begun to make a recovery in the southwestern portion of their historic range and now, thanks largely to the efforts of the Yurok Tribe, they will fly over the Pacific Northwest once more.

“As soon as I heard the news, I started crying,” Yurok Tribe wildlife department director Tiana Williams-Claussen told OPB. “This is something that I’ve been working for literally my entire adult career.”

On Tuesday of last week, the Yurok Tribe, the U.S. Fish and Wildlife Service and the National Park Service announced a final rule that would create a new condor release facility to reintroduce the birds to the Yurok Ancestral Territory and Redwood National Park. This is in the northern portion of the birds’ range, and marks the first time the birds will fly here in more than 100 years.

After 100 years, California condors will soar again over coastal forests and prairies in the Pacific Northwest. We're working with the Yurok Tribe and National Park Service to reintroduce them into the northern portion of their historical range: https://t.co/u7n0V3fydL

The California condor played an important role in maintaining Pacific ecosystems and was also important to the culture of the Yurok Tribe and other Indigenous groups. The tribe worked 12 years to prepare for the reintroduction effort.

“For the last 20 years, the Yurok Tribe has been actively engaged in the restoration of the rivers, forests and prairies in our ancestral territory. The reintroduction of the condor is one component of this effort to reconstruct the diverse environmental conditions that once existed in our region. We are extremely proud of the fact that our future generations will not know a world without prey-go-neesh.” Yurok Tribe Chairman Joseph L. James said in the announcement.

While condors once ranged as far north as Canada and, prehistorically, as far east as Florida, their numbers were devastated by human activity. By the early 1980s, there were only 22 of the birds left in the wild, The Guardian noted. These birds were placed in a captive breeding program and later reintroduced in southern and central California. This has proven successful, and there are now more than 300 birds in the wild in California, Utah, Arizona and Mexico.

“The California condor is a shining example of how a species can be brought back from the brink of extinction through the power of partnerships,” Paul Souza, Regional Director for the U.S. FWS California-Great Basin Region, said in the announcement.

California condors are still an endangered species. One of the main threats to condors now is lead poisoning. Because the birds are scavengers, they can be harmed when they eat animals that have been killed with lead ammunition. Another danger is DDT, OPB noted. While the chemical has been long banned, it persists in the environment and can thin condor egg shells. Condors have also been put at risk by wildfires in recent years. A wildfire destroyed a condor sanctuary in Big Sur in August of 2020.

Chris West, who manages the condor program for the Yurok Tribe, said he hoped expanding the species’ range would boost its chances of survival.

“There’s a big success in the number of birds out there, but you don’t want to put all your eggs in one basket,” West told The Guardian.

Williams-Claussen also saw the birds’ reintroduction as a moment of healing for the Yurok Tribe.

“Bringing a species like California condor, pregoneesh, back to our ancestral territory… that’s a huge reparation in the wound that the Yurok people and all tribes in this area have suffered since contact and the disruption to our eco-region,” Williams-Claussen told OPB.

The tribe is hoping to release the first condors in the fall of 2021 or the spring of 2022, according to the announcement.