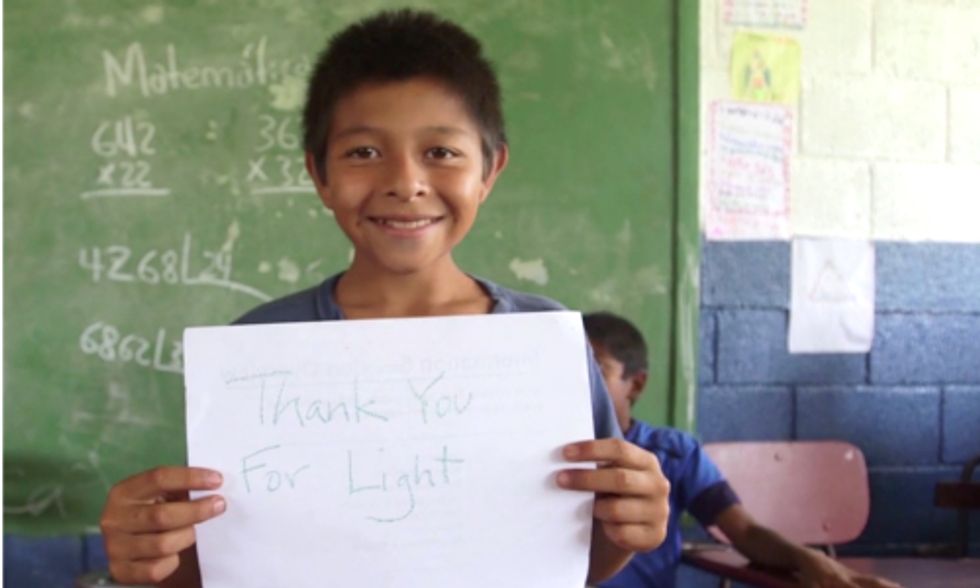 One company can't provide electricity to the 1.4 billion people in the world who don't have it, but SolarCity's latest initiative ensures that it will make a major impact in improving access.

The San Mateo, CA-based solar energy provider announced this week that it will donate a solar power system to a school without electricity for every residential megawatt (MW) of power it installs in 2014. The firm believes it will install 475 to 525 MW next year.

The United Nations Development program estimates that 291 million children worldwide attend schools that have no electricity.

"If you can bring electricity to rural areas, people who were once isolated are less so," Ben VandeBunt, a SolarCity board member said. "I think if we do this right and we do this well, I think we can do it over and over and over again and really have a big impact on a lot of people."

SolarCity has already installed a solar system at a school in Nicaragua that previously lacked electricity. The company plans in installing many more as part of its Give Power Foundation. Video screenshot credit: SolarCity

SolarCity launched its Give Power Foundation by partnering with buildOn, a nonprofit that has builds schools in underdeveloped communities around the world. The entities initially plan to focus on schools in Haiti, Mali, Malawi and Nepal.

“The United Nations has set the ambitious goal of ensuring that everyone in the world has access to electricity by 2030, while fighting climate change, and we are deeply committed to making this happen through the Give Power Foundation,” said Hayes Barnard, SolarCity’s chief revenue officer and president of Give Power Foundation. “Now, every SolarCity customer will play a part in giving light to a community in need.”

Each donated system comes with a battery backup. SolarCity has already installed a system a school in Nicaragua that doubles as a community center at night. Volunteers from a local village helped install the panels, providing energy to an area with no power grid.

SolarCity operates in 14 states in the U.S. and has a goal of doubling the number of American homes with solar arrays by 2016. Its network includes at least 75 builders.

The company announced last month that it was reducing prices in Arizona as a response to a newly passed fee for customers of the state’s largest utility.