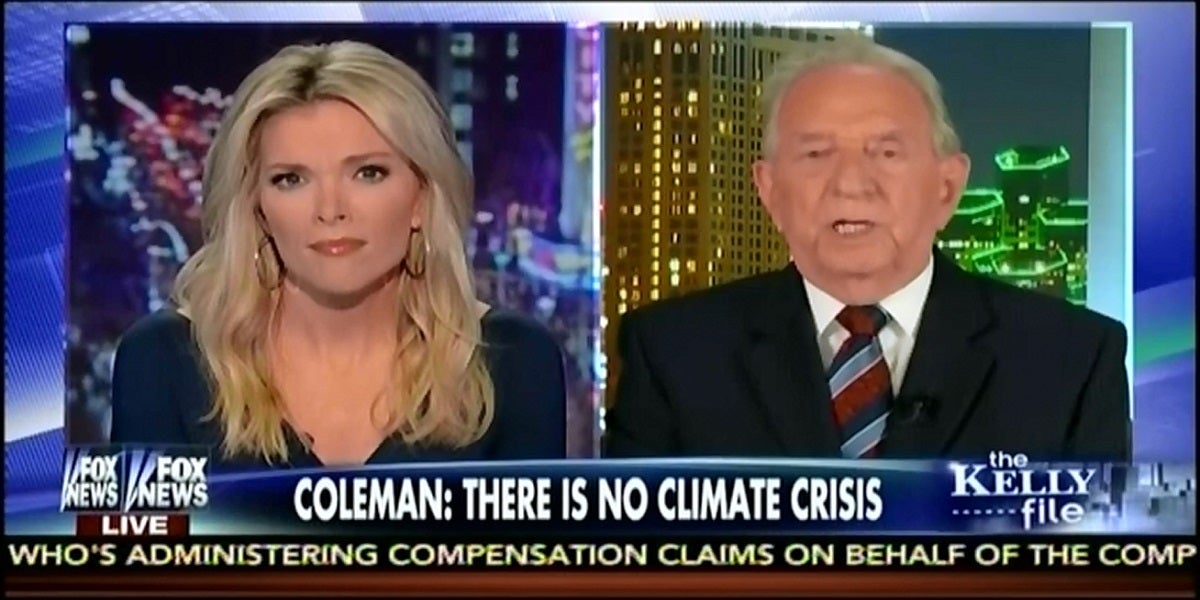 A new study from professors at Oklahoma State University has found that Republicans and Democrats have never been so far apart on climate issues. 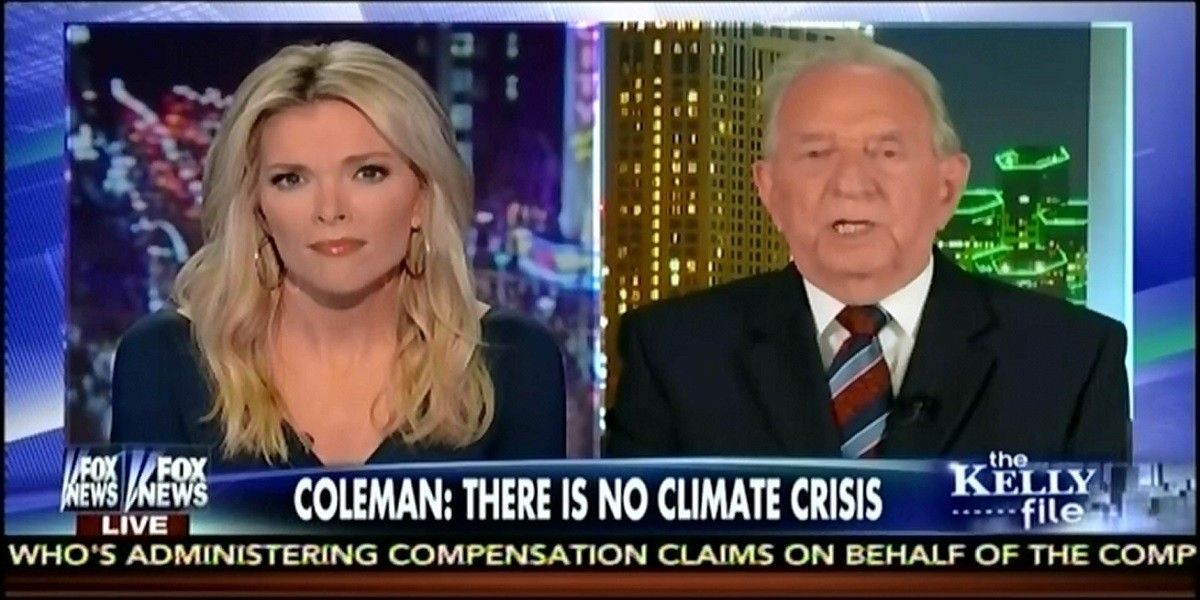 “What was once a modest tendency for Congressional Republicans to be less pro-environmental than their Democratic counterparts has become a chasm—with Republicans taking near-unanimous anti-environmental stances on relevant legislation in recent years, especially 2015,” the study said.

This distance between the parties was further exacerbated by the rise of the Koch-funded Tea Party, which took the hard line of fully dismissing the climate change threat, often making climate change a lightning rod for voters who were outraged at Washington. 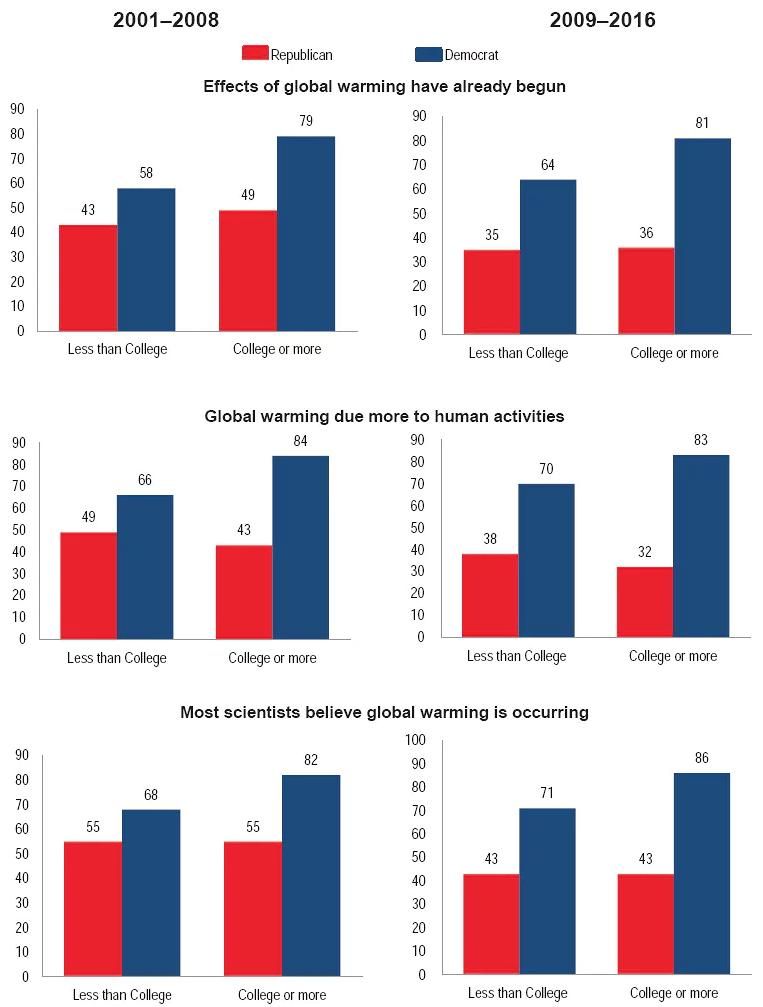 Another study, cited by The Guardian Tuesday, concludes that the growth of conservative media has cemented this gap.

Conservative newspaper The Wall Street Journal was found to publish inaccurate information on the topic, according to a report by Media Matters for America.

“Out of 93 climate-related opinion pieces published in the Journal during the time period examined, 31 featured climate science denial or other scientifically inaccurate claims about climate change (33 percent),” Media Matters for America said.

A 2013 study found that those Americans who consumed news from conservative news sources such as Fox had a higher distrust of science and scientists, than did those who read or watched non-conservative media.

Breaking through to those who fiercely deny the existence of climate change is no easy task, the Oklahoma State University researchers concluded.

“Does any persuasive framing strategy hold special promise for penetrating Republicans’ partisan/ideological identities? The evidence so far gives us little basis for optimism.”

Since Republicans have spent so long telling their constituents that climate change is not a serious threat, they are in no position to do anything about it in government.

This leaves the Democrats with the responsibility to pass as much legislation to lessen the impact of climate change and deal with its consequences. Since Republicans insist on vetoing nearly all legislation concerning the threat, it is likely that if Hillary Clinton is elected, she will have to follow Obama’s footsteps and implement policy through executive actions.

Conservative media and politicians may not be the only reasons why Americans are so divided about the climate: Corporate groups are also hedging their bets and throwing investment behind both sides, an investigation by Reuters found.

Some of the country’s most vocal corporate supporters of Obama’s environmental programs have been found to be funding some of the most ardent anti-climate change politicians in Washington. Among these companies are PepsiCo, Dupont and Google, Reuters said on Tuesday.

Though companies often split their campaign donations to both parties, arguing for both sides of a particular issue may be a problem, the head of the Investor Responsibility Research Center Institute Jon Kukomnik told Reuters.

“There really needs to be a process that looks at these issues … at C-suite and board levels on a periodic basis,” he said.

Of the 35 biggest U.S. companies which signed on to Obama’s American Business Act on Climate Change Pledge last year, 25 of these companies are supporting Congressional climate deniers by helping to fund their campaigns.

These climate deniers include North Dakota Republican Congressman Kevin Cramer, who once argued the Earth was getting cooler and not warmer, and Oklahoma Republican Sen. Jim Inhofe, who once held up a snowball in the Senate to prove that global warming is not occurring.

Other companies which signed the environmental pact and then gave political donations to climate deniers are Mondelez, Google, AT&T, Verizon and GE.

Only GE responded to Reuters’ requests for comment, saying it supports “elected officials based on a wide range of issues.” The company insists it has been “outspoken about the need to address climate change.”

Sen. Inhofe said businesses might have signed the environmental pact because it appeared politically expedient to do so at that moment.

“These are competitive companies, and the board might have said, ‘Look, right now it might be a popular thing to join this, and there’s no downside since we’re not really committing to anything,'” he said.

However, investors may want companies to be more committed to environmental sustainability, Lauren Compere of Boston Common Asset Management said.

“No company wants to be perceived as espousing progressive climate policies on the one hand, while funding climate deniers on the other,” she said.