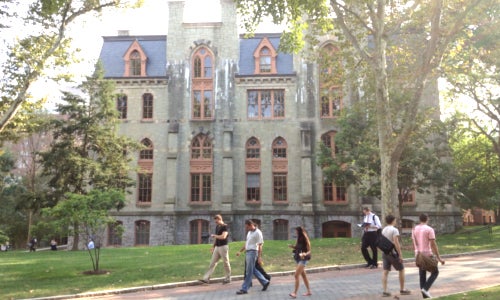 It’s like a badge of honor to say that you power your building with renewable energy, but it’s quite another feat to be recognized for it by the federal government.

Various businesses, organizations, universities, cities and more know what that’s like now that the U.S. Environmental Protection Agency (EPA) has revealed its top 100 Green Power Partnership rankings. Each entity on the list uses clean energy sources like wind and solar and is also member of the EPA’s Green Power Partnership.

Here are the top 10, along with the kilowatt hours per year of green energy, the resources used, who provides and the percentage of total electricity it accounts for: 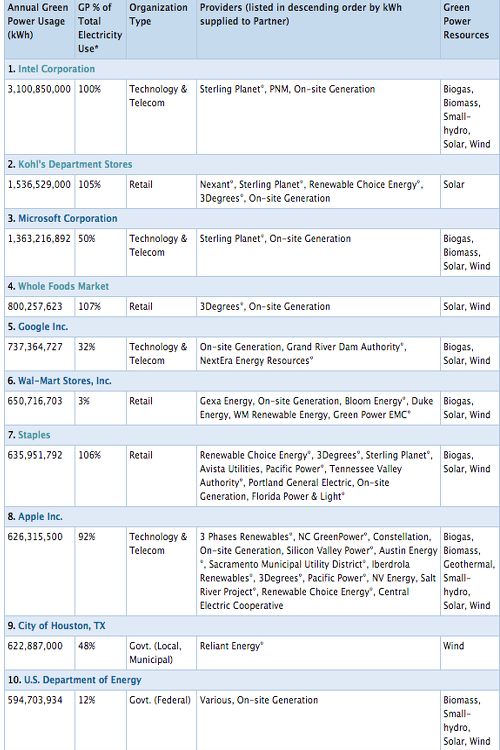 The partners are ranked by kilowatt hours, which should make for some interesting discussion. Walmart, which has been criticized for its emissions, ranked sixth on the list despite green power only accounting for 3 percent of its operations. That’s because it uses more than 650 million kilowatt hours of clean energy per year.

The City of Houston ranked No. 9, while Washington D.C., Austin and Dallas all made the top 20. Entire states made the list, too. Those include Illinois and Wisconsin.

The inclusion of Dallas-Fort Worth International Airport, the park and public schools systems of Chicago, as well as Ohio State, Georgetown and American universities shows just how diverse this list is. The EPA also issued individual lists for the top retailers, universities and more. 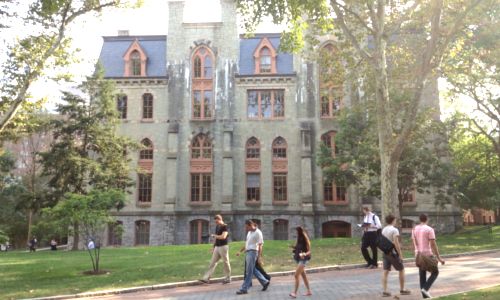 At No. 28, the University of Pennsylvania is the top college listed in the EPA rankings for the seventh year in a row. Photo credit: neverbutterfly/Flickr Creative Commons

Find out Which Businesses, Cities and Universities Use 100 Percent Green Energy