Community Solar Vs. Solar Co-Ops: Which Is Right For You? 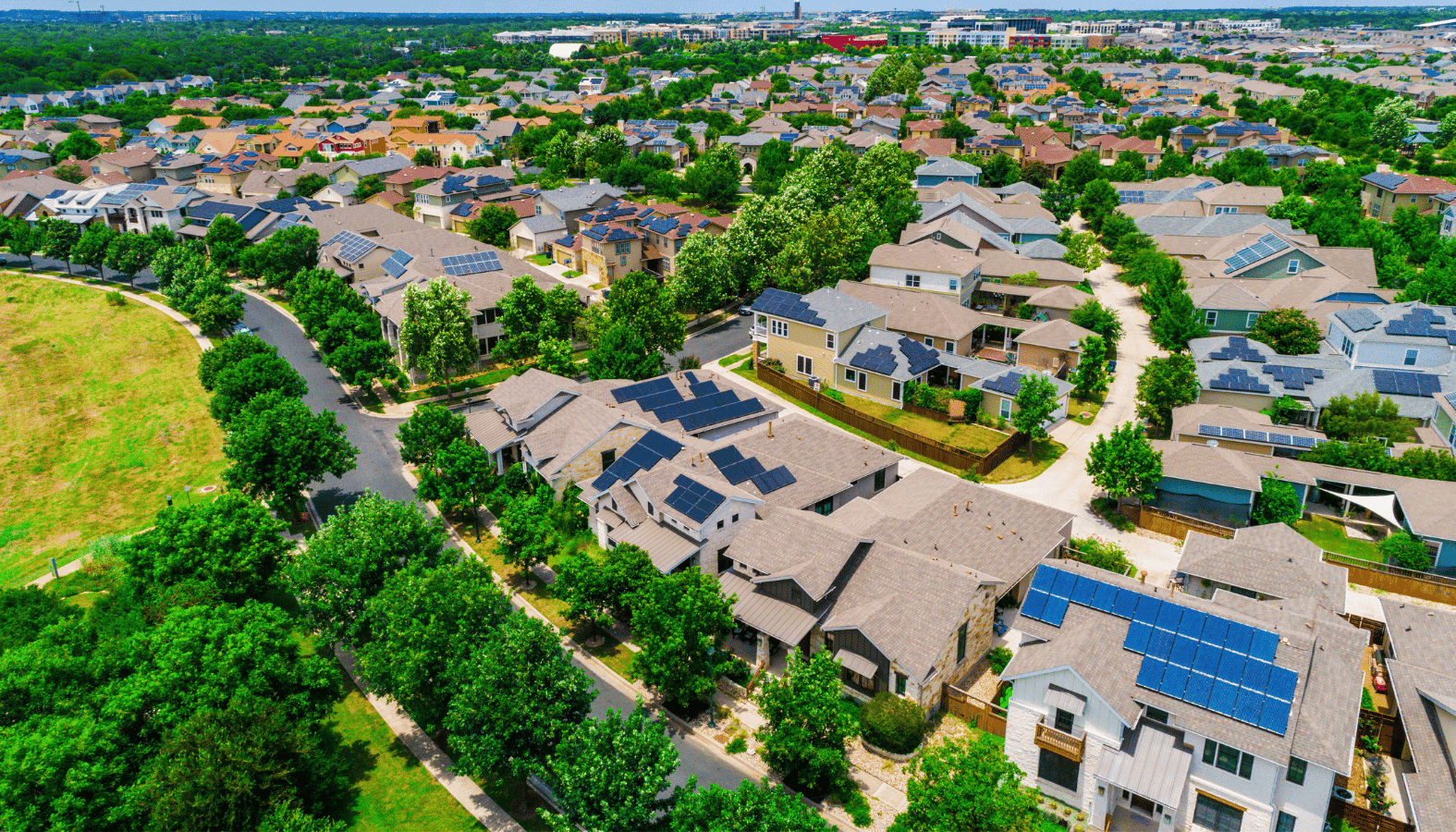 In a recent study from EcoWatch of 1,000 U.S. homeowners, 60% of respondents agreed that solar panels are too expensive. The cost was also the number one reason homeowners decided not to install solar panels.

While many homeowners agree that the potential long-term energy savings are worth the investment in solar, there’s no denying that it carries a hefty upfront cost that not everyone can afford.

Other homeowners who can afford to go solar may not be a good candidate due to other factors like too much shade on their roofs. Others may rent and legally don’t have the option to install solar panels on their homes.

But what if we told you there are ways to make solar more affordable, and accessible, to more people?

What Is Community Solar?

The U.S. Department of Energy defines community solar as “any solar project or purchasing program, within a geographic area, in which the benefits of a solar project flow to multiple customers such as individuals, businesses, nonprofits and other groups.”1

There are currently 41 states, plus Washington D.C. that have at least one community solar project. Community solar facilities typically generate a maximum of five megawatts (MW) of electrical capacity and are usually set up on leased land.2

How Does Community Solar Work?

For example, let’s say you live in an apartment building. A solar subscriber organization installs a solar array outside of your building and each family either pays a monthly subscription fee or buys a share of the project for access to the energy the solar panels produce.

Because that solar array isn’t directly connected to your home, the energy it produces will instead be sent to the local electric grid. Then your utility company will give you, and all other subscribers, a credit against your energy bill for your share of the electricity produced by your apartment’s solar array.

In most cases, you’ll receive two bills each month: one from your utility company and one from your community solar organization. But don’t let the idea of two bills scare you!

With community solar, the combined total from both bills should be less than what you’re currently paying for standard electricity.

The exact rules for how community solar programs work vary by state and even by utility, but the general principle is the same.

Community solar makes the economic and environmental benefits of solar energy more accessible to more people by reducing the barriers that many people face when considering solar panels.

Here are some of the major benefits of community solar:

There aren’t many negatives to joining a community solar project, but there are some reasons why they may not be the best choice for you.

Here are some of the disadvantages of community solar in comparison to installing a home solar panel system:

Should You Join a Community Solar Project?

If you want to take advantage of solar energy but you’re unable to install a private solar panel system, joining a community solar project is a great idea.

Community solar is best for renters, condo owners and homeowners who are unable to install rooftop solar panels or don’t want to deal with the upkeep and maintenance of a solar panel system.

What Is a Solar Co-op?

A solar co-op, or solar cooperative, is a group of property owners who use combined buying power in hopes of saving money by going solar. Solar co-ops are member-driven and free to join, but you will be paying for your own solar equipment if you choose to have it installed.

Unlike community solar projects where a community solar array is set up and operated by a solar subscriber organization, solar co-ops involve each member having their own solar panel system installed at a discounted rate.

Think of it as you and your co-op members placing a bulk order with a solar installer. Most co-ops receive multiple bids from different solar panel companies, so pricing can get quite competitive.

The process of going solar can be complicated, so joining a solar co-op makes it easy because you’re not doing it alone. Most solar co-ops provide solar education and set you up with a solar company to make your switch to solar energy as smooth as possible.

Here are some of the major benefits of joining a solar co-op:

While solar co-ops are a wonderful option, there are some reasons why installing your own solar panel system may be a better option.

Here are some of the disadvantages of joining a solar co-op:

Should You Join a Solar Co-op?

Again, joining a solar co-op is free and non-binding. You do not have to install solar panels to be a part of a solar co-op, so there’s no harm in getting involved to learn more about the process of going solar or simply being a solar advocate.

Solar co-ops are great for community-oriented homeowners who want to learn more about solar energy or go through the process of installing solar alongside a group.

What’s the Difference Between Community Solar Vs. Solar Co-Op?

With community solar, people can pay a fee to use the energy produced by a shared solar panel system. Community solar subscribers do not have to own their own homes, making it an optimal choice for renters, condo-owners or business owners.

A solar co-op is technically just a solar advocacy group because no one is required to go solar by joining a co-op. However, once 20 to 30 homeowners within the co-op agree to go solar, they can start accepting bids from solar installers, ensuring they all get a discounted rate.

If you’re a homeowner, there’s also the option of installing solar panels on your own or through a trusted solar provider. While it can be costly, homeowners are eligible for many solar incentives and financing options that make going solar more accessible.

Airbus CEO Says Zero-Carbon Flights Could be Delayed by Lack of Hydrogen Supply
The CEO of the world’s biggest plane manufacturer warned that
By Olivia Rosane
Modern Slavery Is a Global Problem in All Renewable Energy Supply Chains: New Report
There is growing evidence that clean energy supply chains throughout
By Cristen Hemingway Jaynes
Portable Wind Turbines Tested by U.S. Department of Energy for Disaster Relief and Military Use
The U.S. Department of Energy and the National Renewable Energy
By Paige Bennett