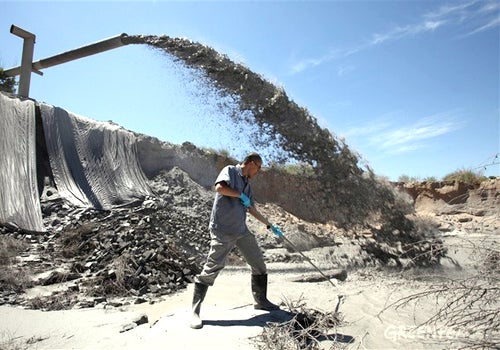 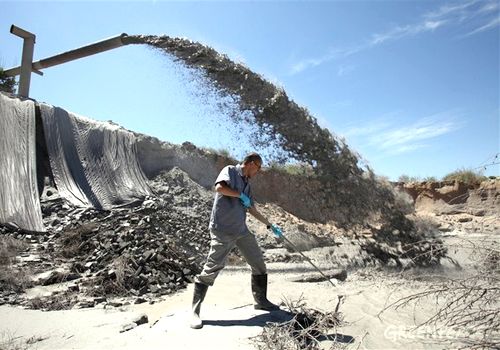 Environmental and public health groups will file a lawsuit today in the U.S. District Court, District of Columbia, to force the U.S. Environmental Protection Agency (EPA) to complete its rulemaking process and finalize public health safeguards against toxic coal ash. Although the EPA has not updated its waste disposal and control standards for coal ash in more than thirty years, it continues to delay these needed federal protections despite more evidence of leaking waste ponds, poisoned groundwater supplies and threats to public health. The groups’ lawsuit comes as EPA data show that an additional 29 power plants  in 16 states have contaminated groundwater near coal ash dump sites.

The EPA’s data about groundwater contamination at 29 additional sites came as a result of a 2010 questionnaire the agency sent to approximately 700 fossil- and nuclear-fueled power plants in an effort to collect data on water discharges. The questionnaire collected general plant information and also required a subset of coal-fired power plants to collect and analyze samples of leachate from coal ash dump sites and report exceedances of toxic chemicals in groundwater monitored by the plants. The Environmental Integrity Project filed a Freedom of Information Act request to obtain the data. After analysis by Earthjustice and EIP,  according to the facilities’ own monitoring data, 29 sites had coal ash contaminants in groundwater, including arsenic, lead and other pollutants. Contamination was found at plants in 16 states, with multiple new cases in Texas (3), North Carolina (3), Colorado (2), South Carolina (2), Pennsylvania (2), Iowa (3), and West Virginia (5), among others.

A full list of all 29 sites can be found by clicking here.

Today’s lawsuit would force the EPA to set deadlines for review and revision of relevant solid and hazardous waste safeguards to address coal ash, as well as the much needed, and long overdue changes to the test that determines whether a waste is hazardous under RCRA.

“The numbers of coal ash ponds and landfills that are contaminating water supplies continues to grow, yet nearby communities still do not have effective federal protection,” said Earthjustice attorney Lisa Evans. “It is well past time the EPA acts on promises made years ago to protect the nation from coal ash contamination and life-threatening coal ash ponds.”

“It is a fact that all of Duke and Progress Energies’ coal ash ponds are leaching toxic heavy metals into groundwater,” said Sandra Diaz of Appalachian Voices. “How long must the people of North Carolina wait for the EPA to do its job to protect us from the threat that coal ash poses to our health?”

“Right now our organization is involved in several lawsuits against old, leaking coal ash landfills in Maryland,” said Diana Dascalu-Joffe, staff attorney with Chesapeake Climate Action Network. “Dangerous coal ash is leaching into waterways that hurt the Chesapeake Bay and could be threatening the health of Maryland citizens. The EPA has a responsibility to issue a strong rule to address coal ash so groups like ours don’t have to fight to clean them up, facility by facility, at the state level. That is why CCAN is involved in this federal RCRA deadline lawsuit—to force EPA’s hand on the coal ash rule. They have been delaying this essential rule that will protect public health and the environment for far too long.”

“One of the biggest threats to our clean water is coal ash pollution,” said French Broad Riverkeeper, Hartwell Carson. “Monitoring at Progress Energy’s two coal ash ponds in Asheville, North Carolina, shows chronic groundwater pollution concerns and the community around the plant has repeatedly complained about fugitive coal ash dust coating their homes. We need the EPA to act to protect human health and the environment.”

“Here in Louisville, Kentucky, we are having problems with dust discharges from one of our big coal-burning power plants,” said Mary Love of Kentuckians for the Commonwealth. “Our local Air Pollution Control District is doing what it can to force the power company to keep our air safe to breathe, but without federal standards on the hazards of coal ash, there is only so much they can do.”

“Our air, our health and our culture is under attack by pollution from nearby coal wastewater ponds,” said William Anderson, chairman of the Moapa Band of Paiutes in southeastern Nevada. “We once hunted geese and ducks on our land, but no longer. These birds are being poisoned by the water in the coal ash ponds. We once harvested medicinal plants, but not any more. Soils are contaminated by the power plant’s coal ash dust, soot and other pollutants. We are being forced to bear the burden of dirty power for Nevada.”

“In the West, water is a scarce commodity. It’s EPA’s job to protect it from contamination,” said Anne Hedges, program director of the Montana Environmental Information Center. “They are failing to do their job at Colstrip where ground and surface waters are already contaminated with coal ash waste. It’s time for EPA to step up and protect the lives and livelihoods of people who live near this enormous facility.”

“Coal ash is severely and dangerously toxic. The heavy metals it contains are contaminating ground water supplies and drinking wells, as well as air and farmland. It’s time that we bring this serious health hazard under control. As physicians and health professionals, we strongly endorse nationwide health-protective rules for coal ash disposal,” noted Barbara Gottlieb, director for Environment & Health, Physicians for Social Responsibility.

“When lead was discovered to be hazardous, it was taken out of paint and gasoline. When asbestos was discovered to be dangerous, we stopped using it in our building materials. Now that the scientific evidence is in, we know coal ash is a harmful material and needs to be disposed of as such,” said Traci Barkley, water resources scientist with Prairie Rivers Network. “The EPA must not delay their responsibility to protect people and the environment—federal regulations on coal ash are needed now.”

“Coal ash poses a very real health risk to families and communities around the country,” said Mary Anne Hitt, director of the Sierra Club’s Beyond Coal Campaign. “It’s time the EPA put in place strong protections that address the threats communities affected by coal ash have been facing for decades. We’ve been waiting for these standards since the disastrous TVA coal ash spill in 2008, and it’s time for action. The EPA needs to put these common-sense protections in place to keep this toxic pollution out of our rivers, lakes and streams.”

“It has been over two years since EPA started the coal ash rulemaking process and over three years since the Kingston disaster and still we have no comprehensive safeguards” said Josh Galperin, policy analyst and research attorney with the Southern Alliance for Clean Energy. “If you ignore the growing problem of coal ash contamination and the people at risk for future disasters you could chalk this up to bureaucratic delay. Looking at the big picture, however, and despite federal laws requiring frequent review, it has been 30 years since EPA last addressed ash contamination. The people who drink, fish, swim, boat, play or live around water cannot wait any longer.”