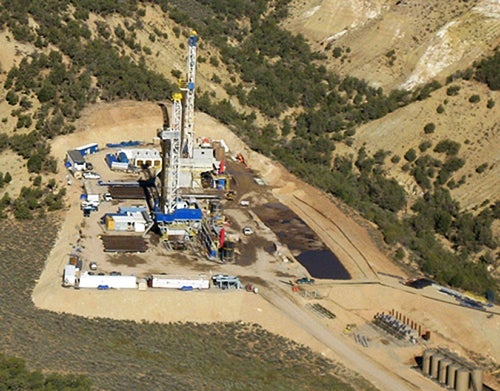 Citizens for a Healthy Community (CHC) announced yesterday that it is launching a cutting-edge air quality sampling project. The project is designed to establish an air quality baseline for the Delta County region in Colorado by testing for toxic chemicals associated with natural gas drilling. Formed in 2009 by a group of concerned residents, CHC’s mission is to protect people and their environment from irresponsible oil and gas development in the Delta County region. 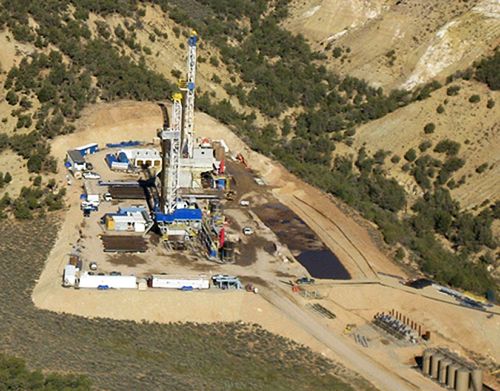 Two drill rigs working on a pad where ten wells have been previously completed. In the bottom right you can see ten recovery water tanks. Note also the reserve pit by the drill rigs. Photo courtesy of TEDX The Endocrine Disruption Exchange.

Local residents will carry backpacks containing air-sampling devices to collect data over 24-hour periods to determine actual human exposure. CHC is beginning to work with local residents to identify sampling locations so that the first round of sampling can begin in September.

The project was developed with input from scientists at The Endocrine Disruption Exchange (TEDX). This cutting edge approach to conducting an air baseline project uses backpack air sampling instead of a stationary sampling location. This project will collect air samples to identify if an individual has been exposed to chemicals in the air. 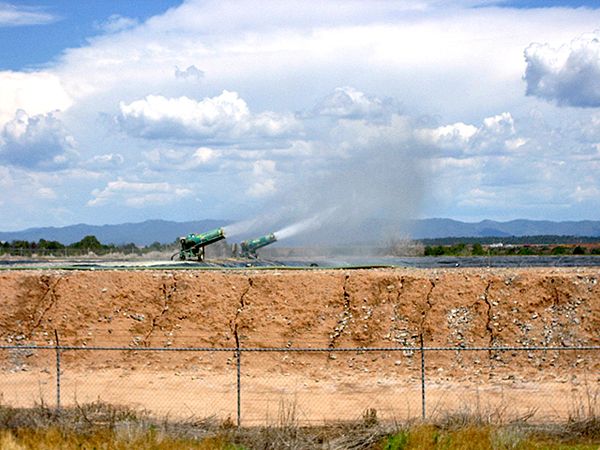 Cannons shooting fracking wastewater to increase evaporation at the Ignacio natural gas processing plant. Note the cracks in the dirt berm in the foreground. Photo courtesy of TEDX The Endocrine Disruption Exchange.

While drilling is relatively minimal in the Delta County region at this time, it is important to establish a baseline to determine the current levels of chemicals associated with drilling prior to any further gas and oil development, especially given the unique wind patterns in the area.  Also, many traditional air sampling projects overlook certain chemicals that can cause serious health effects at very low levels, which sometimes cannot be seen or smelled. CHC will test for these chemicals, called polycyclic aromatic hydrocarbons (PAHs), in sampling. The American Agency for Toxic Substances and Disease Registry says it is well “established” that PAHs are carcinogenic, and have been linked to infertility, immune disorders and fish mutation. 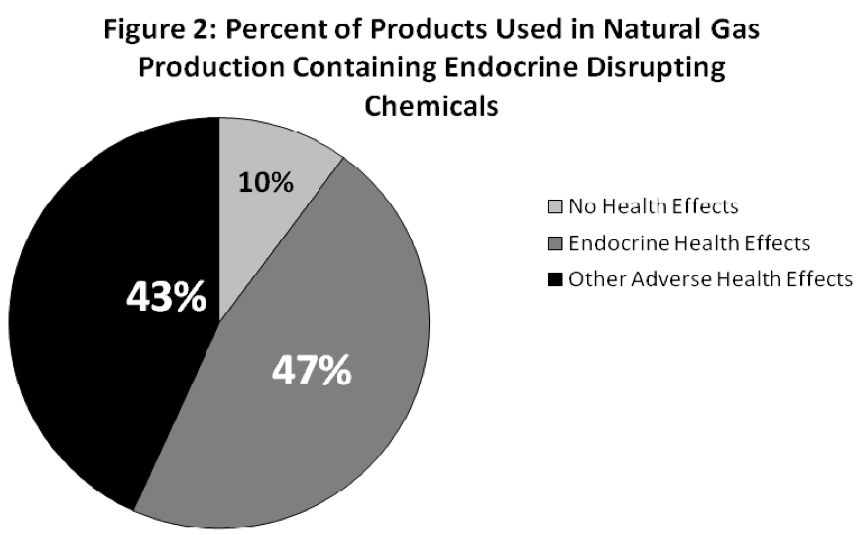 Understanding personal exposure to chemicals is important because of the health effects of certain chemicals used in, or released by, drilling and fracking. TEDX has outlined the risks in their report, Chemicals in Natural Gas Operations: Health Effects Summary. Other health effects include harm to the brain and the endocrine and nervous systems, organ damage, and cancer and other “symptoms such as burning eyes, rashes, coughs, sore throats, asthma-like effects, nausea, vomiting, headaches, dizziness, tremors and convulsions.”

“It’s what we can’t see or smell—chemicals in the air that come from drilling—that could be harming the health of local families,” said Jim Ramey, director of CHC. “Our air sampling project could serve as a model for other communities across the country who are fighting to protect their health and environment from runaway drilling and fracking.”

Concerns in other gas-patch communities have informed the design of this project. For example, at the recent rulemakings of the Colorado Oil and Gas Conservation Commission, commissioners heard from numerous Garfield County and Front Range residents who have experienced health effects that they believe were caused by airborne pollution sourced from drilling. State officials frequently claim that Colorado has the strongest regulations for oil and gas in the nation, but people are still getting sick when drill rigs move in.

“Citizen science is critical to holding the drilling industry and government responsible,” said Weston Wilson, retired from the U.S. Environmental Protection Agency and currently with Be the Change – USA. “Very few communities have the opportunity to establish their air quality baseline before large scale drilling and fracking begin.”

Currently, drilling in the Delta County region is limited to several wells per year. But, the community is facing numerous proposals that could result in hundreds of new wells in the area.