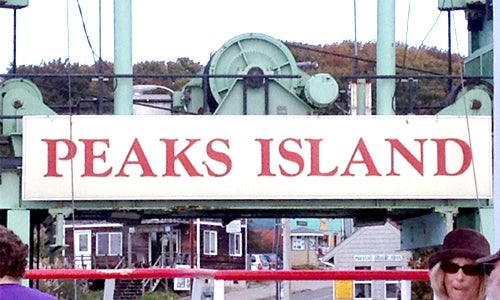 Saren Peetz is a fourth-year College of the Atlantic student from Hudson, Ohio. “Through this project, I feel my interests have finally found a home, together, on islands. I am excited to continue this kind of work in both the Samso and Mount Desert Island communities this fall.”

It is hard to believe that, a month ago today, I boarded the ferry to leave Samso island. I feel my class and its participants have accomplished so much in just four weeks—in great part thanks to the inspiration of this little island in the middle of the Kattegat Sea. 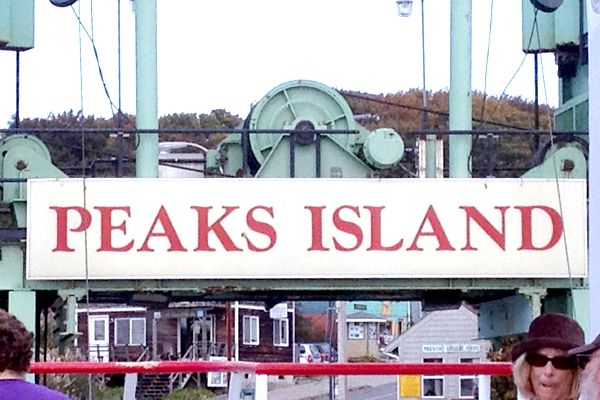 Samso gave us the ability to experience the possibilities for the future of Maine islands firsthand, and gain momentum for our own potential back home. This momentum allowed us to hit the ground running—literally—once back in the states.

I drove up to Bar Harbor on Saturday after flying in from Europe, and by Sunday evening I was back down in Portland boarding a ferry to Peaks Island—part of a three-person team focusing on Peaks through the Collaborative for Island Energy Research and Action (CIERA) program.

Located 20 minutes off Portland, Peaks Island has around 1,000 year-round residents and approximately one square mile of land. Fellow College of the Atlantic student Lauren Pepperman, islander Sam Saltonstall and I are working to decrease the dependence on heating oil and propane on the island.

While some teams in CIERA are struggling with the costly production of on-island electricity, Peaks receives its electricity from the mainland. Although we benefit from mainland prices for that particular utility, Peaks islanders are still paying as much as $1 more per gallon for heating oil than the mainland.

Like many islands in Maine, vacationers flock to Peaks during the summer. This swell in population during the warmest time of the year, while beneficial to the economy of the island, facilitates the construction of poorly insulated housing stock. Over the years, summer cottages became year-round housing, resulting in high heating bills for islanders. Our team recognizes that better home efficiency and converting to electrically driven heating systems could move Peaks away from the issue of high-cost heat.

While sitting in the Samso Energy Academy as we initiated this project’s journey, my team came up against the very first—and perhaps the most important—question in this process.

How do you get a community on board with such a project?

Soren Hermansen and his wife, Malene Lundén, leaders of the Samso project, have stressed time and time again to the CIERA group the need for a community to not only be in support of your work, but also to be involved within it.

The project needs to be “our” work—not “my” work or “their” work. It is inclusive.

We learned that, for Samso, this meant networking within different groups on the island, holding community meetings and engaging various community leaders.