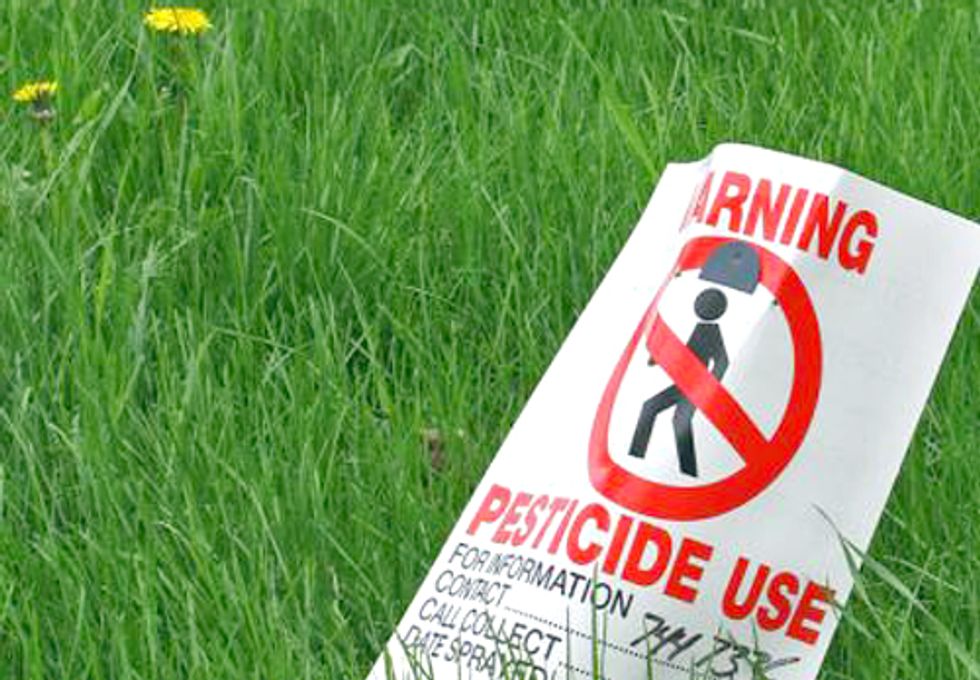 A new study is reinforcing obstetricians’ standard warning that pregnant women should avoid exposure to pesticides in foods and weed killers because the chemicals can harm the developing fetus.

In the study, Cincinnati-area women had levels of organophosphate insecticides that significantly affected birth weight and gestation period.

“This latest report is further evidence that babies in the womb are exquisitely sensitive to pesticide exposure,” said Ken Cook, president and co-founder of Environmental Working Group (EWG). “While much has been done to reduce people’s exposure to organophosphates, this important study shows that even remaining exposures are harmful.”

Lead researcher Bruce Lanphear MD MPH, and his colleagues tracked an ethnically and economically diverse group of more than 300 expectant mothers from the Cincinnati area. They found that newborns of women with the highest levels of organophosphates in their urine were delivered, on average, about half a week earlier and weighed one-third of a pound less than those of women with the lowest exposures.

The abstract of the new study can be found in the journal Environmental Health Perspectives.

For years, EWG has urged the U.S. Environmental Protection Agency to reduce the use of these highly toxic pesticides in agriculture and advised consumers to avoid fruits and vegetables with the highest levels of pesticides. Last year, three studies found that prenatal exposure to organophosphates was associated with diminished IQ in children. Other research has linked organophosphate exposure in children to increased risk of attention deficit hyperactivity disorder (ADHD).