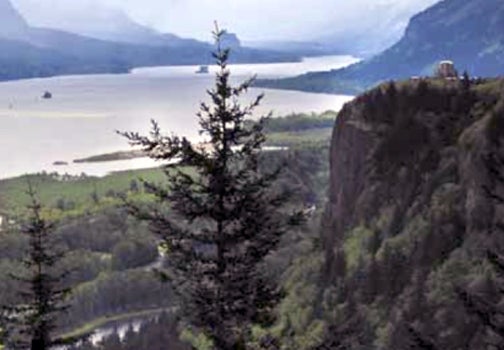 Northwest residents can look forward to cleaner air and water after a multi-year campaign and litigation by Columbia Riverkeeper and its conservation partners succeeded in shutting down Oregon’s only coal-fired power plant. Under a binding consent decree, Portland General Electric’s (PGE) Boardman plant will stop burning coal no later than 2020, reduce harmful sulfur dioxide pollution during the intervening years, and pay $2.5 million into a fund dedicated to environmental restoration and clean energy projects.

“This is a major victory for public health in communities along the Columbia River,” said Brett VandenHeuvel, Columbia Riverkeeper’s executive director. “Coal-fired power is a significant source of toxic mercury pollution. Children are particularly susceptible to serious neurological damage from eating mercury-contaminated fish. Ending coal-fired power in Oregon is an important step toward reducing toxics in Columbia River fish.”

For decades, PGE operated the Boardman plant without any modern pollution controls. Today, the coal plant is Oregon’s largest stationary source of haze-causing pollutants. It’s also responsible for damaging air quality in the Columbia River Gorge, Hells Canyon and ten other protected areas in Oregon and Washington. Pollution from the plant has also been a major threat to human health. Studies have found that pollution from coal-fired power plants contributes to four of the five leading causes of death in the U.S.—heart disease, cancer, stroke and chronic lower respiratory diseases.

In 2008, Columbia Riverkeeper, Friends of the Columbia Gorge, Hells Canyon Preservation Council, Northwest Environmental Defense Center and the Sierra Club, with legal representation from the Pacific Environmental Advocacy Center, launched a campaign to clean up the Boardman plant. The July agreement successfully concludes that campaign and resolves a pending federal lawsuit.

In addition to obtaining a binding shut-down date and reducing sulfur dioxide limits now, the agreement requires PGE to pay $2.5 million into a fund managed by the Oregon Community Foundation that will provide:  $1 million for habitat protection and environmental restoration in the Columbia River Gorge; $625,000 for habitat protection and restoration in the Blue Mountains, Hells Canyon and Wallowa Mountains; $500,000 for local clean energy projects, such as solar panels on houses, and $375,000 for community-based efforts to reduce air pollution.

Columbia Riverkeeper and allies filed the lawsuit in federal court in 2008 after requests for pollution reductions and early closure of the plant were rejected by PGE. The case was strengthened when, after the lawsuit was filed, the U.S. Environmental Protection Agency issued a Notice of Violation against PGE citing similar violations to those alleged in the lawsuit. “This outcome demonstrates that pollution control laws like the Clean Air Act provide tremendous benefits to public health and the environment,” said Aubrey Baldwin, staff attorney at the Pacific Environmental Advocacy Center.

But the coal threat to the Pacific Northwest is far from over. Today,coal giants are seeking to export Wyoming and Montana coal to Asia through ports on the Columbia River and Puget Sound. Columbia Riverkeeper is challenging a proposal by Arch Coal and Ambre Energy for one of the world’s largest coal export terminals—60 million tons per year—in Longview, Washington. “This stunning proposal would increase strip mining, create a non-stop chain of dirty coal passing through our towns,” said Columbia Riverkeeper VandenHeuvel. “We have a deep connection to the river and salmon, and don’t want to trade that for a dirty coal town.”

“The coal companies are desperate for new markets,” said Matt Krogh, North Sound Baykeeper in Bellingham, Washington, where SSA Marine is proposing a coal export terminal. “Success stopping other coal projects has coal companies scrambling for new export facilities to get coal to Asia. We don’t want all the diesel pollution, vessel traffic risks, train traffic, and water quality impacts that come with an 80-acre pile of dirty coal. Communities all up and down the west coast must be aware that this could be coming your way, too.”