Colorado's Chimney Rock to Be Named a National Monument 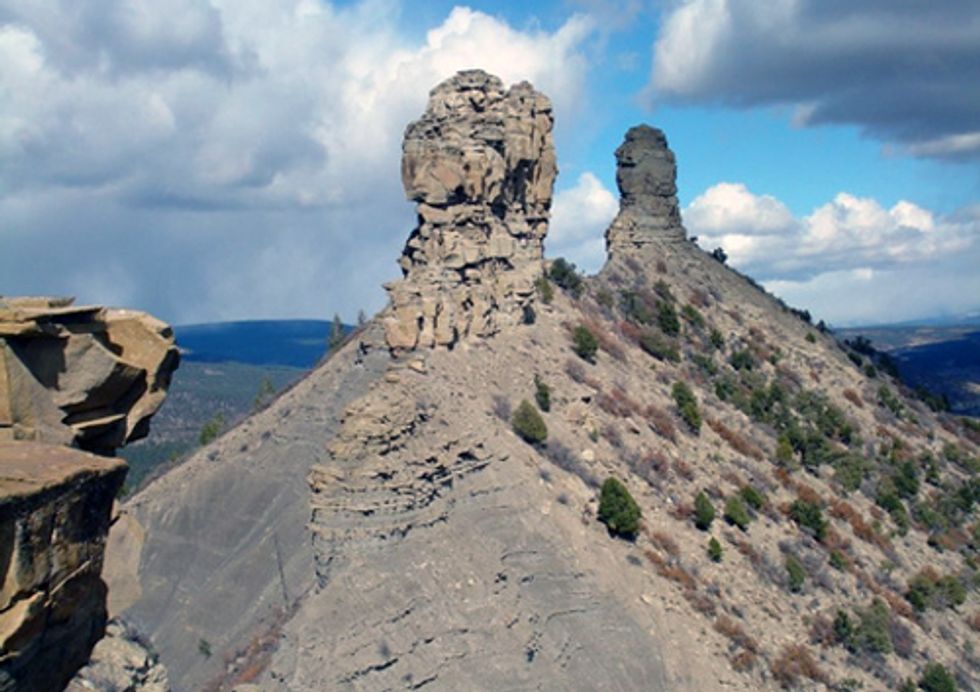 Today's designation of Chimney Rock National Monument by President Obama not only adds to our country's conservation legacy but also serves as a perfect example of why the Antiquities Act is so important. The Act was passed by Congress in 1906 to allow the president to ensure "...the protection of objects of historic and scientific interest."

Chimney Rock fits the bill perfectly. The area contains stunning remains of ceremonial and other archaeological sites from the ancient Pueblo culture that thrived in the Southwest for hundreds of years. The twin rock spires that lend Chimney Rock its name are as inspiring today as they were 1,000 years ago—every 18.6 years they perfectly frame the moon during what's known as the northern lunar standstill (the last one was in 2006).

But despite its cultural significance, Chimney Rock lacked any protective designation to provide permanent support for and protection of its sites and resources—until now. Along with protecting the site, the designation is expected to increase heritage tourism in the region, adding to the 9,000 visitors who already come to experience Chimney Rock each year. A recent economic study showed that this national monument designation will double the economic benefits to the region within five years.

While Chimney Rock is unique, its story is not. A number of other studies by Headwaters Economics have documented post-designation job and personal income growth in communities near new national monuments. Across the country, protected public lands draw millions of visitors each year and are vital to our nation's $646 billion outdoor recreation economy, which supports over 6 million jobs.