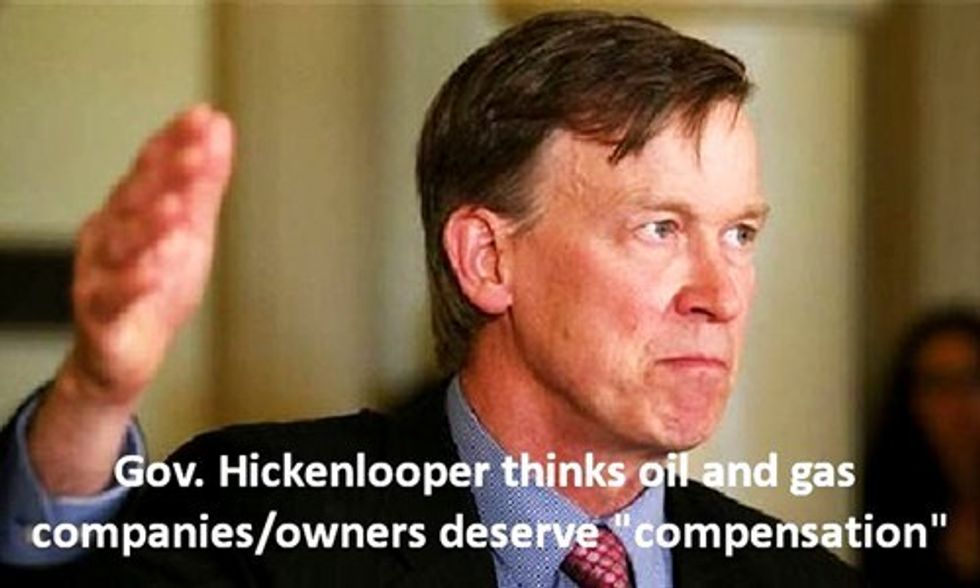 Tensions are rising to a crescendo across Colorado as the Colorado Supreme Court has agreed to hear the extremely controversial issue of whether fracking bans and long-term moratoriums are allowed in the state.

The Supreme Court has combined the two cases from Longmont and Fort Collins and is expected to start hearing briefs by the end of 2015.

Colorado Governor John Hickenlooper continues to be a very controversial and outspoken supporter of fracking across the state—he opposed the bans and moratoriums and then he forced the State of Colorado to sue Longmont when their ban took effect (he later dropped the lawsuit). Just this week, Hickenlooper stated in a public radio interview that he expected the Supreme Court—which he appoints—to rule to support the Colorado Oil and Gas Association. He said the Court should see the bans and moratoriums as a type of “private property rights taking,” similar to “eminent domain” that requires “compensation” paid by the cities to the owners of the oil and gas mineral rights.

I see it differently. If the issue of “takings” is considered by the Colorado Supreme Court, it should also include the “taking” that forces fracking down the throats of home-owning citizens thereby taking their property values, health, safety and quality of life. If Governor Hickenlooper wants to talk about “takings” and “compensation,” then by all means the Supreme Court should consider it both ways.

Will the Colorado Supreme Court compensate homeowners for the harms caused by fracking? An endless stream of stories race across the media in Colorado about how people have been hurt, wronged, impacted, made sick, left nearly homeless, etc. by fracking very near their homes. It’s time to let the Supreme Court weigh in.

Gary Wockner, PhD, is an environmental activist and writer based in Fort Collins and was heavily involved in supporting the moratoriums and bans. Contact: [email protected].