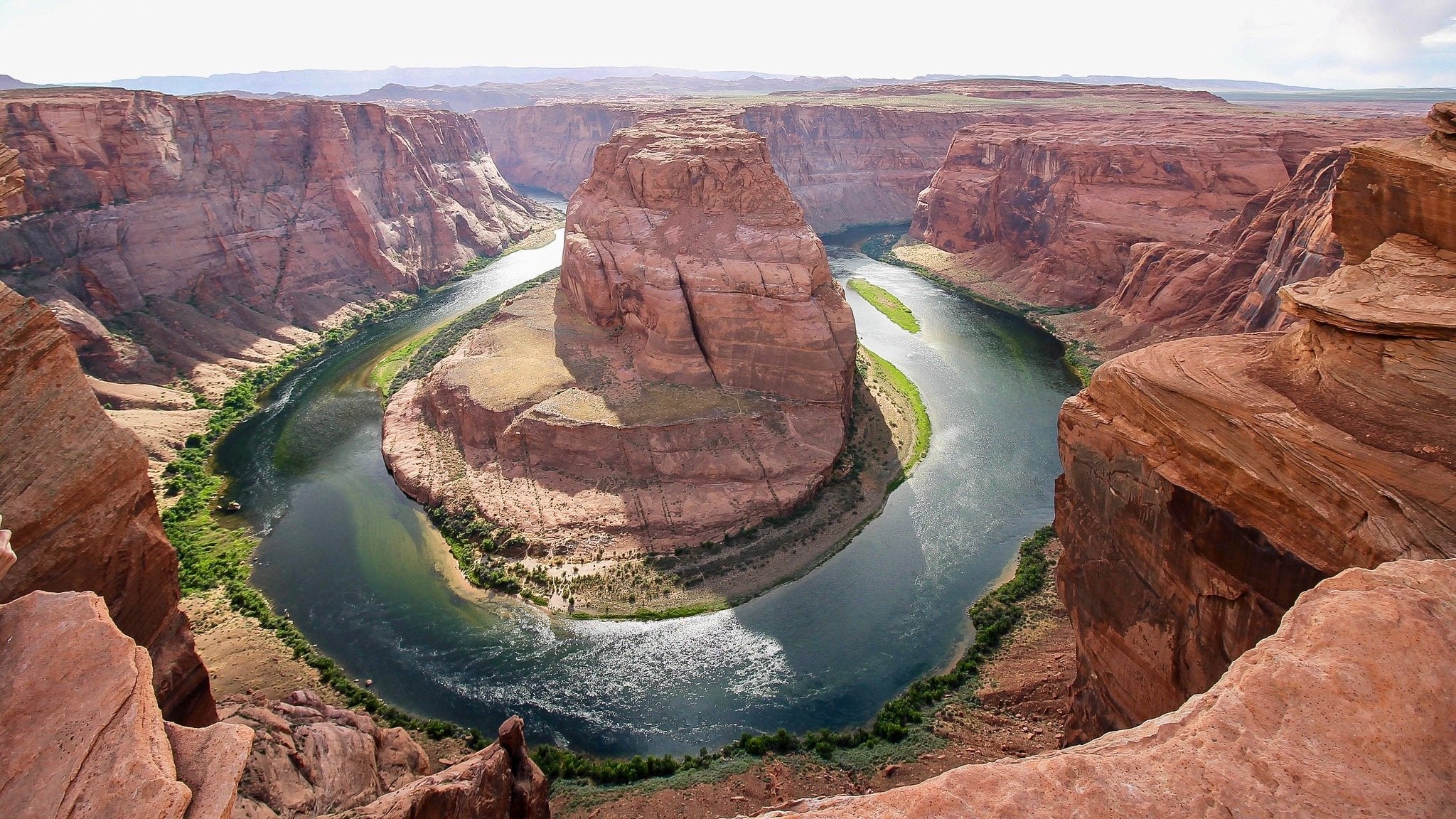 Horseshoe Bend (seen above) is a horseshoe-shaped meander of the Colorado River in Page, Arizona. didier.camus / Flickr / public domain

Millions of people rely on the Colorado River, but the climate crisis is causing the river to dry up, putting many at risk of “severe water shortages,” according to new research, as The Guardian reported.

Longer periods of drought and rising temperatures have decreased the river’s annual flow by 20 percent compared to the last century. The researchers, who published their study in Science, say that global heating has caused mountain snowpacks that feed the river to disappear, which leads to increased evaporation, as The Washington Post reported.

“That’s the thing I found most fascinating about this study,” lead author Chris Milly of the U.S. Geological Survey said to KNAU. “As the snow cover dwindles due to warming, it’s reflecting less sunlight back to the atmosphere. So the basin’s absorbing more sunlight. That sunlight is powering evaporation out of the basin. Now when that evaporation—the water is taken out of the basin due to the evaporation, there’s less water flowing down the river to the 40 million people that are waiting for it.”

Snow and ice reflect sunlight back away from the Earth’s surface, a phenomenon known as the albedo effect. The loss of snow and ice means the Earth absorbs more heat.

Milly and his research partner, Krista A. Dunne, found that for every degree Celsius of warming, the river’s flow decreases 9.3 percent. Recent studies have confirmed that the river’s steady decreased flow since 2000 is due to rising temperatures. The decline has amounted to 1.5 billion tons of missing water, equal to the annual water consumption of 10 million Americans, as The Washington Post reported.

About 40 million people live along the Colorado and it supports nearly trillion in economic activity each year and provides 16 million jobs. Its waters cover a wide expanse, according to The Washington Post. Its waters are channeled as far away as California’s Imperial Valley and central Arizona, where its used to irrigate crops, as well as across the Rockies to supply drinking water for Colorado’s biggest cities. The Colorado feeds the two largest water reserves in the U.S., Lake Powell and Lake Mead. Lake Mead supplies Las Vegas with almost all of its water, as The Guardian reported. The huge reservoir formed by the Hoover Dam has dropped to levels not seen since the 1960s.

So far the world has heated up by about 1 degree Celsius over pre-industrial times, but it is on course to rise 3 degrees Celsius by the end of the century unless emissions are drastically cut, as The Guardian reported. For the Colorado River this means, an “increasing risk of severe water shortages,” the study says. Increased rainfall will not offset the loss in reflective snow.

“This has important implications for water users and managers alike,” Brad Udall, a senior scientist at Colorado State University and an expert on water supplies in the west who was not involved in the research said, as The Guardian reported. “More broadly, these results tell us that we need to reduce greenhouse gas emissions as soon as we possible can. We’ve wasted nearly 30 years bickering over the science. The science is crystal clear – we must reduce greenhouse gas emissions immediately.”

Andrew Mueller, general manager for the Colorado River District, who was not involved in the study, wrote in an email to The Washington Post that the new findings provide “confirmation of significantly grim indicators about future flow in the Colorado River.”

He added that the amount of water that would disappear with another 1 degree C temperature rise is nearly five times what Las Vegas uses each year. “A decline in flows of this magnitude will present a significant challenge to all inhabitants in the Colorado River Basin.”