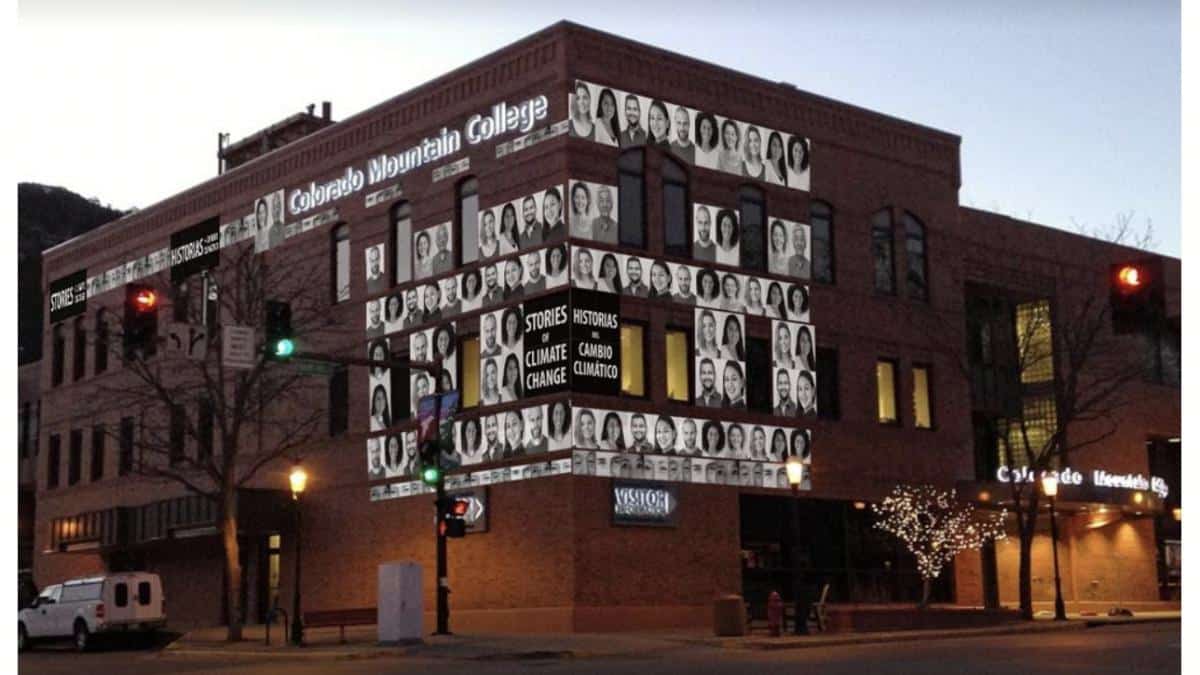 Richard Mode, a North Carolina sportsman, has a story to tell. He likes to fish for trout, but the water is warming and the fish are disappearing.

But Mode’s story is more than that. It’s a catalyst for shifting climate beliefs among political moderates and conservatives.

A recent study reveals growing evidence on the benefit of humanizing the climate crisis, and one local initiative is actualizing it in a new project.

The Colorado non-profit CORE, The Community Office for Resource Efficiency, is calling upon the public to submit a self-portrait and a 90-second story to be featured on an upcoming mural installation. The murals will span three Colorado Mountain College buildings in western Colorado in the spring, the Aspen Times reported.

“Climate change knows no boundaries,” Mona Newton, executive director of CORE said in a press release. “We want to show the human diversity of this phenomenon, representing a breadth we don’t usually see in the media or in the environmental movement.”

Titled “Stories of Climate Change / Historias del Cambio Climático,” the multicultural mural installation is part of French artist JR’s Inside Out global art project, according to the press release. “We hope our portraits and personal stories will demonstrate that we are all in this together,” Newton added.

The mural’s goal to share local experiences of climate change underscores growing concern for the climate crisis across the U.S.

Yet, compared to older generations, younger people are more willing to turn this concern into action, according to a study performed by the Yale Program on Climate Change Communication. There’s good reason for this.

So, how can climate change communication motivate older generations?

“The scientists, we’re interested in and motivated by the facts and figures and the raw numbers,” Abel Gustafson, a postdoctoral associate at the Yale Program on Climate Change Communication, told Grist, “but we oftentimes forget that most other people in our audience are not.”

Currently, climate communication channels make the crisis seem distant, according to an article by the Yale Program on Climate Communication. But stories like that of the North Carolina sportsman portray climate change as an issue occurring today, and affecting a larger group of people.

Researchers of the Yale study shared Mode’s personal account of climate change with political moderates and conservatives. The result?

Personalizing climate change through human stories could inspire more people to understand the crisis beyond polar bears in the Arctic, for example, and connect it to their next-door neighbors or hobbies.