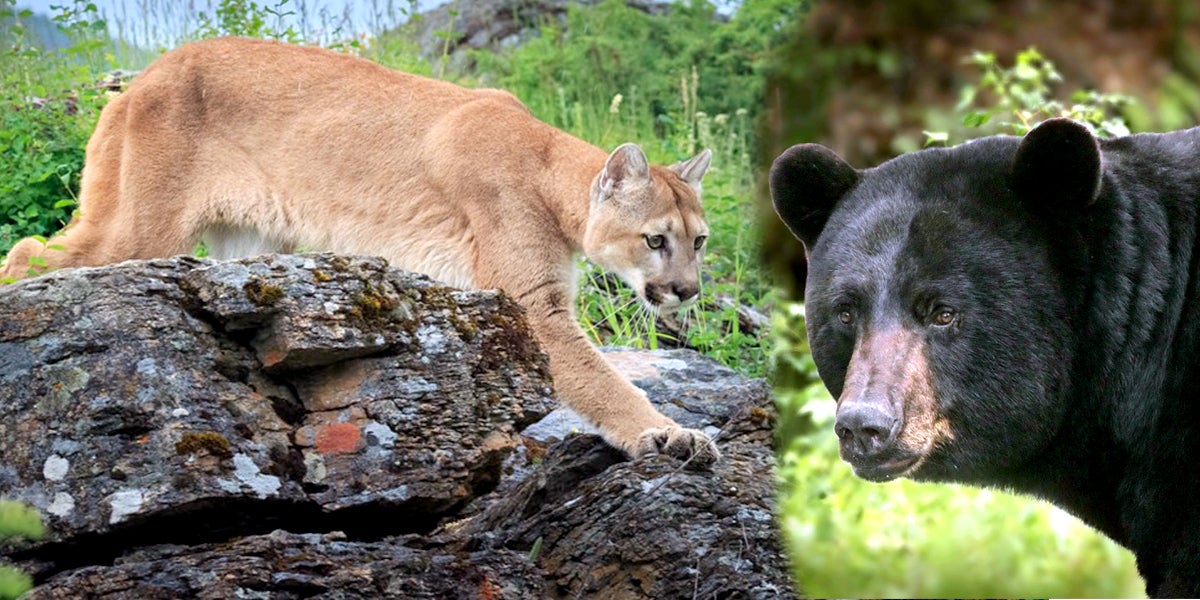 Despite opposition from conservation and wildlife groups, Colorado announced plans to kill mountain lions and black bears so that more mule deer will be available for hunters. 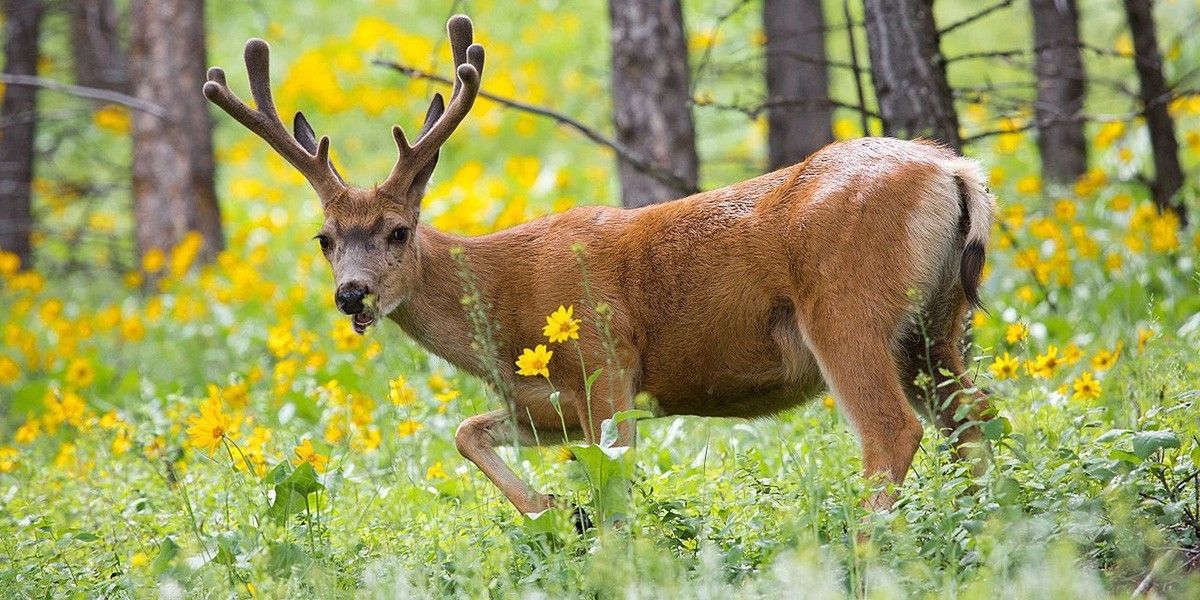 In the 1800s, both white-tailed and mule deer were hunted with abandon until they became so scarce that most people just stopped hunting them. Federal and state conservation legislation beginning around 1900 allowed deer to recover.

Beginning in the 1970s and 1980s, however, as energy development grew in Western Colorado, mule deer populations began to decline. The White River herd, which once numbered 100,000 animals, is now down to 32,000. Populations in the state’s central and northern mountains, and those on the eastern Plains, are stable.

Anyone who has visited a national park or hiked the forests and shrub lands of the West has likely encountered mule deer. Mule deer range west of the Missouri River and are smaller than white-tailed deer, which are more common in the East.

They can be seen in most of Colorado, in the Yosemite Valley, along the South Rim of the Grand Canyon and in the foothills of Los Angeles. Mule deer are often unafraid of humans in areas such as these where hunting is prohibited and interactions are common.

Mountain lions—also known as cougars—take a particular liking to mule deer. Wolves, coyotes and bears also prey on the species. But natural predation is not seen as the leading cause of mule deer declines in Colorado. 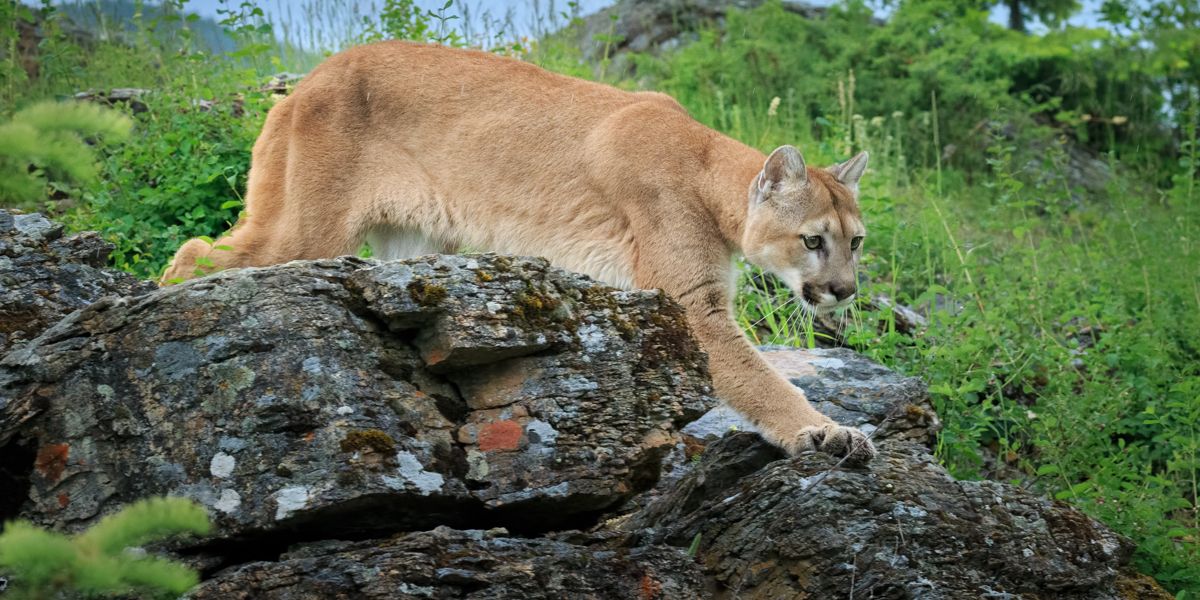 A mountain lion on the hunt.Dan Zukowski

Both the pro-hunting Mule Deer Foundation and the National Wildlife Federation (NWF) cite loss of habitat as a primary cause.

“We believe that habitat degradation from energy, and residential development, which has been confirmed by CPW biologists for years, should be the primary focus of scientifically-based wildlife management,” said Brian Kurzel, regional executive director for the NWF.

Colorado’s plan calls for the killing of up to 15 mountain lions and 25 black bears each year for the next three years using cage traps, culvert traps, foot snares and hunting dogs. The $4.5 million wildlife management plan would then be followed by a six-year study to see how the deer population responds.

There is concern that the CPW’s decision is driven by money and a desire to favor hunting, which generates $693 million in annual economic benefits in northwest Colorado alone. Last year, 34,000 mule deer were taken legally by hunters. The CPW gets 90 percent of its revenue from hunting and fishing licenses.

But not even hunters are buying into the plan.

Brett Ochs, a Colorado resident who describes himself as “someone who has been hunting in Colorado for more than three decades,” wrote in the Boulder Daily Camera, “Killing predators to arbitrarily see if it will boost mule deer populations is unsustainable and not sound wildlife management.” He argued that CPW should use revenues from hunting fees to improve habitat and migration corridors.

“Other states have tried to boost deer populations by removing predators from the landscape, but time and time again these studies have failed to increase deer populations,” said Andrea Santarsiere, senior attorney at the Center for Biological Diversity.

Mountain lions are a game animal in Colorado. Even though CPW says it has no idea of the population of the species in the state, it allowed the killing of 467 big cats during the 2014-2015 hunting season. Many argue that killing a few more is not the answer.

“Deer in Colorado suffer from lack of habitat and habitat degradation, largely due to expansive oil and gas drilling and invasive plant species. Without adequate nutrition, deer will not thrive no matter how many predators CPW removes,” Santarsiere added.

Mule deer herds in northwestern Colorado were once so prolific that the area was known as the “mule deer factory.” But that’s the area where drilling has dramatically increased in recent years. The NWF report reveals that 8,965 new wells were dug between 2005 and 2012.

In a comprehensive NWF report on mule deer in Colorado, the organization refers to a similar issue in a neighboring state.

“Research has shown that two mule deer herds in western Wyoming, parts of which have been heavily drilled the last decade or so, have shrunk by at least 30 percent,” the report says. “Research­ers don’t pin all the decline on energy development, but note that deer avoid well sites.”

Last month, the Obama Administration canceled 25 oil and gas leases in western Colorado and added restrictions on others. Even though all were inactive leases, the executive director of the West Slope Colorado Oil and Gas Association, David Ludlam, considered the cancellation of the leases to be a “last-ditch shot across the bow” from President Obama.

Colorado State University wildlife biologists reminded CPW commissioners in a letter dated Dec. 10 that road construction and oil and gas development had damaged large areas of deer habitat, and argued against the plan to cull cougars and bears.

“The scientific consensus is clear and compelling—predator control is a costly and ineffective management tool to increase mule deer populations,” they wrote.

For more information on the history of mule deer, watch here: