Colorado Moms Travel to DC to Protect their Communities from Fracking 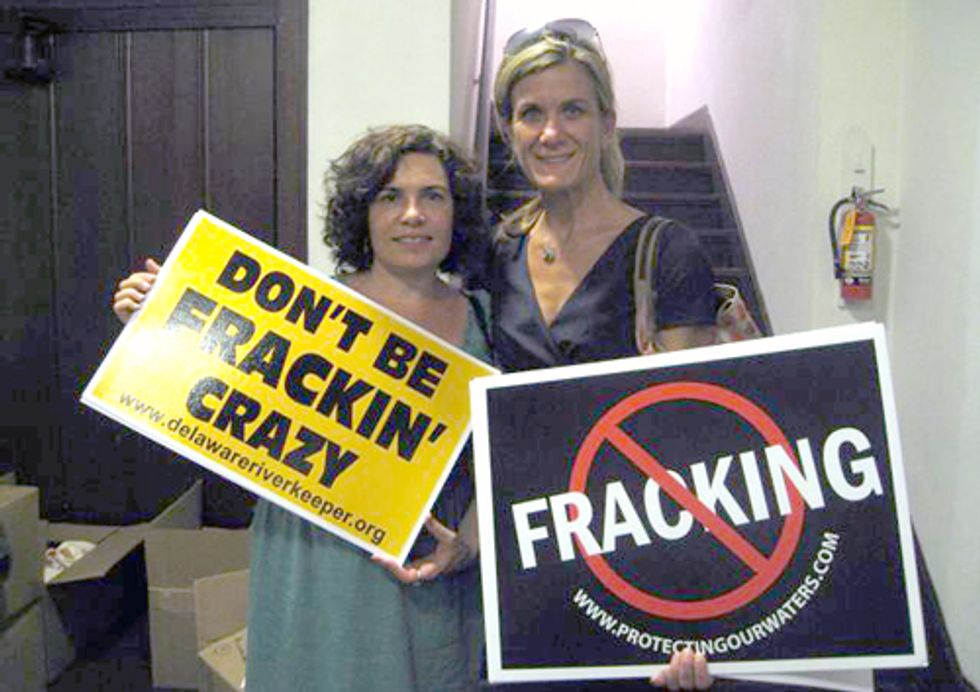 Diana Caile and Jodee Brekke traveled to Washington, DC to participate in the Stop the Frack Attack rally and deliver a letter to their Colorado Senators to protect their communities from the dangers of fracking.

As the oil and gas industry moves full speed ahead with the fracking boom, residents across Colorado are organizing to protect their health, environment, property values and way of life from the impacts of oil and natural gas extraction, including fracking. Two Colorado mothers—Jodee Brekke and Diana Caile—traveled to Washington, DC to join the nationwide coalition of people and organizations at the Stop the Frack Attack rally on July 28.

While in Washington, DC, Caile and Brekke met their Colorado senators' staff members to hand deliver a letter signed by 262 Colorado constituents, 17 grassroots groups and nearly 1,500 signatures from people outside of Colorado, including Yoko Ono, cofounder of Artists Against Fracking.

“Since our elected officials and government agencies aren’t protecting our basic human and constitutional rights to clean air and water and from numerous other threats imposed on us by the oil and gas industry, then we need to call them to task,” said Brekke.

"The state is suing communities that want to keep the heavy industrial, toxic process of fracking away from neighborhoods and children’s schools. It doesn’t belong there. Period. Our government should be protecting the people of Colorado, not corporate profits at our expense,” said Caile.

The Mothers Project, Inc. is hosting the letter to the Colorado senators, written by local mothers, on their website. Founded in March, 2012, by Angela Monti Fox, mother of Josh Fox, creator of the documentary Gasland, The Mothers Project is a coalition of mothers advocating for immediate, full-scale investments in renewable energy and opposing extreme fossil fuel extraction, including fracking and its attendant impacts. Currently active in New York and Pennsylvania, where there is widespread opposition to fracking, The Mothers Project provides support to grassroots groups fighting to protect the health, environment and communities impacted by fracking.

Caile and Brekke, along with The Mothers Project, will continue to collect signatures on the letter. To sign the letter, click here.