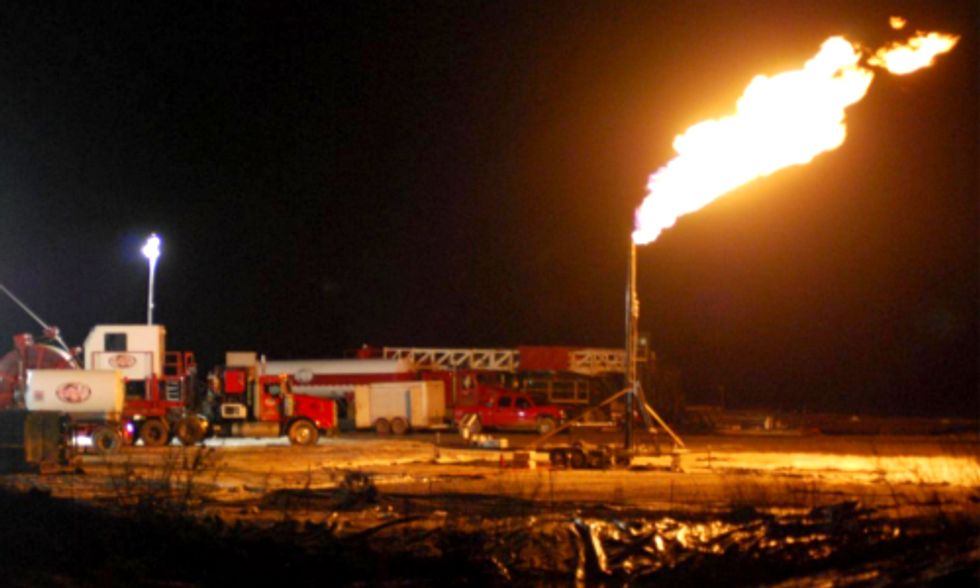 Her decision Thursday regarding Longmont, CO's fracking ban includes no ambiguity. Instead it clearly states that concerns about health risks to residents don't quite stack up against Colorado's stake in the oil and gas industries.

"While the court appreciates the Longmont citizens' sincerely held beliefs about risks to their health and safety, the court does not find this is sufficient to completely devalue the state's interest," Mallard wrote in the decision, uploaded to Scribd by the Denver Post.

Voters approved the ban in 2012, but the Colorado Oil and Gas Association never stopped fighting to overturn it. Earthworks, the Sierra Club, Our Health, Our Future, Our Longmont and the other environmental groups listed as defendants plan on appealing the decision. The judge ruled that the ban can remain in place while an appeal is considered.

A judge's decision favoring Colorado's fracking industry makes it clear that residential safety isn't as much of a priority. Photo credit: Earthworks

“While we respectfully disagree with the court’s final decision, [Mallard] was correct that we were asking this Court, in part, to place protection from the health, safety and environmental risks from fracking over the development of mineral resources,” Kaye Fissinger, president of Our Health, Our Future, Our Longmont, said in a statement on Earthworks' website.

“It’s tragic that the judge views the current law in Colorado is one in which fracking is more important than public health; reversing that backwards priority is a long-term battle that we’re determined to continue.”

According to the Post, the City of Longmont had spent $116,324 defending the ban as of June 30. Though the groups argued that the language the industry relied on to get its desired result was written far before modern practices like fracking, Mallard said the issue should be taken up with a higher court or state legislators.

“This decision means two things: The judge has invited us to seek the change we need either through the higher courts or the legislature," said Bruce Baizel, Earthworks Energy Program director. “We fully intend to pursue the former on appeal, while the latter underscores the need for the citizens of Colorado to get out and support the Environmental Bill of Rights ballot measure this Fall.”