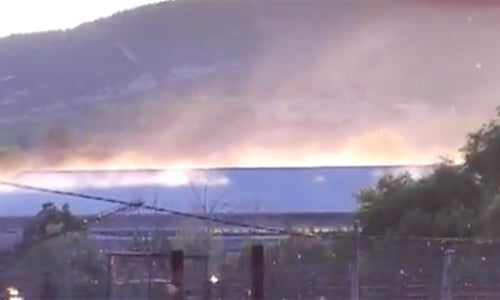 Colorado Gov. John Hickenlooper is once again ruffling feathers within the environmental community.

This time, the controversy was sparked when Hickenlooper filed an amicus brief that stated two “cage-free” Hostetler family chicken farms in Delta County should be opened for business—a decision backed by Delta County commissioners, Delta County Farm Bureau and other supporters of the crowded, egg-laying farms, reports The Daily Sentinel. 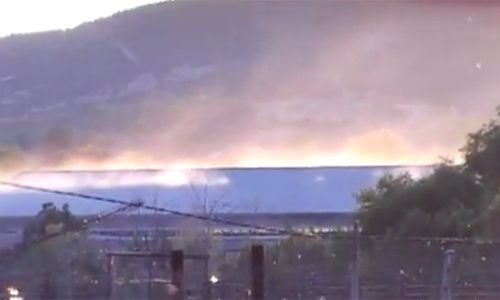 One of those farms, located on Powell Mesa in Hotchkiss, CO, was shut down in late 2013 by District Court Judge Steven Patrick who ruled the county did not properly pursue health complaints from some vocal neighbors of the farm.

The other confined chicken farm, which was in the process of being developed, also will remain on hold pending an appeal of Patrick’s decision.

Cage-free hens are able to walk, spread their wings and lay their eggs in nests, although most cage-free hens live in large flocks consisting of thousands of hens that never go outside.

When closing the farm last year, Patrick criticized Delta County officials for not addressing the health claims of some neighbors to the farm. However, in its brief to the appeal court, the Colorado Attorney General’s office contended the farm “went beyond all regulatory requirements” to “minimize undesirable air emissions.”

It states a number of measures were initiated to minimize emissions, including laying sawdust, misting and maximizing ventilation at the egg-laying facility.

Most of those actions were taken in advance of a county-commissioned air quality study of the facility, which was heavily cited by government leaders in other documents filed last week.

Travis Jardon—a plaintiff in the case and a resident of Sunset Mesa, where the second Hostetler farm is planned—called the report a “15-minute snapshot study” that revealed very little about the pollutants actually being discharged at the 15,000-hen facility, according to The Daily Sentinel.

“I have 60 acres directly downwind [from the closed-down farm],” said Dr. Susan Raymond, Veterinarian and owner of North Fork Veterinary Clinic that sits less than 900 feet from the farm. “My hay crops are rotting due to mold and bacteria being spewed upon my property. I also raise Registered Quarter horses that came down with bloody noses, chronic coughs, and heaves (asthma). This industrial poultry has severely impacted my ability to make a living. My hired help have all had respiratory issues. My clients had issues. My patients became ill.”

Proponents argue the operating farm did its part to neutralize environmental impacts, and that Patrick’s district court ruling contradicts the state’s Right to Farm law.

Jardon said the other pillar of Hickenlooper’s stance, that Patrick’s decision of shuttering the farms runs counter to the broad Right to Farm law, should not apply since the case, currently on appeal, is narrow in scope.

Jardon and the other plaintiffs are crafting their answer to the recent court filings, and should have their rebuttle filed shortly.

He speculates officials with the Delta County Farm Bureau lobbied the governor, who is running for reelection in November, to get involved in the case.

“The Farm Bureau who is backed by corporate agriculture (Monsanto, Dupont, etc.) went to [Hickenlooper] and told him that this is a ‘right to farm’ issue and that this will forever change livestock raising in Colorado and possibly set precedence for the rest of the country,” she said. “When in fact this is a land-use decision.”

The opposition group tried to get its own meeting with the governor, hearing he would likely weigh in, but was unsuccessful.

Local Colorado media outlets reached out to Hickenlooper’s office, but were met with replies of “no comment.”

Click below to view a video shot by Dr. Susan Raymond from her property, which is next to the closed Hostetler chicken farm in Hotchkiss, CO.