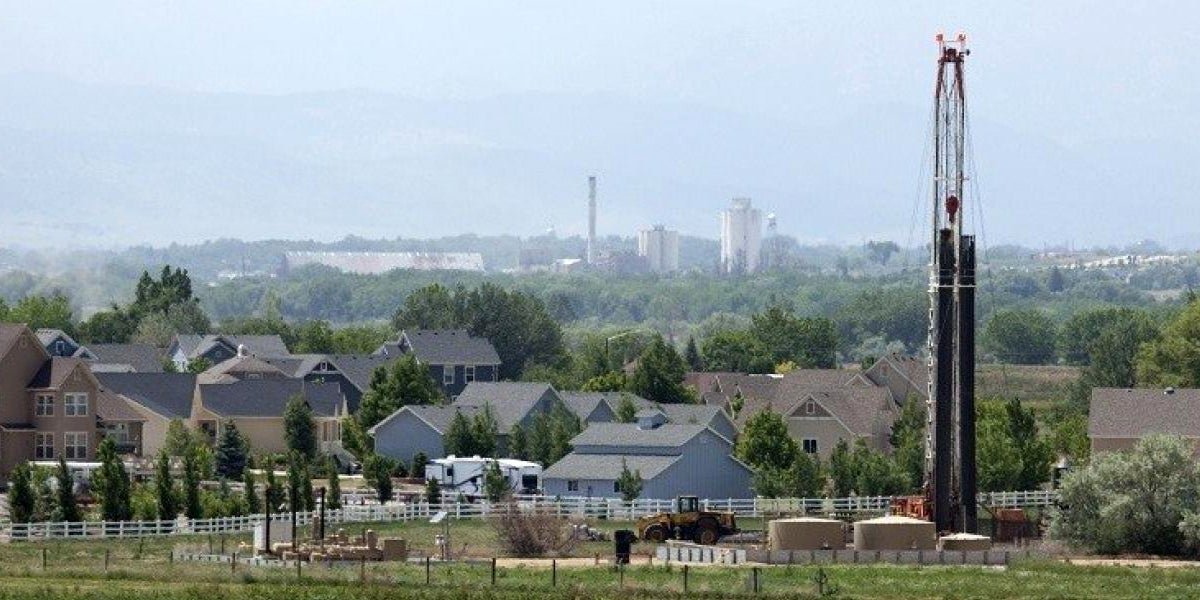 In a 2-1 decision Thursday, the Colorado Court of Appeals reversed the Colorado Oil and Gas Conservation Commission’s order denying a youth-brought rulemaking petition against fracking and a lower court’s order upholding the denial. The court remanded the case to the district court and the commission, finding that the commission erred in its interpretation of Colorado law:

“We therefore conclude that the commission erred in interpreting [the Oil and Gas Conservation Act] as requiring a balance between development and public health, safety and welfare.”

“The clear language of the act … mandates that the development of oil and gas in Colorado be regulated subject to the protection of public health, safety and welfare, including protection of the environment and wildlife resources.”

The commission had argued that the Oil and Gas Conservation Act required it to strike a balance between the regulation of oil and gas operations and protecting public health, the environment and wildlife resources.

The six plaintiffs in the case are Xiuhtezcatl Martinez, Itzcuahtli Roske-Martinez, Sonora Brinkley, Aerielle Deering, Trinity Carter and Emma Bray. All are members of the Boulder-based youth group Earth Guardians.

The youth hand-delivered their petition for rulemaking in November 2013 to the commission. Their petition asked the commission to develop and implement a rule to stop the permitting of fracking until and if, oil and gas development can be done without causing harm to humans and without impairing Colorado’s natural resources, including atmospheric resources and climate change.

“By its decision today, the court has concluded that the commission has full statutory authority to adopt Petitioner’s proposed rule,” Julia Olson, plaintiffs’ counsel and executive director of Our Children’s Trust, said. “The commission can no longer decide to prioritize oil and gas development over the health and safety of Coloradans. This is an enormous victory for these youth. We look forward to helping the youth of Colorado go back before the commission on remand.”

Martinez, youth director of Earth Guardians, shared his excitement on the win. “Our movement to fight for the rights of people and our environment is evolving,” he said.

“From the streets to the courtroom, the voices of the younger generation will be heard and the legal system is a tool for our resistance. Small wins build up to create massive change. I’m very optimistic about the potential this lawsuit has to protect my Colorado. Now more than ever, we will see people reclaiming the power.”

Martinez is one of 21 youth plaintiffs in Juliana v. United States, a climate case brought in federal court and headed to trial this fall in U.S. District Court in Oregon. The American Petroleum Institute (API) is an intervenor defendant in both Martinez’s Colorado and federal case. API represents the interests of the oil and gas industry supporting the commission in Colorado and the Trump administration in federal court. On Friday, attorneys representing Martinez and his co-plaintiffs in that case, served API and the federal government with requests for emails to or from Secretary of State Rex Tillerson’s pseudonym,Wayne Tracker.

Judges ruling on the side of youth plaintiffs were Judge Terry Fox and Judge JoAnn Vogt, with Judge Laurie Booras dissenting. In Booras’ dissent, she wrote:

“I respectfully dissent from the majority’s conclusion that the statutory scheme of the Oil and Gas Conservation Act (the Act), §§ 34-60-101 to -130, C.R.S. 2016, requires protection of public health, safety and welfare as a determinative factor, instead of requiring balancing between those considerations and oil and gas production.”

In this Colorado case, however, the youth won their right to have their health, safety and welfare take precedence over oil and gas drilling. They will head back to district court with the support of Coloradans from across the state, hundreds of whom marched in support of their case prior to their hearing before the Colorado Court of Appeals last month.

Martinez v. Colorado Oil and Gas is one of many related legal actions brought by youth in several states and countries, all supported by Our Children’s Trust, seeking science-based action by governments to stabilize the climate system.