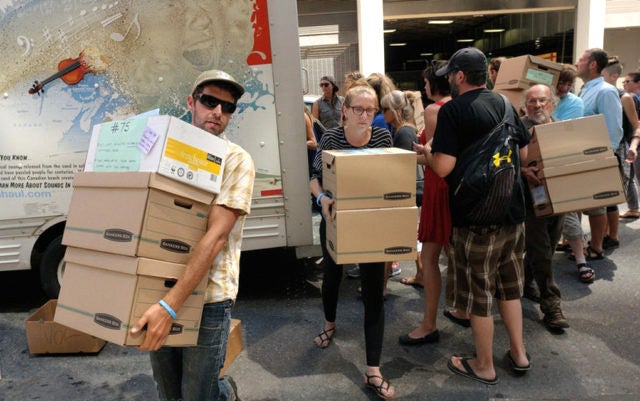 By Yes for Health and Safety Over Fracking

“As we review the ruling, we want to assure our volunteers and supporters that we are as committed as ever to giving the residents of Colorado a say this November on whether their communities can regulate fracking,” said Tricia Olson, executive director of Yes for Health and Safety Over Fracking.

“That fracking is dangerous to the health and safety of the state’s residents resonated loudly in every corner of the state. Today’s announcement is not the final action on this issue as countless residents are now committed to protecting their children’s schools, parks and homes.” 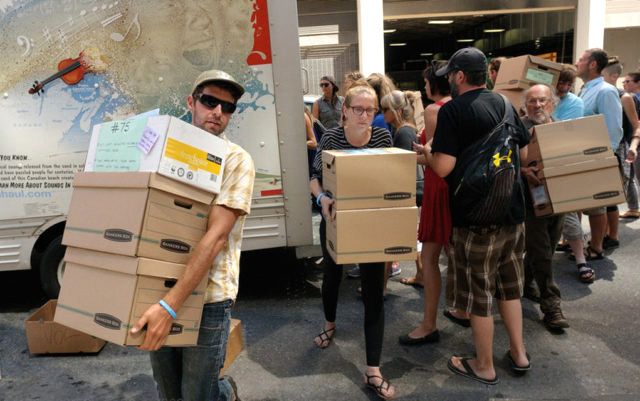 On Aug. 8 more than 200,000 signatures were turned over to the Colorado Secretary of State to be counted and authenticated.Greenpeace / Bob Pearson

Yes to Health and Safety Over Fracking faced an unprecedented $15 million anti-signature campaign funded by the oil and gas industry. The Decline to Sign campaign was highlighted by intimidation tactics to scare voters from signing petitions and punctuated by a disinformation effort that saw radio and television ads designed to confuse voters about the Initiatives.

In addition, recent polling conducted by Ciruli Associates for the CO Water Conservation Board indicated that Coloradans support Initiative 78 by a wide margin, with 57 percent in favor, 30 percent against and 13 percent undecided.

“We will not be cowed by the anti-democratic efforts of the oil and gas industry,” Suzanne Spiegel of Frack Free Colorado said.

“The ‘Decline to Sign’ campaign only served to highlight the industry’s stranglehold on the state government. The actions of the industry have only served to galvanize supporters and we intend to fight the destructive and dangerous fracking practices that harm our health and destroy our environment.”

Initiative #75, Local Governmental Control of Oil and Gas Development, would recognize that oil and gas development should be subject to local jurisdiction like every other industry. The measure would give local governments a wide range of options to protect their communities and neighborhoods from the harms associated with oil and gas development, including fracking.

Initiative #78, Mandatory Setbacks from Oil and Gas Development, would establish a buffer zone of 2,500′ (less than ½ mile) between new oil and gas development and homes, hospitals, schools and sensitive areas like playgrounds and drinking water sources. A 2,500′ setback takes its basis from health studies showing elevated health risk to human health within ½ mile of “fracked” wells. It also takes into account the perimeters needed for explosion, evacuation, and burn zones.

“Despite the countless hours and the thousands of Coloradans who spoke in support of protecting the health and safety of Colorado communities, the movement faced an unprecedented flow of money from the oil and gas opposition,” said Diana Best, Greenpeace USA climate and energy campaigner, based in Denver. “We may be disappointed today, but tomorrow we get back to work empowering communities and keeping fossil fuels in the ground. This fight is far from over.”