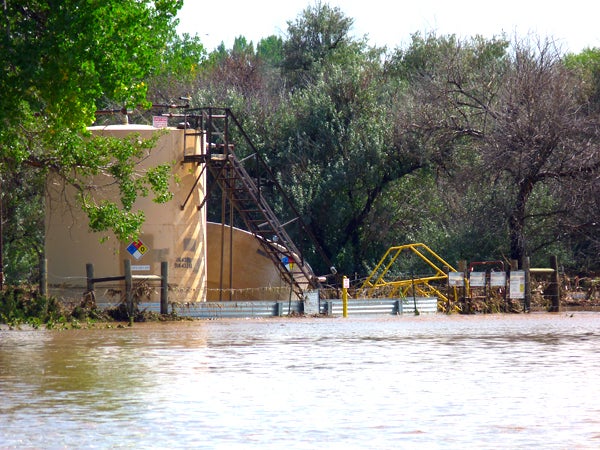 The crisis for the Colorado Oil and Gas Association (COGA) that last week’s floods created is now, thanks to community members and their cameras, set firmly onto the world stage. For the last seven days international media attention saw the immensity of the Weld County disaster, and those terrifying images of flood water colliding with oil and gas infrastructure are now the property of history. 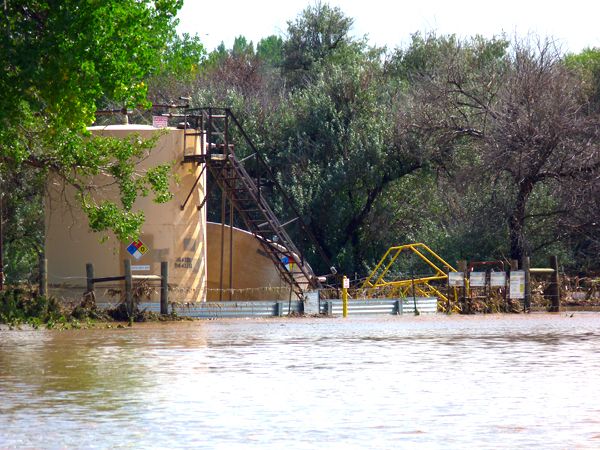 The industry and state government will now engage in damage control, and attempt to reassure the public and investors that it is in command, and every effort is being made to assess, contain and mitigate the catastrophic damage. COGA spokeswoman, Tisha Schulller, is making daily statements to this effect, and Colorado’s Gov. Hickenlooper spent at least part of his day Saturday tweeting about the cantaloupe he was eating, confident that, “… the several small spills that we’ve had have been very small, relative to the huge flow of water.”

Anadarko, a multinational petroleum corporation with annual revenue of more than $14 billion and the owner of some of the first major official spills into the South Platte River, volunteered $300,000 toward flood relief efforts. In the meantime, chemicals from leaking oil and gas wells continue to contaminate the environment of Weld County and beyond. Prior to even minimal environmental assessment, Canadian energy producer Encana Corp said Wednesday that 150 flooded wells due to flooding in Colorado had been returned to service, 245 remain shutdown. 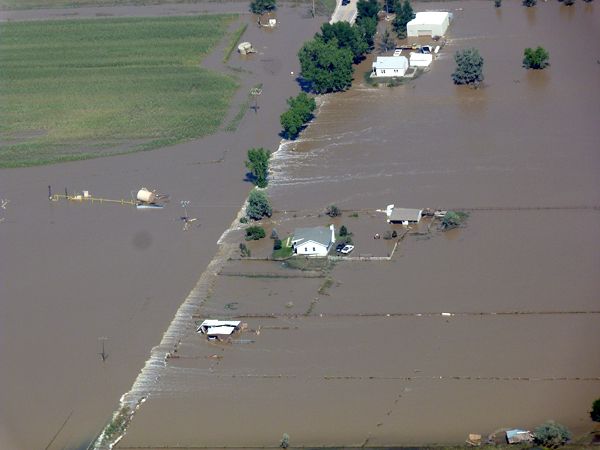 After assessing roughly 30 percent of the impacted area, the Colorado Oil and Gas Conservation Commission (COGCC) said in a statement, that 24 oil and gas storage tanks toppled in the flood bringing the total to more than 22,000 gallons of oil contaminating Colorado’s South Platte River valley.

According to the statement:

Those four releases represent about 22,000 gallons of oil. An additional release has been reported by Anadarko, but the volume is unknown at this time.
The COGCC’s aerial survey Thursday revealed as many as two dozen tanks overturned. Releases from these tanks have not been confirmed but are certainly a possibility. In addition we are tracking 11 locations with visible evidence of a release, such as a sheen. No estimates of product losses are available for those sites.

The industry that regularly pollutes our beautiful state will now expect the people of Weld County and Colorado to believe that it is a credible source of information. And while the people of Colorado wait for the industry and government to clean up this mess, five Colorado communities that are attempting to assert some degree of democratic control over oil and gas operations on the ballot this November, will continue to be harassed by industrial public relations groups and corporate law firms. 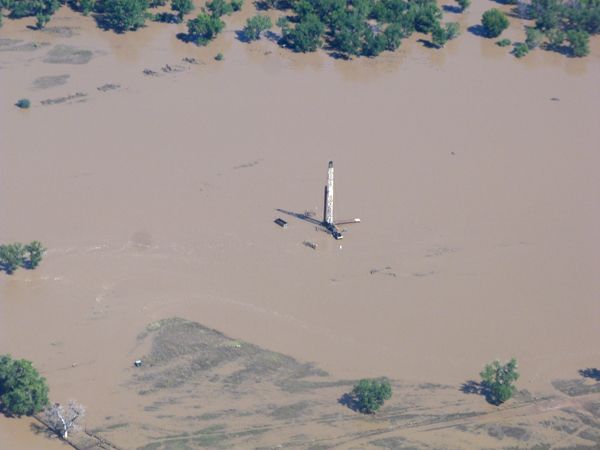 The COGA and COGCC have refused to drop their lawsuit against the people of Longmont for voting to ban fracking in 2012 and removing the gag order preventing medical professionals and first responders to disclose the composition of fracking fluids in the event of human contamination.

This is the direct result of the colonization of our lands by the oil and gas industry, and a government that acts as its political arm. But as the hydrocarbons drip into the soil, the U.S. Environmental Protection Agency shrugs its collective shoulders, and Colorado’s contaminated floodwaters carry into Nebraska and beyond.

Our communities will continue to fill in where government, and the gas and oil industry, leave human health and safety behind. The tragedy we are all a part of asks us to strengthen our resolve on every level. When it comes to the discussion of mineral rights versus public safety and democratic control, the reality of these floods will not escape the industry, the people of Colorado or Gov. Hickenlooper. Colorado will be changed by these enormous events, and it will be the incredible efforts of the people that will place us all on higher ground.