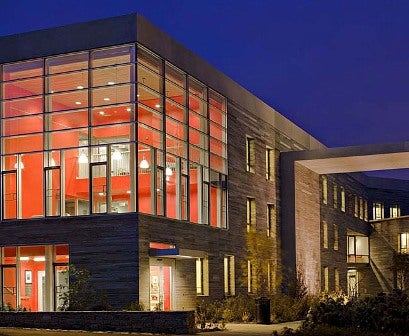 The National Wildlife Federation’s Campus Ecology program has joined Lucid Design, U.S. Green Buildings Council (USGBC) and Alliance to Save Energy to announce the launch of Campus Conservation Nationals (CCN) 2012, a nationwide electricity and water use reduction competition among colleges and universities.

Between Feb. 6 and April 23, 2012, students across the country will compete to achieve the greatest reductions in their residence halls’ electricity consumption over a three-week period of their choosing. The sign-up deadline is Nov. 1, 2011, and more than 100 schools are currently registered for the program.

“Colleges and universities represent the front lines of conservation at a crucial moment in this nation’s history,” said Jen Fournelle, campus program coordinator at National Wildlife Federation. “Students who participate in Campus Conservation Nationals will be laying a solid foundation for their own future energy choices, their schools’ ongoing environmental goals and the health of the planet.”

Schools participating in the competition can choose to compete against buildings on their own campus, or against a select group of peer institutions, with savings from all participants accumulating to reach a national challenge goal of one gigawatt-hour. Using Lucid’s Building Dashboard®, participating schools will be able to instantly compare performance, share winning strategies and track standings among the leading schools and buildings. With support from United Technologies Corp, founding sponsor of the Center for Green Schools at USGBC, Sloan, Sterling Planet and Constellation Energy, CCN is an opportunity to organize students and staff to make immediate and lasting impacts on a school’s carbon emissions and campus culture.

During the CCN 2010 pilot, 40 college and universities in the U.S. and Canada participated in a similar competition, during which they were able to reduce electricity consumption by 508,000 kilowatt-hours. This competition saved $50,200 from campus costs and averted 816,000 pounds of carbon emissions from the atmosphere. The 2012 competition will build on that success and encourages students to brainstorm innovative solutions for how their schools can save energy and cut costs.

“Campus Conservation Nationals encourages students to recognize the significant impact that sustainable behaviors can have on a campus and in a community,” said Pat Lane, USGBC Students program lead at the Center for Green Schools. “Competitions like this show that a collective effort, along with a desire to better the built surroundings can lead to positive and lasting change.”

“We think that feedback on electricity and water consumption, combined with competitive spirit and incentives, can significantly reduce resource usage in campus buildings,” said Andrew deCoriolis, director of public programs at Lucid. “We hope that this program serves as a model for other universities to become more aware of how they are using their buildings.”

CCN offers valuable educational opportunities, such as enabling students to put conservation fundamentals into practice, as well as environmental and economic benefits. Above all, CCN is designed to empower the future generation of energy and environmental leaders, and foster a culture of conservation within campus communities. To learn more about the competition, join the network or follow leading schools, visit www.CompeteToReduce.org.