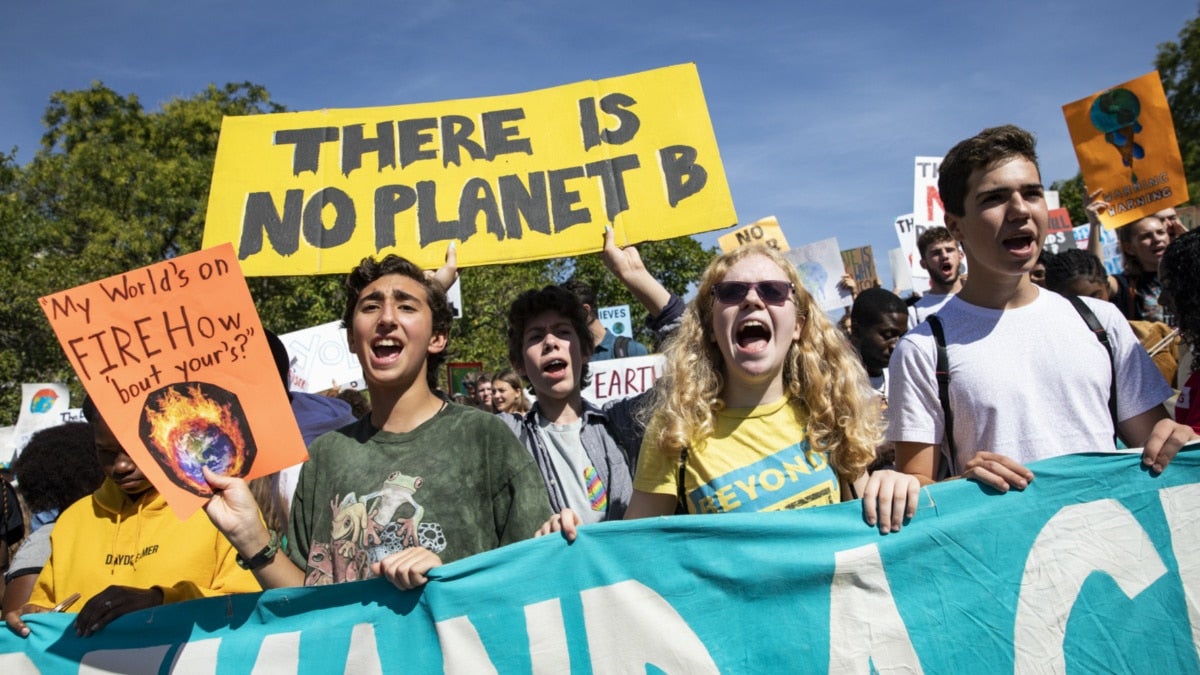 Caitlyn Daas is among them. The senior at Appalachian State University and organizer with the Appalachian Climate Action Collaborative (ClimACT) stands on the frontlines of her school’s grassroots push to go “climate neutral,” part of a years-long, national movement that has inspired hundreds of institutional commitments to reduce academia’s carbon footprint.

Carbon neutrality commitments typically require schools to dramatically cut their carbon emissions by reimagining how they run their campuses — everything from the electricity they purchase to the air travel they fund. Colleges across the country, from the University of San Francisco to American University in Washington DC have already attained carbon neutrality. Other academic institutions, including the University of California system, have taken steps to fully divest from fossil fuels.

But as young activists like Daas urge their universities to do their part to avert climate disaster, many are frustrated by tepid responses from administrators whom they feel lack their same sense of urgency and drive. Appalachian State, part of the University of North Carolina system, has committed to reaching net-zero emissions decades down the line, but Daas and her fellow activists fear that’s far too late. She’s baffled that an institution devoted to higher learning is seemingly ignoring the science around the climate emergency.

“If our voices don’t matter, can you please stop telling us that they do?” Daas says.

College activists concerned about the climate crisis have largely focused their efforts on two popular movements that go hand-in-hand: reaching carbon neutrality, and divesting university endowments. Broadly, the term “net carbon neutrality” means that a campus zeroes out all of its carbon emissions, says Timothy Carter, president of Second Nature, a nonprofit focused on climate action in higher education. This can be achieved through modifying campus operations, often with the help of alternatives, such as renewable energy certificates and voluntary carbon offsets (activities that atone for other emissions). In Second Nature’s definition, investment holdings don’t factor in a school’s carbon footprint. Carbon neutrality often falls within a wider umbrella of climate neutrality, which also incorporates justice and other concerns.

Divestment campaigns, meanwhile, pressure universities to shed investments in fossil fuels in their endowments. “We cannot truly be climate neutral if we continue to invest in a fossil fuel industry,” says Nadia Sheppard, chair of the Climate Reality Project campus corps chapter at North Carolina State University, where oil, gas and consumable, nonrenewable fuels account for around m in university investments.

Across North Carolina, the heated campus battles brewing over climate policy this fall represent a microcosm of the national conversation. The University of North Carolina system – which includes 16 universities and one gifted public residential high school – has set a 2050 goal to go carbon neutral, the same year as the state at large.

But students are frustrated by the distant deadline. “I do believe 2050 is realistic,” says Isaiah Green, president of the UNC system-wide Association of Student Governments. “But it’s so realistic that it’s just not enough, in my opinion.”

Laura England, a ClimACT member and senior lecturer in sustainable development at Appalachian State, approaches the issue with similar gravity as the undergraduates at her school. “That concept, ‘our house is burning,’ was a metaphor. But really in 2020, it is literal,” she says.

Students and faculty at Appalachian State are angling for net zero emissions by 2025, or at least 2035, but have felt unheard. ClimACT lambasted the school’s administration last week in a letter emancipating themselves from the official climate action planning process, at least until its leadership declares a climate emergency and responds accordingly. “The question we face is astonishingly simple,” the group wrote. “Do we have the political will to chart a path toward a safe and just climate future, or will we continue careening toward hot house earth?”

Lee F Ball Jr, chief sustainability officer at Appalachian State, admires young people’s passion and would “bottle” and “serve it” if he could. But to reach neutrality by 2025, the university would need to spend tens of millions of dollars it doesn’t have.

“There’s no real silver bullet of clean energy out there that we’ve been able to find, so we’re in a wild west of carbon accounting and climate action,” Ball says. “There’s no rulebook, there’s no prescription for this stuff.”

Other students in the UNC system are advocating for more transparency and accountability around their school’s investments.

Kelsey Hall, the leader of a divest campaign at UNC Asheville, successfully pushed the school administration to divest around 10% of its endowment from fossil fuels last year. But the other 90% remains in the hands of the UNC management company, which invests in a nebulous category of “energy and natural resources” – oil, natural gas, power, etc.

“Returns [on investments] are very, very close” between the competing portfolios so far, says John G Pierce, vice-chancellor for budget and finance at UNC Asheville. But university leadership isn’t prepared to entertain divesting more of its endowment just yet.

“It’s frustrating,” Hall says. “But it’s something that I’ve learned since becoming involved with the campaign, is just that, like, universities move slowly.”

At Duke University, a top tier private institution in North Carolina, the administration has agreed to a much quicker 2024 climate neutrality date. There, students have been more concerned with how they arrive at that target.

They want the school to reduce actual emissions as much as possible, “rather than relying on more questionable, less rigorous ways of offsetting emissions in the books”, says Claire Wang, a recent Duke alumna and Rhodes scholar.

“It’d be very easy for a huge polluter to, you know, only pick a low-hanging fruit, maybe bring emissions down 10%, and instead buy very cheap carbon credits for the remaining 90% and say they’ve reached carbon neutrality,” Wang says.

Although student activists often direct their ire toward school administrations, their greatest antagonist may simply be a ticking clock. Undergraduates generally only get a four-year window on campus to make a difference, and they’ve lost precious time because of the coronavirus pandemic, which has in some ways pulled focus from climate issues.

Environmental campaigns, meanwhile, require long-term, dedicated attention spans. Gabriela Duncan, co-president of UNC Reinvest at UNC Chapel Hill, found article after article in her school paper about past divestment movements, and she knows that “there realistically is no way” that the university will divest during her academic career.

To avoid yet another loss of momentum, she’s focusing on creating “a really strong foundation, so that we can have a sustainable movement for many years.”