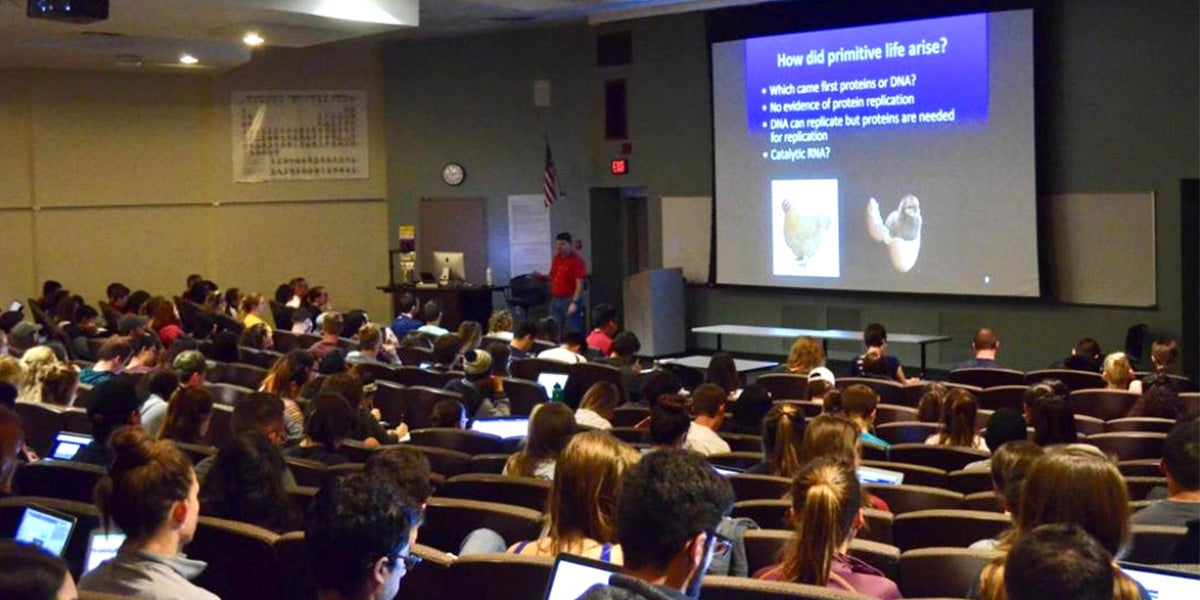 Despite a widespread scientific consensus that it is taking place, K-12 education about climate change has been a surprisingly contentious issue in the U.S.

National Center for Science Education deputy director Glenn Branch told Business Insider in 2017 that it, along with evolution, was one of the topics that “arouse[d] the most discontent and controversy” when it came to determining state science standards.

But less attention has been paid to climate education at the university level, until now.

Less than two percent of the pages focused on just climate change, she found.

“It’s a difficult balance in an introductory course,” Yoho said in the press release. “There’s so much information to cover in a short time. However, our students are facing these issues inside and outside of the classrooms. Our communities feel the impacts of our energy decisions and climate.”

The textbooks selected for the study were the current editions of the primary 16 biology, chemistry and physics textbooks published from 2013 to 2015. Yoho and her co-author, ASU Biodesign Center for Environmental Biotechnology director Bruce Rittmann, did notice variations between the three disciplines in terms of what climate or energy related topics they did cover.

Biology textbooks spent the most page space discussing climate change and its impacts, but that discussion still only took up less than two percent of those pages. They spent the least amount of page space on renewable energy.

Physics and chemistry textbooks, on the other hand, included more information about renewable energy, alternative fuels and other clean transportation technologies.

Nuclear energy was discussed separately from other alternative sources on less than one percent of the pages and was painted in a negative light.

Further, none of the topics they searched for were likely to have units devoted to them, and the climate- and energy-related content was usually not a factor in why certain textbooks were selected.

The researchers said they focused on introductory textbooks because they both served to popularize science for non-specialists and to introduce future scientists to the field.

They recommended that, going forward, introductory textbooks should make more of an effort to include pressing issues like climate change and renewable energy that span scientific disciplines.

“The discussion within these traditional, compartmentalized science disciplines has implications on introductory-level science education, the public perception of science and an informed citizenship,” Rittmann said in the press release.