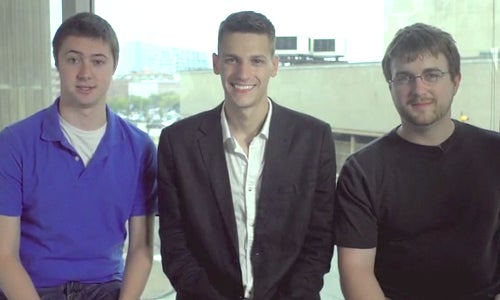 Of the hundreds of people the team at Sprav Water LLC asked, the majority had no clue how much water they used during showers.

“More than you probably want to know,” one person responded in a company video.

The average U.S. household uses 300 gallons of water per day, and only laundry washing and toilet flushing consumes more water than showers, according to the U.S. Environmental Protection Agency. The Cleveland, OH-area college students of Sprav developed a method to decrease water consumption in the shower with a wireless smart water meter birthed from an extra credit project.

“We all sat down and thought back to the days when we were kids getting yelled at for taking too long in the shower and realized that this was a market with little innovation and great opportunity for growth,” Sprav CEO Craig Lewis said. 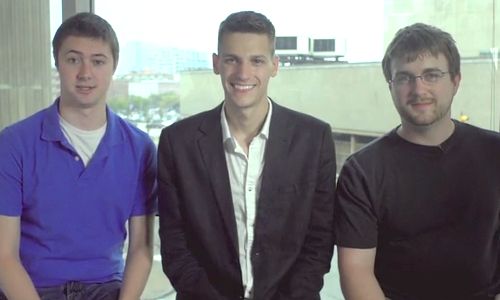 People can easily monitor their hot water usage by the color indicator on the smart water meter. The meter’s light works the same as the country’s traffic signal system, with a red light indicating that you’ve been in the shower too long. The light only serves as a warning, though. It’s up to the user to turn off the water.

The company—led by Lewis, a senior at Case Western Reserve University (CWRU), classmate CJ Valle and recent Cleveland Art Institute graduate Andrew Schad—estimates that homeowners could save between 10 and 20 percent on water costs each year. 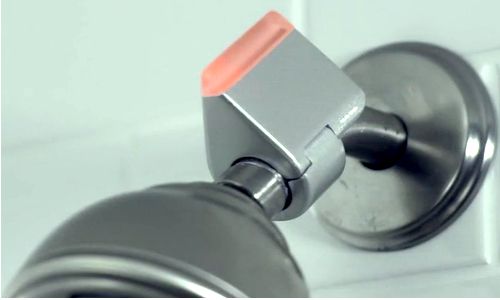 Sprav has also developed a smartphone app to compliment the water meter. People can view real-time usage data, as well as periodic reports and savings over time.

The trio at Sprav turned its 2011 extra credit product at CWRU into an award-winning, redesigned project in a competition sponsored by Saint-Gobain. The business later earned “seed” funding from Bizdom, a startup accelerator for businesses in Cleveland and Detroit.

The first smart water meters will be shipped in April 2014 and eventually for sale on the company’s website.