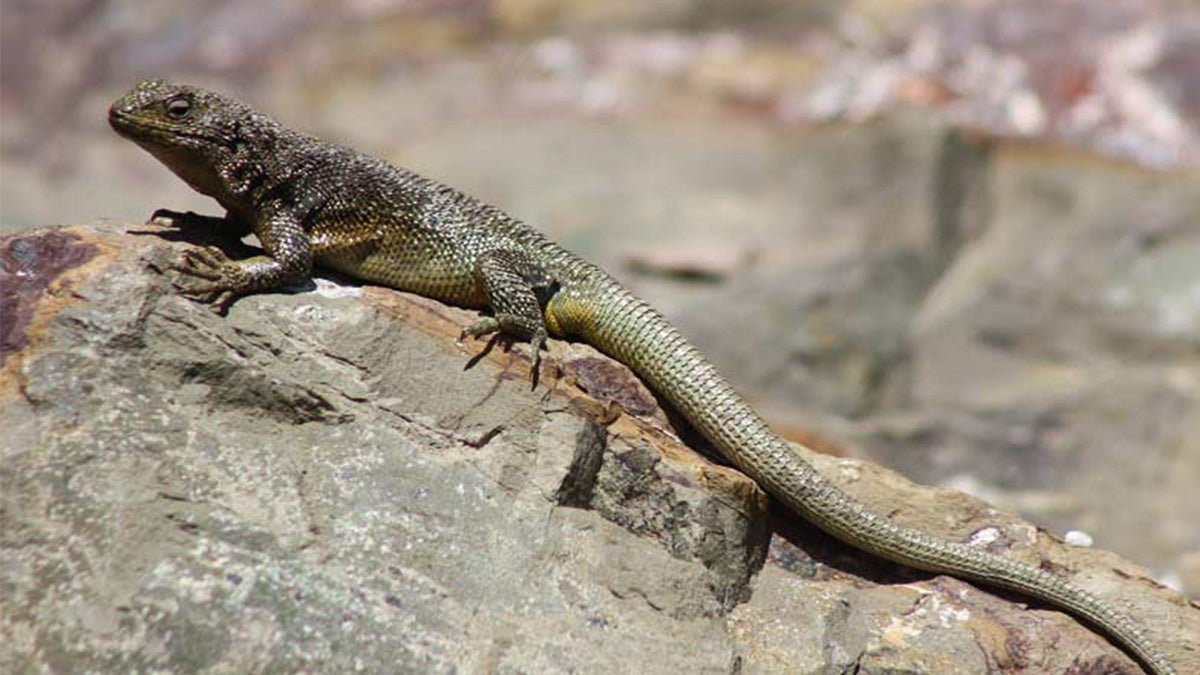 Researchers at Nottingham Trent University studied the evolved reproductive strategies of three groups of diverse South American lizards: the live-bearing (viviparous) iguanian Phymaturus, the egg-laying (oviparous) Liolaemus, and Stenocercus, a lizard that evolved both strategies of reproduction. In order to determine how these various reproduction strategies affect the lizards’ chances of survival in the face of human-caused climate change, scientists conducted a computational model of current climate change and compared it against real data on lifestyle habits for the species now.

They found that live-bearing species are being displaced at higher rates than egg-laying lizards at a rate of .3 percent of their current geographical rate each year, pushing them toward the brink of extinction within six decades. The predominant factor? Temperature increase.

“Human-induced climate change has forced the modern world to face one of the most severe periods of global-scale extinctions of species since life began,” said study author Daniel Pincheira-Donoso.

“Our results highlight the extent of the extinction crisis that modern biodiversity is currently facing. By 2080, more than half of the current ‘cold lands’ in the area we investigated in South America will have become warm, leading current resident species to extinction. 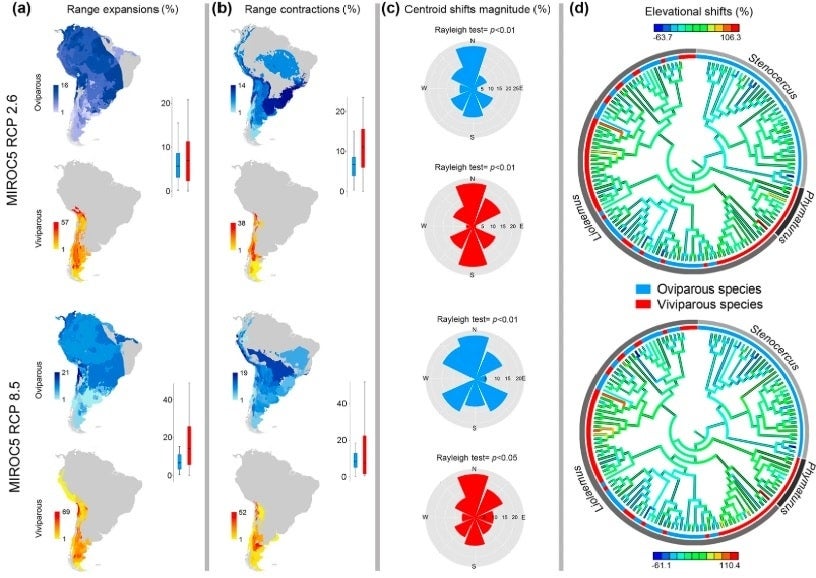 Predicted impacts of climate change on the distribution of three species of viviparous and oviparous lizards.

The effect has been dubbed the “cul-de-sac” theory, which suggests that oviparous lizards evolved their live-bearing reproduction strategy in order to colonize cold climates at high elevations and latitudes. By retaining their eggs, mothers were able to provide stable temperature and oxygen levels to the embryos inside. Eventually, this evolved to birthing their young but as climate change is more severe in high elevation areas, oviparous lizards living in these environments are disproportionality affected and contribute to “biodiversity syndrome,” rapid alterations of geographic ranges that force species to new niches as warming advances.

“Viviparous lizards appear to have undergone a ‘double-edged adaptation’ – life births evolved because it was the critical adaptation that reptiles needed to colonize cold climates, but it will also accelerate their extinctions,” said Pincheira-Donoso.

Human-cased climate change is a major threat to current biodiversity, and the authors caution that species more susceptible to environmental changes are less able to adapt to climate change. In the case of oviparous lizards, these species will continue to be pushed even further toward the mountain tops and the edges of continents.

“Collectively, therefore, our study reinforces the need to add the life-history dimension to the search for factors that trigger mechanisms underlying biodiversity alterations caused by increased anthropogenic climate change,” wrote the authors in the journal Scientific Reports.

The findings allow for an opportunity to identify “specific areas that need more urgent protection,” according to the authors. Understanding life-history traits – such as reproductive strategies – will help determine how a species will be equipped to respond to climate change.