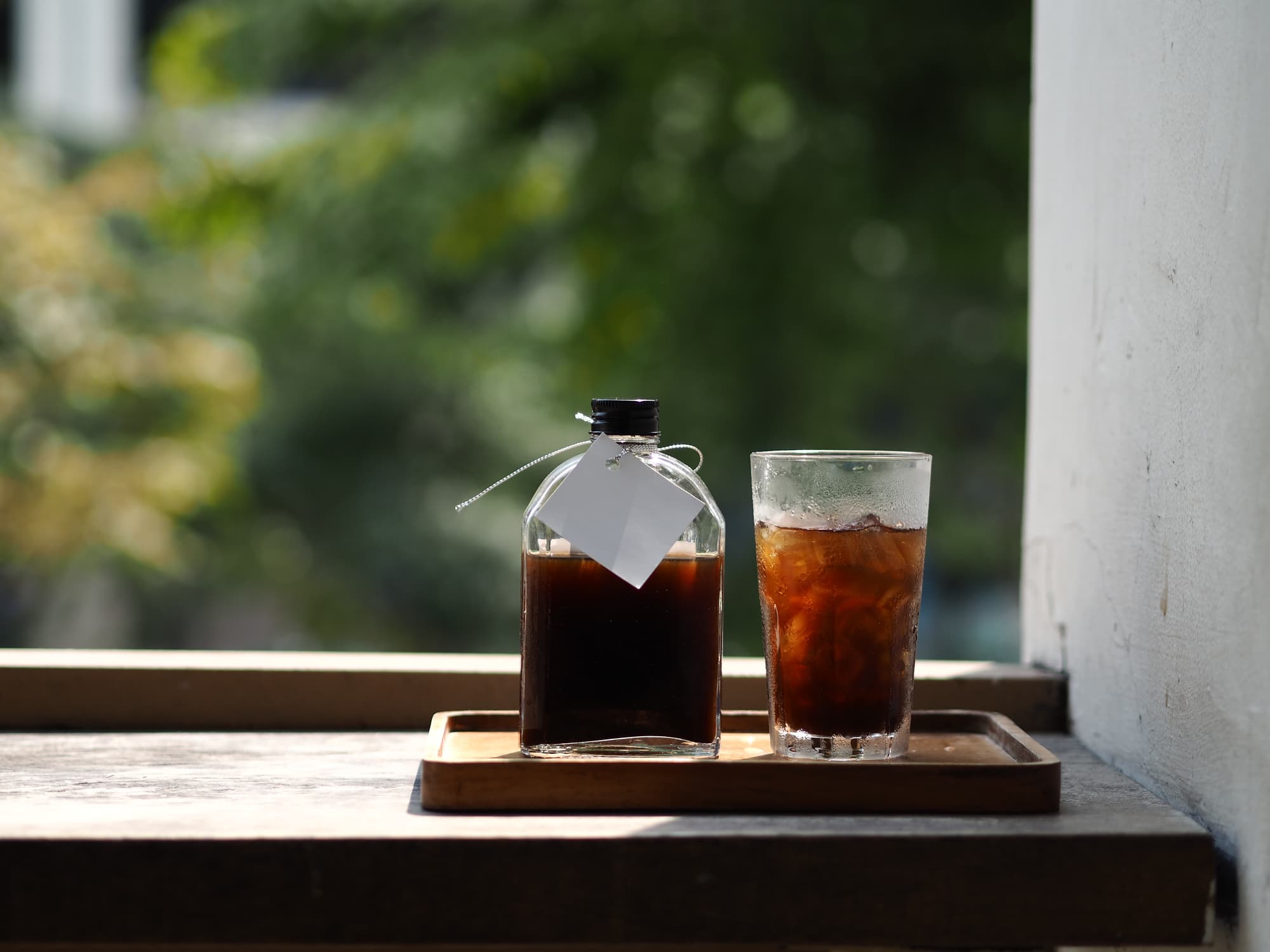 Cold brew coffee has undergone several transformations in the 21st century for a caffeinated beverage that got its start in the 1600s. Today, steeping coffee in water at room or cold temperatures overnight yields a more mellow coffee full of flavor you might miss if your cup of joe is boiling hot.

It’s partially the need to skip masking the acidic taste with processed sugar and creamer that makes cold brew coffee better for your health, but it also comes with several other impressive health benefits.

Cold brew coffee contains a slightly elevated amount of caffeine, and it’s the caffeine content that makes you feel more energized and focused.

Caffeine is a stimulant that binds to adenosine receptors (a neurotransmitter that increases sleepiness throughout the day). This action encourages the absorption of dopamine, which in turn, reduces the degree to which you get sleepy.

The caffeine in coffee has been shown to enhance your mood and overall mental well-being. Among those who are sleep-deprived, caffeine consumption has been shown to boost mood and mental acuity at a dose of approximately 300 milligrams, according to the National Library of Medicine. However, higher doses over 600 milligrams may induce feelings of anxiety.

A 2016 meta-analysis from observational studies in over 370,000 coffee drinkers discovered lower rates of depression in these participants. It’s estimated by researchers that for every cup of coffee, depression risk decreased by 8%. The review was published in the Australian and New Zealand Journal of Psychiatry.

A 2009 study of about 40,011 participants who consumed at least three cups (or up to five cups) of regular coffee or tea daily found that they were 42% less likely to have type 2 diabetes. The participants were followed up with for a decade, with adjustments made for such factors as magnesium and blood pressure levels. That’s equivalent to about a cup and a half of cold brew coffee.

Cold brew coffee contains constituents that are good for heart health and may decrease your general risk of heart disease, according to a 2018 study published in the Journal of Agricultural and Food Chemistry:

How does that work? These compounds work together to stabilize your blood sugar, reduce your blood pressure and increase insulin sensitivity in your body.

Antioxidants help reduce the risk of many major health concerns due to their ability to fight free radicals in the body. These free radicals can cause cellular damage and increase the risk of certain cancers, heart disease, arthritis and other health issues.

Coffee is rich in antioxidants that reduce inflammation in the body, according to the Harvard T.H. Chan School of Public Health. The school also indicates that cold brew may be healthier than regular coffee and beneficial in reducing risks for chronic health conditions, such as diabetes and heart disease.

People don’t often associate delicious tastes with weight loss, but cold brew coffee is a game changer. It has a smooth and robust taste without being fattening.

For every doubling of caffeine intake, the mean reduction in BMI, fat mass and weight was 17, 22 and 28 (2 beta-fold) respectfully, according to a 2019 meta-analysis of 13 randomized controlled trials. The systematic review indicated that caffeine intake may promote reduction in BMI, fat reduction and weight. The findings were published in Critical Reviews in Food Science and Nutrition.

A 2020 study conducted by the researchers at the Harvard T.H. Chan School of Health found that four cups of regular coffee was linked with a 4% reduction in body fat in 126 overweight (non-insulin sensitive) participants.

There is little evidence to suggest that caffeine acts as an appetite suppressant.

In 2013, a randomized controlled trial involving eight male cyclists/triathletes analyzed the ability of caffeine and coffee to enhance physical performance. The athletes consumed drinks consisting of caffeine, including coffee, and cycled for a 45-minute span. Researchers found that performance rates were significantly faster (~5.0%) for coffee and caffeine when compared to both the placebo and decaf. Coffee and caffeine had similar rates. The results were published in PLoS One.

8. Cold Brew Coffee Is Easier on Those With Stomach Issues

The preparation of cold brew coffee naturally creates a smoother cup of Joe. Unfortunately, brewing regular coffee utilizes extremely hot temperatures that pulls acidity from the coffee grounds and makes for a bitter drink. Drinking regular coffee can cause trouble for those who suffer from stomach issues, such as ulcers, heartburn or indigestion. Cold brew coffee is easier on those with sensitive stomachs.

Where Does Cold Brew Coffee Originate?

It’s said that Dutch trading ships brought coffee to Japan, resulting in the ancient but modern practice of Kyoto style coffee. This style of coffee is made by allowing water to slowly drip over coffee grounds inside glass towers. People found that a drip process extracted more flavor.

The Mazargan, iced coffee made with lemon, trended in the 1840s and originates in Algeria. Iced coffee grew in popularity, but Cuba corned and refined the cold brew process as we know it in the early 1900s.

In his 1922 book All About Coffee, William Harrison Ukers describes the Cuban custom of making coffee. The coffee is ground fine and placed into a “receiving vessel.” One pours cold water over the grinds many times “until the coffee mass is well saturated.” Ukers states that one ends up with a concentrated coffee extract used for making cafe noir, cafe au lait, or to one’s preference. This process is a century old description of how we essentially make cold brew today. However, one major difference is that you submerge coffee grounds into cold water the immersion style of cold brewing

It wasn’t until the 1990s that coffee concentrate was used en masse across the United States. Popular coffee chains began to heavily market cold brew, such as Starbucks in 2015. Now, cold brew coffee is an American summer staple.

How Do You Prepare Cold Brew Coffee?

So, that’ll be cold brew for two at home? We got you.

Ideally, you’ll prepare your cold brew coffee in the evening before bed.

The filtering process takes about five minutes, and you can add any milk or sweeteners that you like (but that could reduce the health benefits). If you prefer video instructions, watch this one-minute video over at The New York Times.

Enjoy your cold brew coffee and all its benefits!