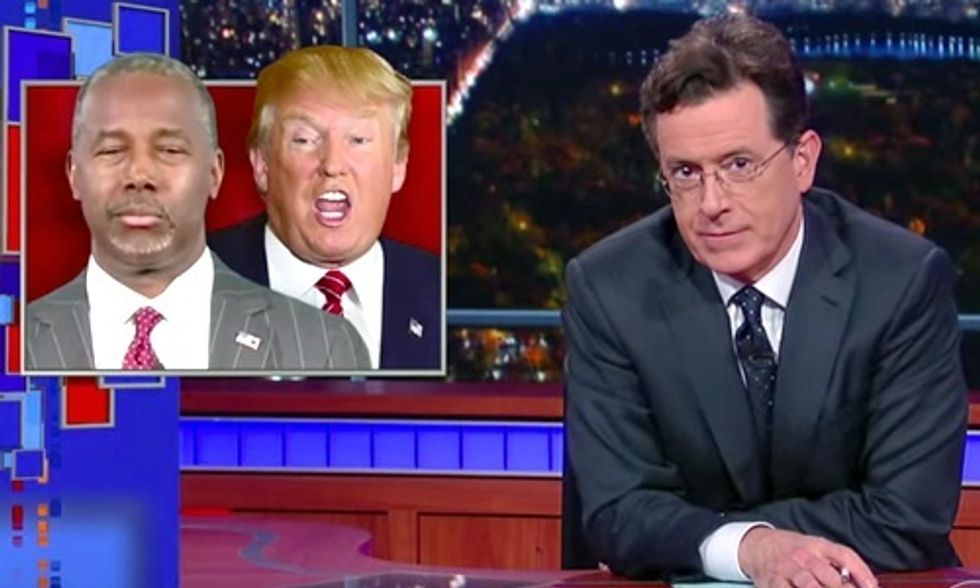 We are now a little less than a year away from the 2016 presidential election and as Stephen Colbert said on Monday's Late Show, "It's only 11 months until voters start paying attention."

He couldn't help but take a jab at third place democratic candidate and former governor of Maryland Martin O'Malley for being identified in a Wall Street Journal photo as an "unidentified man."

Next, Colbert had fun talking about tonight's GOP debate. He started off with Sen. Marco Rubio's answer to a question at a town hall meeting asking him who's the one person you'd like to sit down with and have a beer. And then, of course, he dug deep into the bizarre Ben Carson stories that have emerged.