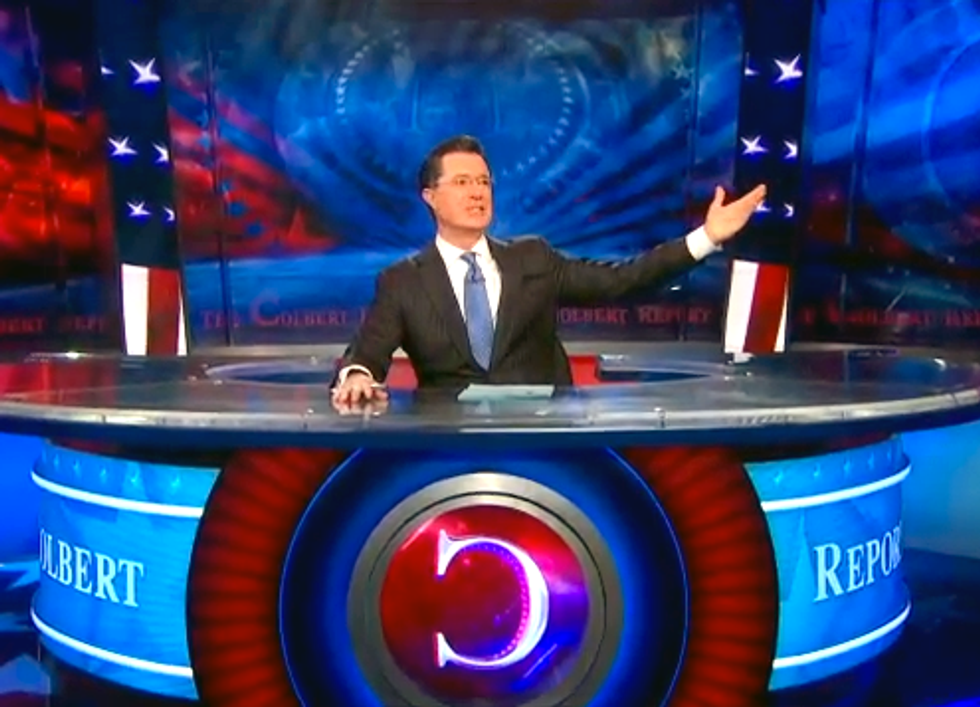 Stephen Colbert was at it again Wednesday night on The Colbert Report providing comic relief about the Exxon tar sands pipeline spill which ruptured on March 29 spilling an estimated 200,000 gallons of heavy crude oil from the Canadian tar sands region, causing the evacuation of 22 homes in the small town of Mayflower, Ark., about 20 miles north of Little Rock.

Colbert featured a video from Tar Sands Blockade exposing the inadequate cleanup of the spill and investigative findings from DeSmogBlog on the U.S. Federal Aviation Administration delegating authority over its "no-fly zone" above the Mayflower tar sands spill site to Exxon.