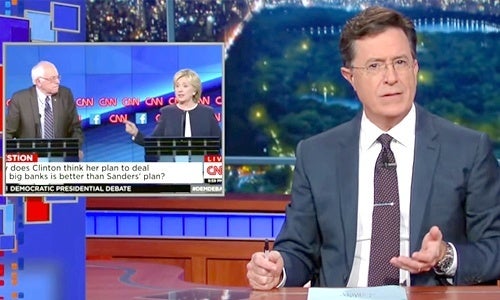 Stephen Colbert has been poking fun at the presidential candidates since he took over on the Late Show a little more than a month ago. He said Donald Trump has “zero chance” of winning the presidency, called Bernie Sanders the “guy in front of you at the deli trying to return salami” and got heated with Ted Cruz.

So I was thrilled to see Colbert talk about the Democratic debate last night, and, as usual, he did not disappoint, making sure to take jabs at all of the candidates.