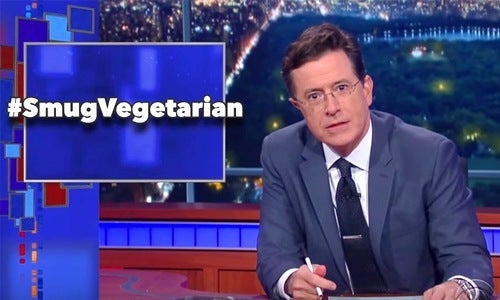 On the Late Show last night, Stephen Colbert discusses a recent investigation, which, he says, “found that after testing 75 brands of hot dogs, two percent of them contained human DNA.” Colbert’s theories on how that human DNA got into these frankfurters leave viewers with some pretty awful mental images.

But that’s not all. Colbert also makes mention of the recent finding from the World Health Organization that processed meat is “carcinogenic” and red meat is “probably carcinogenic.” But to all those “smug vegetarians” out there, he’s got bad news for you, too.

Hillary Clinton to Colbert: Yes, I Would Let the Big Banks Fail