Colbert: Trump Should Get the Ocean to Pay for Wall to Save Tangier Island 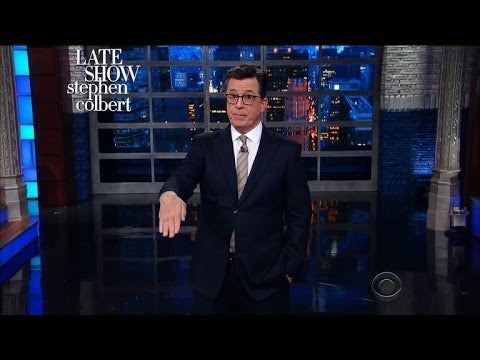 Watch as Stephen Colbert on The Late Show mocks President Trump’s call to the mayor of Tangier, Virginia concerning the rapid coastline loss of the island, roughly 15 feet per year.

According to local outlet Delmarva Now, Trump placed the call to Tangier Mayor James “Ooker” Eskridge after seeing a CNN report on the impact sea level rise is having on the island.