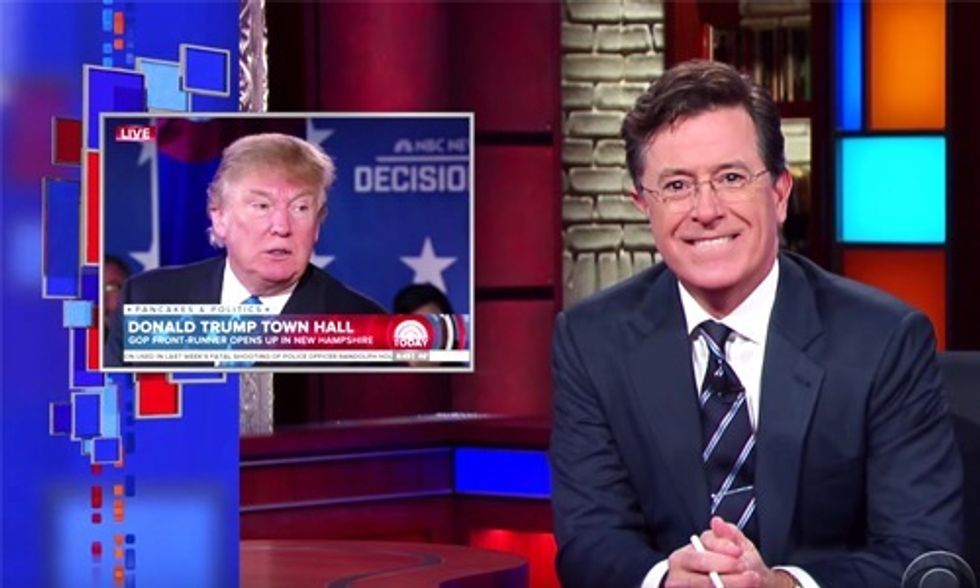 White billionaires born into massive privilege aren't usually known for their rags to riches tales, but Donald Trump is trying to sell one to the American public. Or, at least, to Matt Lauer.

This bit of deluded runaway privilege was too good for Stephen Colbert to pass up, who took time out Wednesday night to mock the now-ex-GOP front-runner.

"Clearly, this is an inspiring tale of a young man made good," Colbert said. "The classic story of riches to richer. Donald was just a humble boy from the boroughs and wanted nothing more than to escape his provincial life and make his way in the big city ... Donald dared to venture into a land he didn't own."

Trump has long tried to sew a tale of scrappy, "self-made" man, but it has been exposed over and over again as largely bogus.

Watch the bit below: