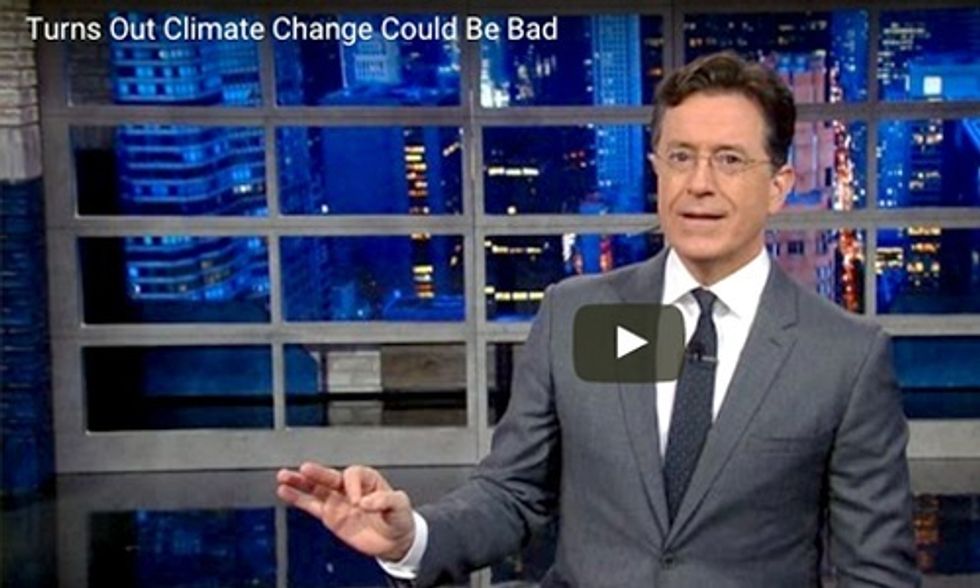 Stephen Colbert had a lot of fun Friday night talking about a new study that warns climate change could ruin your sex life. He started out his show saying, "Turns out climate change might have a downside because a new study claims humans will have less sex on a warmer planet because, and this is a quote, 'hot weather leads to diminished coital frequency.'"

He said he feels "really bad" for the scientists who released the study because "this is how low they've had to sink to try to get our attention. Because you know they've tried everything else. They've said we'll have more heatwaves, hurricanes, tornadoes ..."

Colbert then said he doesn't think it's a coincidence that in the same week President Obama "struck a blow against global warming by canceling the Keystone XL pipeline."

Find out why he sees the two connected by watching here: