Coke: End Your Attempt to Control Water for Profit 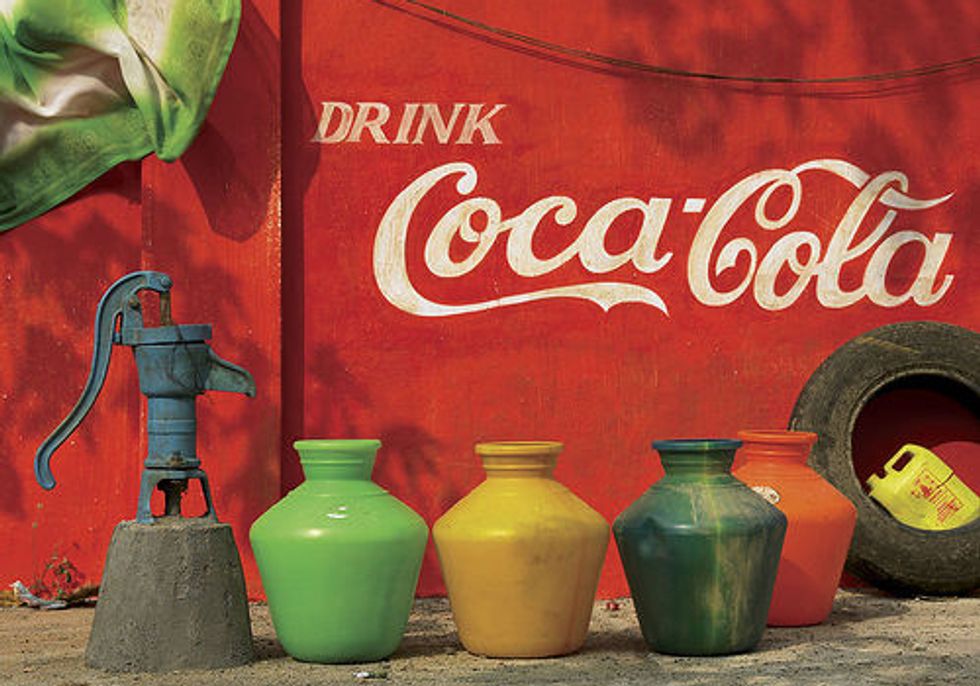 Good morning and thank you for the opportunity to speak. My name is Kristin Urquiza, and I am the director of Corporate Accountability International’s Think Outside the Bottle campaign.

Mr. Kent, you have spoken many times about the importance of business, government and civil society to work together in order to solve problems and improve lives around the world. In fact, you have termed this relationship the “golden triangle.” Coca-Cola has demonstrated its commitment to this philosophy with its membership in several bodies devoted to developing and implementing policy around the world—particularly water policy.

Coca-Cola was a founding member of the 2030 Water Resources Group, a body of corporations seeking to leverage funding and connections from the World Bank to access public officials and advocate for corporate interests and promote private sector agendas as solutions to the challenges of governing water, our most precious public resource. Since 2007, Coca-Cola has also been a member of the CEO Water Mandate, a voluntary initiative within the United Nations’ Global Compact that brings together some of the world’s largest corporate water users in order to advance policy, even though there have been serious concerns about a lack of accountability for meeting voluntary guidelines and promoting policy that is in line with UN goals. In addition to these examples, Coca-Cola has partnered with USAID and the United Nations Development Programme, and launched its own program addressing water needs in Africa.

These examples, along with your description of the “golden triangle,” make the case that Coca-Cola wants to be treated as if it is equal to a government when it comes to the governance of what is a public resource—water. However, corporations are fundamentally different from governments and in cases of the interest of the commons often collide with the public interest. With governments in charge, they are accountable to the people they serve and must prioritize the human right to water and equitable access to water. Whereas, corporations—“golden triangle” or not—are only accountable to profit.

So Mr. Kent, my question is, when will you answer the call of civil society groups across the world and leave the golden triangle—ending your attempt to control our most fundamental resource for profit when access to water is fundamental to life and must be controlled by democratic institutions accountable to the public?