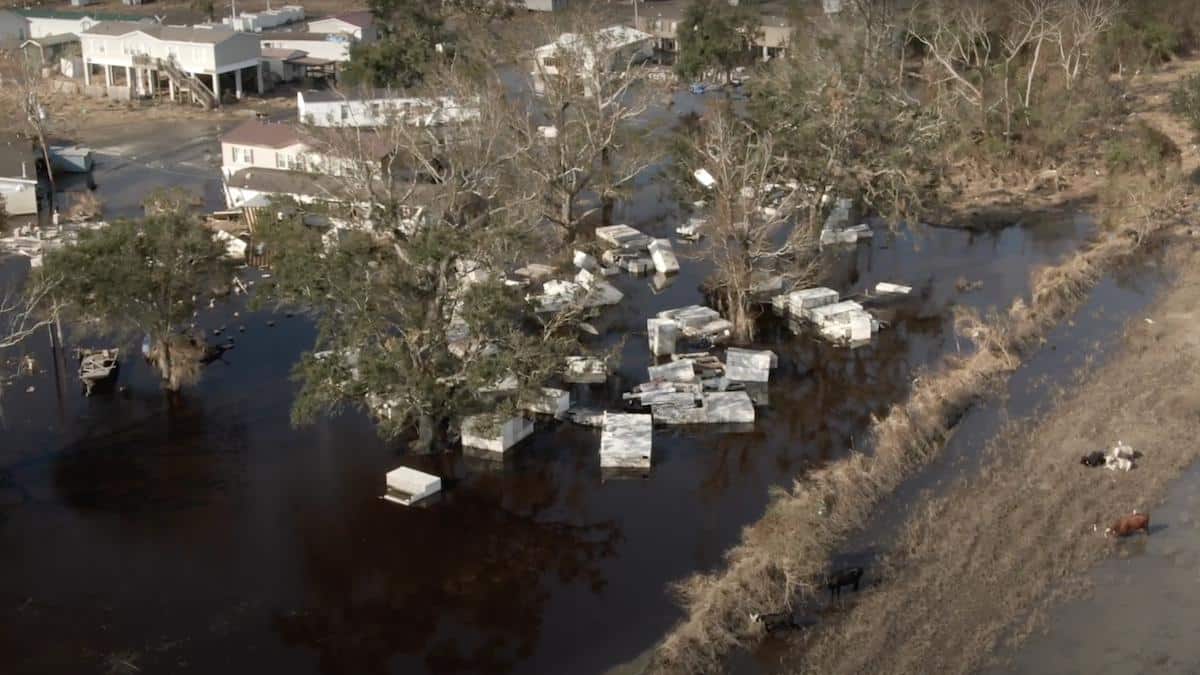 More than six weeks after Hurricane Ida made landfall on Southeast Louisiana, coffins are still strewn across the community of Ironton.

Hurricane Ida’s storm surge left the multiple-ton vaults strewn around the town, “like they were cardboard boxes,” Rev. Haywood Johnson Jr. told the AP. The lingering coffins are a visceral illustration of the trauma and abandonment of small communities like Ironton after the massive storm. “Once you bury a relative, you expect that to be the permanent resting place,” Rev. Johnson lamented.


As reported by The Associated Press:

Families sometimes strap down graves or use sandbags to keep them in place ahead of a storm, said Arbie Goings, a task force member who is also a retired funeral director. When they do get displaced, identifying remains can be challenging, especially in cases of long dead people with fewer, if any, ways to match things like dental records or DNA.

Some caskets have a little plastic tube — called a memory tube — screwed into its end where a funeral home can put identifying information, Goings said. In some cases, they’ve found the name at the foot of the casket or embroidered into a piece of cloth covering the bottom part of the person, he said.

Often family members can give key identifying details. He recalled one case where they identified a woman’s remains by the marbles her grandchildren put in her casket in honor of her love of the game. 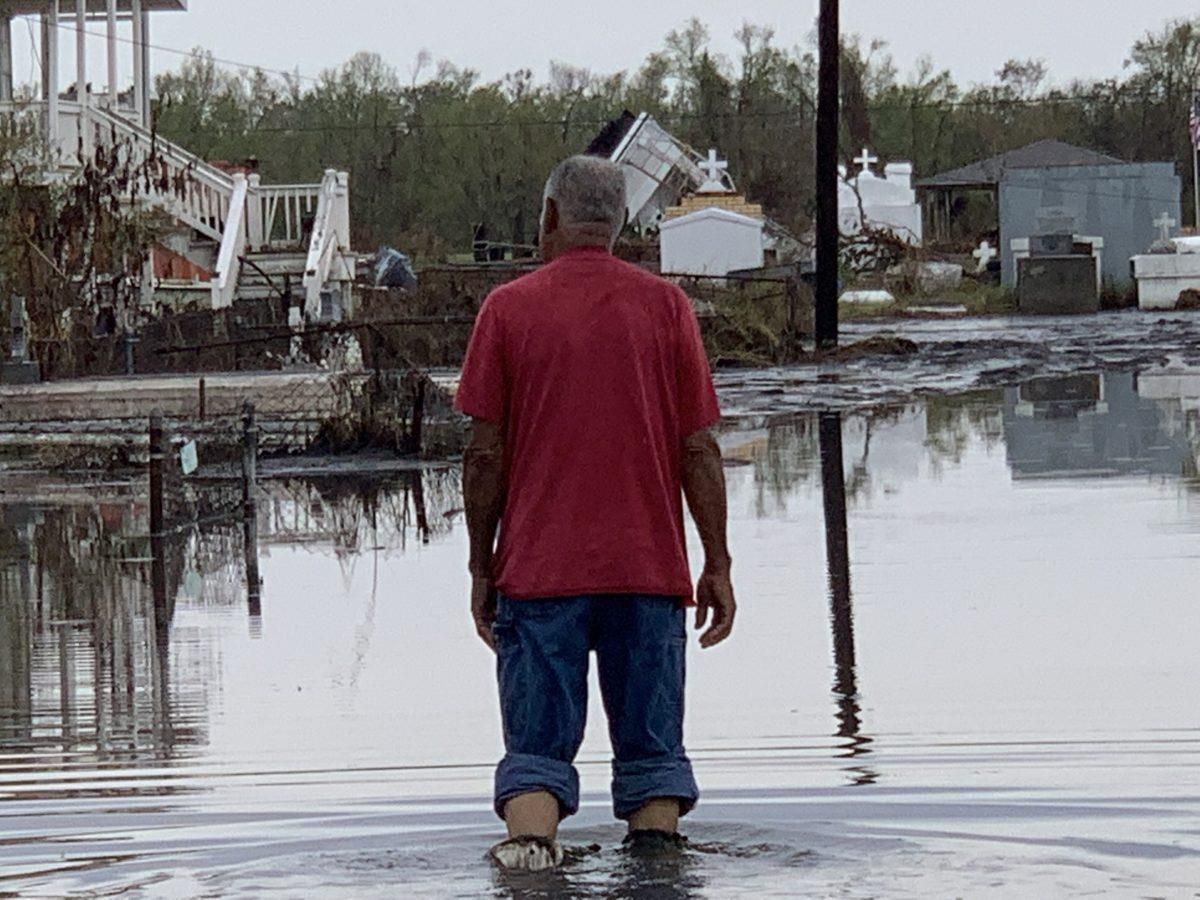 A Louisiana resident whose loved ones’ burial site was disturbed in the wake of Hurricane Ida. Roby Chavez / PBS NewsHour