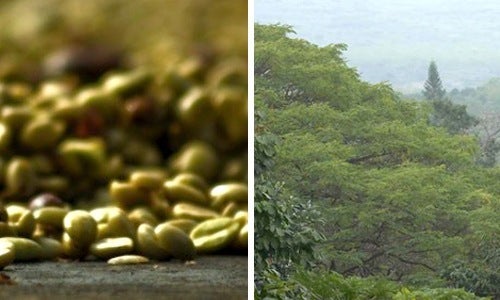 Monsanto Co. is facing another lawsuit alleging that exposure to glyphosate, the primary ingredient in the company’s flagship product Roundup, causes cancer.

Christine and Kenneth Sheppard, the former owners of Dragon’s Lair Kona Coffee Farm in Honaunau, Hawaii, have accused the multinational agribusiness of falsely masking the carcinogenic risks of glyphosate and is responsible for causing the woman’s cancer, non-Hodgkins lymphoma, the Hawaii Tribune-Herald reported.

According to the complaint, Christine Sheppard had used Roundup on her commercial coffee farm in Hawaii in or around 1995 and continued to use the herbicide until 2004. She said she was diagnosed with cancer in 2003 and, as a result, was forced to sell her farm and move to California to undergo treatment.

“She’s been diagnosed with non-Hodgkin’s lymphoma, a very serious form of cancer that’s gone to Stage 4,” attorney Michael Miller told the Hawaii Tribune-Herald. “She’s had enormous treatment and now is in remission, but is in fear of it coming back. So, we’re seeking a fair amount of damages—her medical expenses, her pain, her suffering and her mental anguish. And we’ll ask a jury to put a number on that at an appropriate time.”

The filing states Monsanto “knew or had reason to know that its Roundup products were defective and were inherently dangerous and unsafe when used in the manner instructed and provided by defendant.”

“Agricultural workers are, once again, victims of corporate greed,” it continues. “Monsanto assured the public that Roundup was harmless. In order to prove this, Monsanto championed falsified data and attacked legitimate studies that revealed its dangers. Monsanto led a prolonged campaign of misinformation to convince government agencies, farmers and the general public that Roundup was safe.”

The Miller Firm also helped Sheppard file an earlier lawsuit in November in California federal court. A month later, Monsanto asked the court to dismiss the suit, saying that the court has no jurisdiction over Sheppard’s claims since her allegedly cancer-causing exposure happened in Hawaii and the company is headquartered in Missouri, according to Law360.

Monsanto also argued then that the “plaintiff’s allegations are directly contradicted not only by the U.S. Environmental Protection Agency’s prior express approval of the product and product label but also by EPA’s consistent findings that glyphosate is not carcinogenic to humans.”