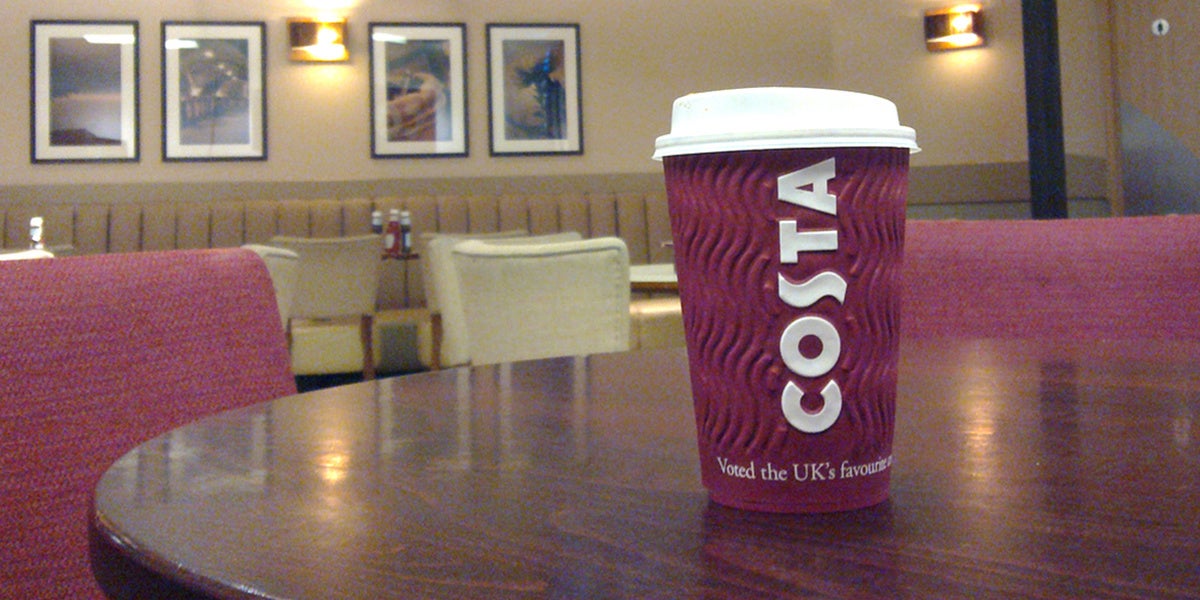 Costa Coffee pledged on Wednesday to become the first coffee chain in the UK to recycle the same volume of takeaway cups they put onto the market.

“Our new initiative will mean that for every Costa takeaway cup we sell, we will aim to ensure that one is recycled,” the British multinational coffeehouse touted.

Costa vowed to recycle half a billion cups a year by 2020, or “the equivalent of Costa’s entire yearly sales and a fifth of the 2.5 billion takeaway coffee cups consumed as a nation each year.”

Costa Coffee, the largest coffee chain in Britain with more than 2,000 stores, is making a big step in curbing the constant stream of to-go cups that end up as landfill waste. Even though these cups are mostly made of paper, these single-use items are almost never recycled or composted because they are lined with plastic.

Costa’s new initiative works alongside its ongoing in-store recycling scheme, where any takeaway cup left or returned to the shop gets recycled. Costa said it will pay waste management companies a supplement of £70 ($100)—on top of the £50 they already get—for every metric ton of cups they collect. The extra costs will not be reflected in higher prices for consumers, the Guardian reported.

“It dispels the myth that coffee cups can’t be recycled,” Dominic Paul, managing director of Costa, told the Guardian. “By creating a market for cups as a valuable recyclable material, we are confident that we can transform the UK’s ineffective and inconsistent ‘binfrastructure’ to ensure hundreds of millions of cups get recycled every year. 100 million cups will be recycled this year alone following our announcement, and if the nation’s other coffee chains sign up, there is no reason why all takeaway cups could not be recycled by as early as 2020.”

Britain throws away
2.5 billion disposable coffee cups every year, and less than 1 percent of them are recycled. The problem is much worse in the U.S., where an estimated 60 billion paper cups end up in landfills. According to Stand.earth, only 18 of 100 largest U.S. cities offer recycling for paper coffee cups.

Other major coffee companies are making efforts to go green. Last month, Starbucks, which distributes about
600 billion paper and plastic cups worldwide per year, committed to bring a fully recyclable and compostable paper cup to market in three years.

Dunkin’ Donuts
announced in February that it is phasing out its landfill-clogging polystyrene foam cups in favor of paper cups. The plan, the company said, will prevent nearly 1 billion foam cups from entering the waste stream each year.

Dunkin’s new double-walled paper cups are made with paperboard certified to the Sustainable Forestry Initiative Standard. However, these cups are “mostly recyclable,” as in their recyclability depends on whether your state or local waste management services can handle them.

Of course, every eco-minded coffee lover should know that if you purchase a beverage from a coffee shop, either sip it from an in-store mug or bring your own thermos. It’s not just better for the environment, it often saves you money. For instance, Costa gives a discount of 25p (about 35 cents) to customers who bring their own reusable cups.